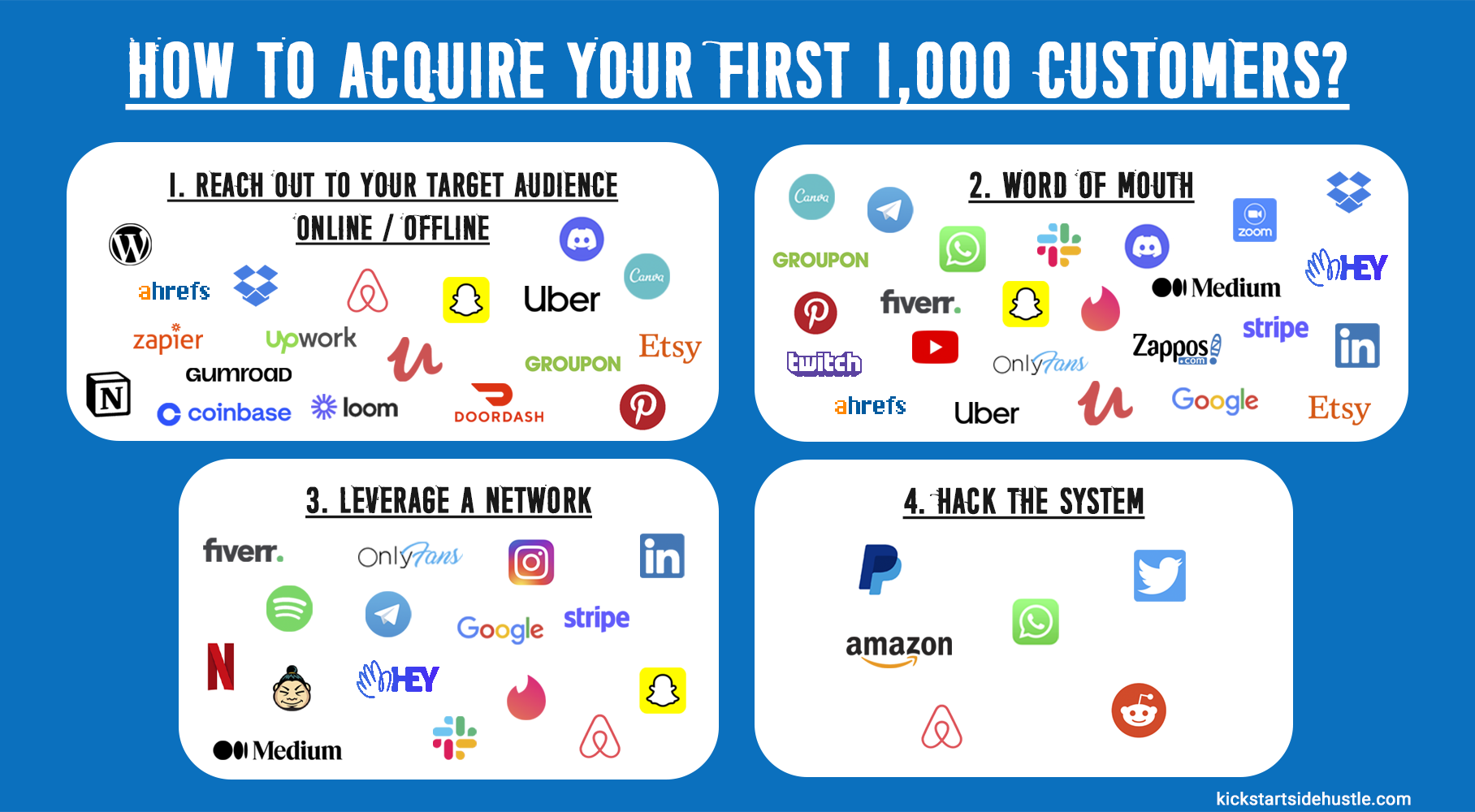 Pssst...
There's an expanded version of this article with over case studies of 48 billion dollar companies! click here to read

How OnlyFans got its first users

Make use of your previous experience

The founder of OnlyFans is Timothy Stokely. Previously, he had similar startups, like GlamGirls, GlamWorship, and Customs4U.

OnlyFans accounts had automatic Twitter integration. The creators could share their referral links easily on Twitter. Their fans could see it immediately. It worked seamlessly since day 1 of OnlyFans and generated a great boost to the traffic.

OnlyFans got so popular thanks to its loose censorship policy. Adult movie stars were able to post their content that would get quickly banned in most of the other places like that. That feature attracted a certain number of users.

How Canva got its first users 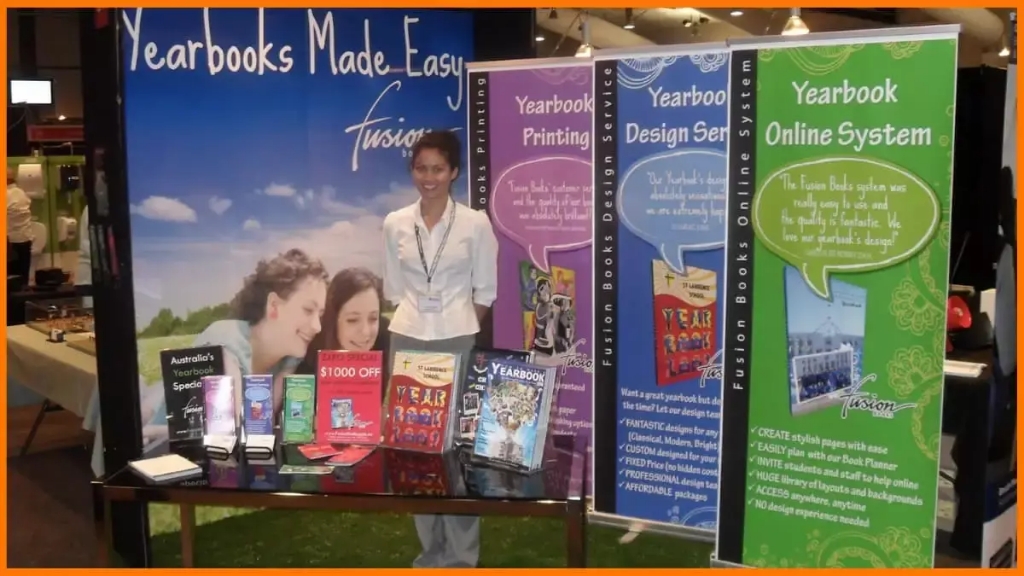 Canva started as Fusion Books, an MVP founded by Melanie Perkins and Cliff Obrecht. Schools could design and create high-quality yearbooks for students. During her studies, Perkins was teaching students about design. She noticed that students had a huge need for a simple graphic design tool. She wanted to make the process of creating visuals much easier and simpler. What the market offered then (Adobe and Photoshop) was for more experienced users.

Perkins and Obrecht made some cold calls to schools to pitch the idea of Fusion Books. Obrecht modulated his voice when the schools wanted to speak with the project manager. They have reached 400 schools thanks to this method. They even sent some free samples of the designs to be even more convincing.

Spreading the word through conferences and people

To promote Canva, Perkins kept going to as many conferences and meet-ups as possible. She attended conferences for bloggers, designers, and social media marketers. She pitched Canva to the attendees.

Perkins and Obrecht reached out to popular designers and graphic design influencers. They asked them to talk about Canva and recommend it to their followers and fans.

Perkins and Obrecht built a community around Canva with their efforts. They had people, so they could build a waitlist. It was all before Canva even started. Their waiting list gave the couple their first users.

50,000 users have signed up on their waitlist before Canva's public launch. It got to 150,000 pretty fast thanks to Guy Kawasaki, a tech influencer. One of Kawasaki’s employees was using Canva and made the influencer get interested in the app. Kawasaki supported Perkins and Obrecht when they were building that list. 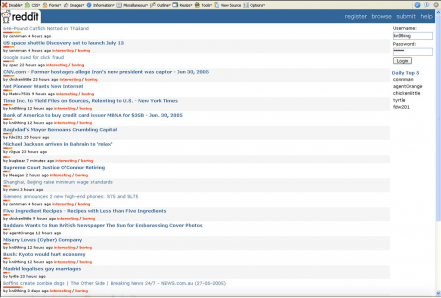 The team would put $500 worth of stickers all around Boston to tell people about Reddit and make it more visible.

Reddit founders had a “chicken & egg” problem. When you have no users, you have “no site.” The founders were faking traffic to attract real users. Soon, several fake accounts started posting various links. They kept doing this for months until they got some real traction.

3 years after the launch of Reddit, users could submit their own subreddits. This feature attracted new people. It gave steady growth at the beginning. Until at least 2012, subreddits made Reddit grow rapidly.

When the number of people was too small to form subreddits, Reddit’s creators put all users in one place. It was a trick to create a “feeling” that the platform is more “crowded” and popular. One group with 100 users looks much better than a group with 10 people. “No users” is generally “no website.” 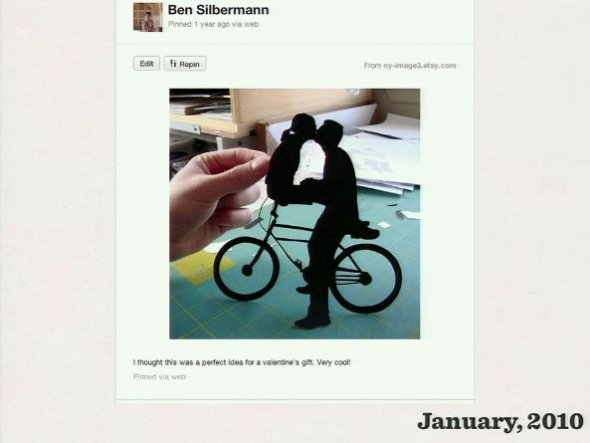 The first Pinterest’s users were from the creator’s hometown, Des Moines. The founder, Ben Silberman, was organizing meet-ups at local boutiques and handed out invites to the attendees. The word spread further within smaller groups and clubs. First 3,000 users appeared within 3 months, thanks to word of mouth. The most interested people were those involved in some DIY and handicraft stuff.

The founder’s friends and his network were the first to hear about Pinterest. He sent a couple (100-200) emails to ask people to check out the app. In those emails, he said that Pinterest had an exclusive (small) community, and that he would be happy to have the reader on board.

In less than one year after Pinterest went beta, there were less than 10,000 users. Silberman contacted about half of them directly to invite them on the platform. He left them his phone number, so that they could call him any time. People felt appreciated. They accepted the invitation to return the “favor.”

How Slack got its first users 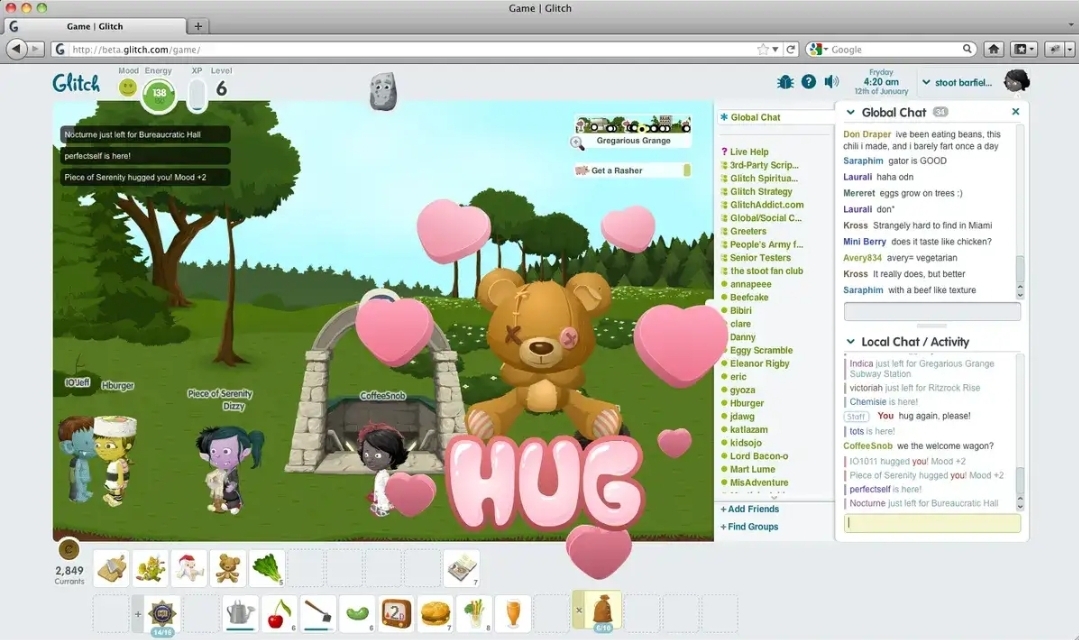 First, there was an online multiplayer game, Glitch. The game had an internal chat system. This feature became very popular among the players, but the game itself failed.

Butterfield's team noticed the popularity of the chat system. They decided to make it a separate project.

Slack’s founder, Stewart Butterfield, was also the creator of Flickr (a video/image hosting service). He was widely known by various communities. His Twitter accounts had thousands of followers. He tweeted a lot about Slack. The word spread pretty fast among people. 8,000 users signed up on Slack's day one.

Butterfield reached out directly to the journalists. His team informed them about a new project “from the author of Flickr.” It gave Slack a boost - about 20% of Slack’s user growth was because of media.

How BuzzSumo got its first users 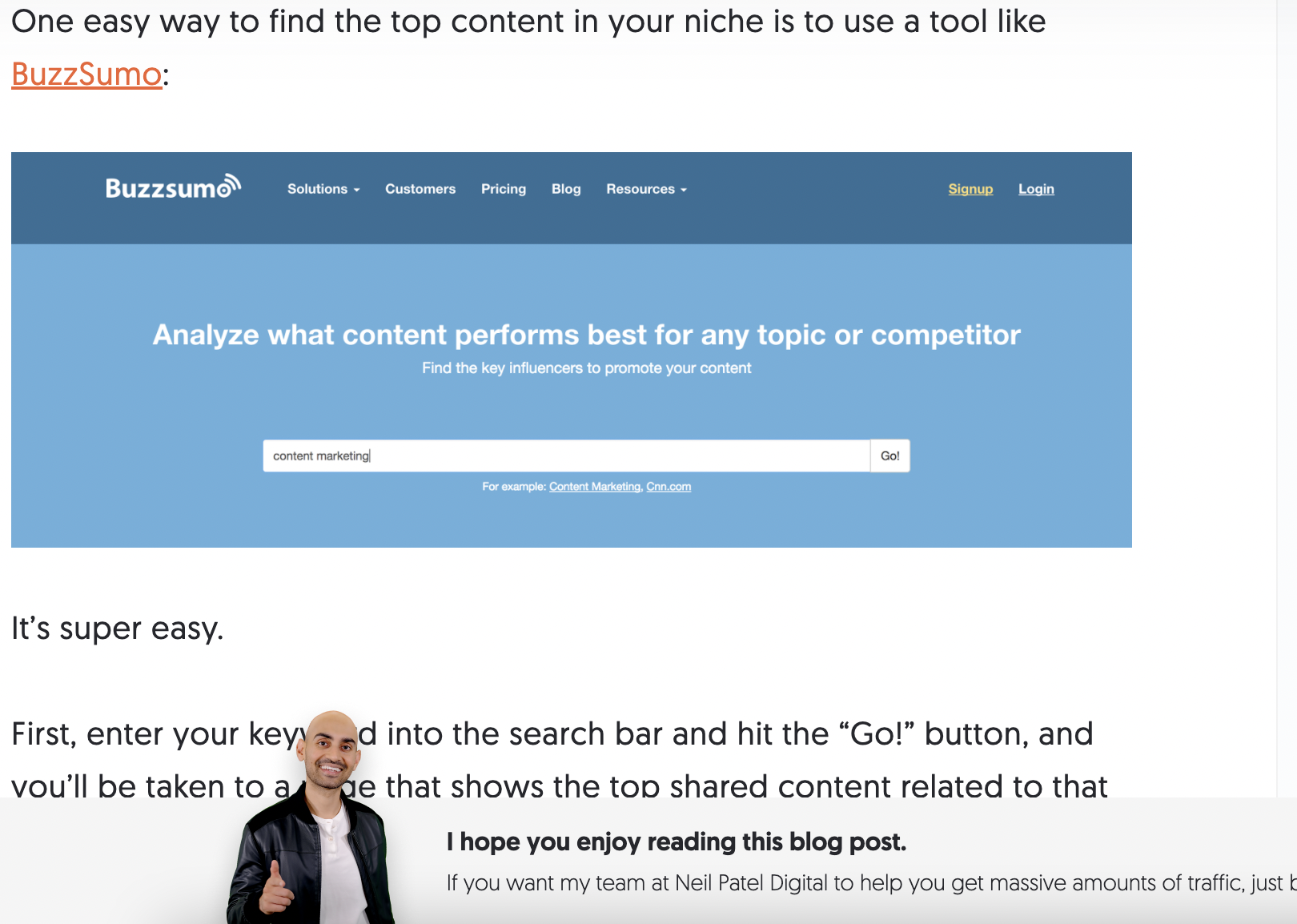 BuzzSumo focused on influencer marketing. People with expertise in the industry of SEO and content marketing supported the app.

The founders reached out to highly popular marketers and similar communities. For example, names like Larry Kim, Ian Cleary, or Lee Odden were there on their list.

Organic growth was important for BuzzSumo in the beginning. The creators focused on developing the product itself. Then, they asked the audience. It was a loop of getting feedback and fixing the product. Finally, they had an awesome thing that everybody talked about and shared.

How HEY (email) got its first users 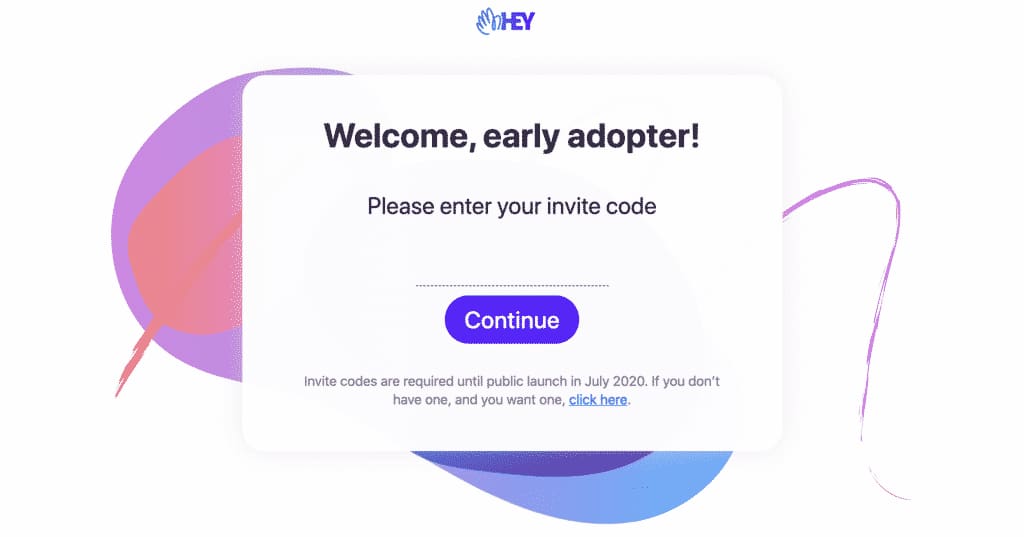 Jason Fried and David Heinemeier, the founders of the Hey email app, had already been popular before launching it. Their previous startup, Basecamp (a project management tool), helped them build their personal brands. The founders had hundreds of thousands of followers on their Twitter accounts when they came up with Hey email.

They tweeted about the app before they launched it, and kept gradually letting people onto their waitlist.

The waitlist method has worked for many businesses. Fried and David used it to pump up the hype around Hey email. One week after the app's launch, they already got more than 100,000 people.

How WhatsApp got its first users 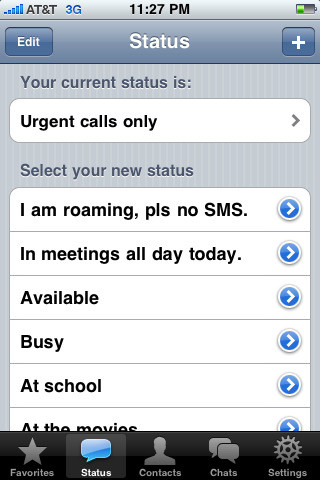 Jan Koum, WhatsApp’s founder, attended weekly meetings at his friend’s place. There were a lot of local Russians, and Koum pitched WhatsApp to them. It gave him the first dozens of users.

App Store didn't have many apps at that time. Koum discovered that the “What's New” section got a bug. That could be easily abused by making small changes to the name of his app.

Koum kept changing the name of WhatsApp on App Store. It keep the app at the top of the App Store's "What's New" list. This little cheat made WhatsApp stay there for as long as the bug didn’t get fixed by Apple. It was enough to collect the first 1,000 users.

How Snapchat got its first users

Evan Spiegel and Bobby Murphy, the founders of Snapchat, pitched their app (called then “Picaboo”) in their community:

It didn’t get them much popularity, though. They got only 127 users, and all of them were their friends.

Snapchat started to grow when Spiegel and Murphy made it available for iPads. The target audience was teenagers and students. But, not many of them had iPhones at that time. iPads were more common.

Murphy took a job as a coder in a company selling iPads and learned their system. So, he thought Snapchat should be available not only for iPhones but also for iPads. That slowly took the user count to 1,000.

Evan’s mother told her niece about Snapchat - she liked it. The girl was at Orange County high school, which distributed free iPads for their students.

High schoolers fancied the app’s disappearing messages feature. They used it to take pics of notes for school tests. It was easy to get rid of evidence when the photos disappeared.

Pssst...
There's an expanded version of this article with over case studies of 48 billion dollar companies! click here to read