Jake & Logan Paul – YouTubers who made their careers first on Vine. They are both among the top 10 highest-earning YouTubers. Jake & Logan Paul social media strategy circles around pranks, dramas, and apologies. They have over 20 million subscribers each. Formed Team10 - a squad of YouTubers living together and an incubator for social media talent.

David Dobrik – another one of the highest-earning YouTubers with over 18 million subscribers who started on Vine. Known for viral-engineered stunts such as driving through car wash in a convertible. He created a YouTube ensemble called The Vlog Squad.

Ekipa – the most famous Polish YouTube squad living together in a villa with over 1.5 million subscribers, while they were brought together by Friz (4.3 million subscribers). Known for prank and challenge videos and turning everything they do into gold.

What do they all have in common? They followed similar paths and rose to millions of subscribers and powerful brands.

How did Logan Paul start?

Logan Paul started on the Vine platform in October 2013, when he uploaded his first video. He had some athletic background, so some stunts were quite easy for him to perform on his viral videos. Once he got traction, he moved to YouTube and created his channel there.

How did David Dobrik start?

David Dobrik was introduced to the world of social media by Natalie Mariduena, his assistant and best friend, when he was 16 years old. Similarly to the Paul brothers, Dobrik stared on Vine by uploading his short videos. Vine was thriving when Dobrik joined  it, so he was at a good point for a decent take-off. 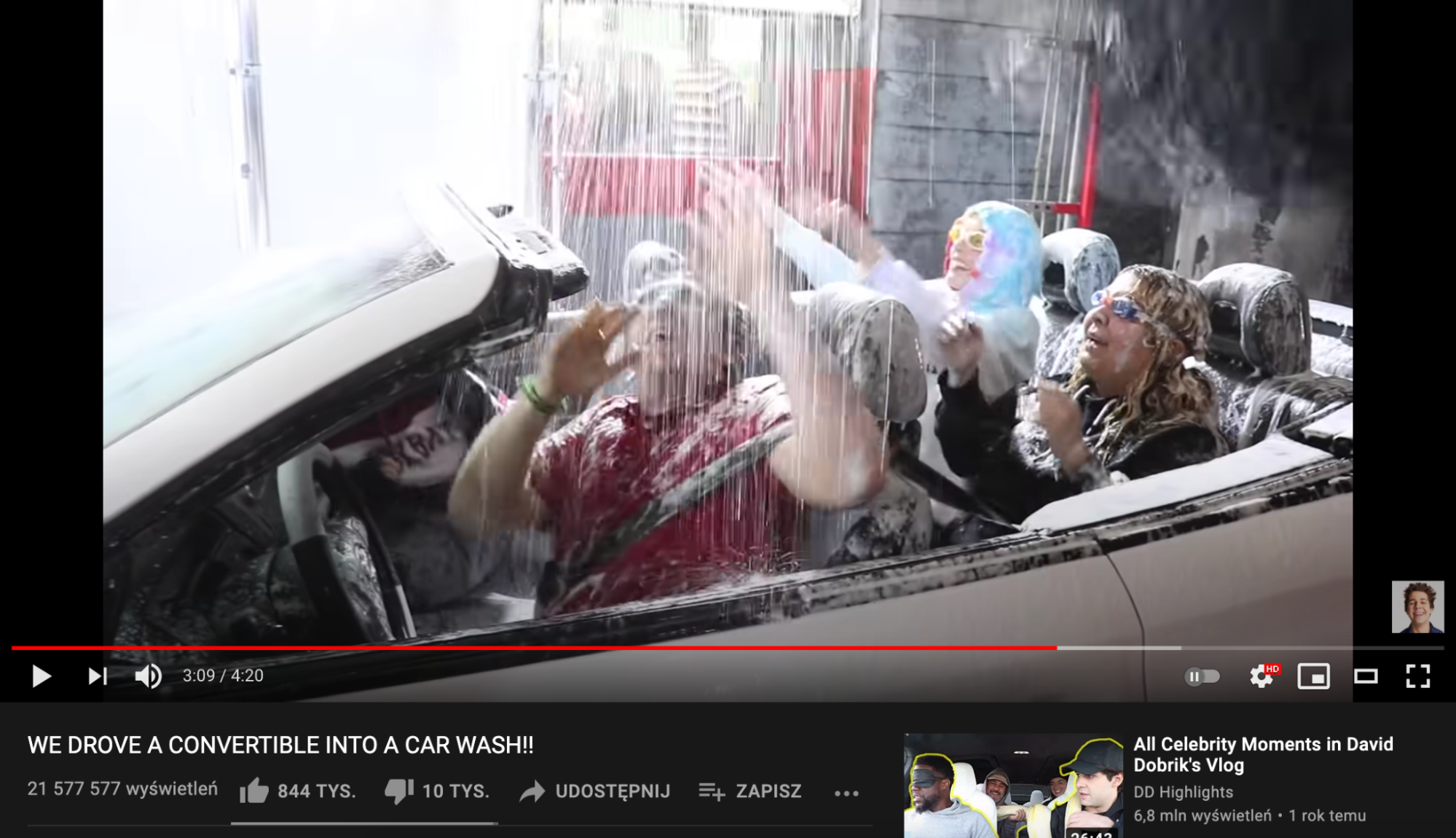 The Paul brothers and David Dobrik spotted the trend in Vine, a social video platform for 6-second clips. Once they’ve found what goes viral (pranks and challenges, apparently) and managed to publish viral videos repeatedly, they saw a constant growth of their channels.

Friz had an eye for spotting trends and riding them. His first videos were about Minecraft, then PokemonGo and that made him one of the biggest gaming YouTubers in Poland. Then, following Logan Paul’s example, he started recording prank videos with his friends who later formed into a squad. 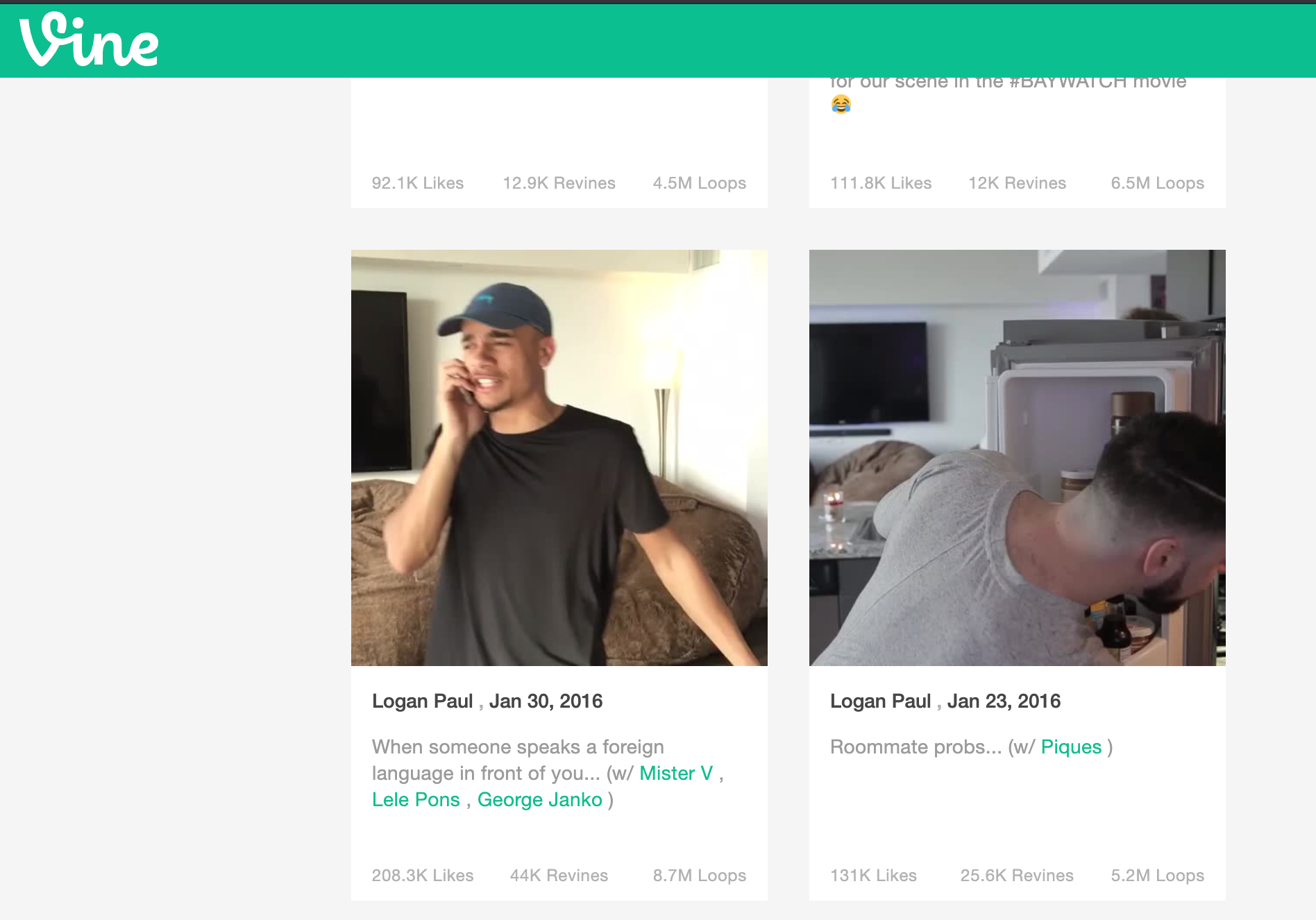 How did Logan Paul go viral?

Jak & Paul Logan went viral in social media thanks to a Vine platform. Going viral repeatedly is a huge growth driver for social media. When Jake and Logan Paul found Vine, they’ve had a bet on whose vine will get more views. The first success led to thousands of views and brought over 5,000 new followers.

After they learned what video went viral, they repeated it in new creative ways and kept growing their audience on that.

How did David Dobrik become rich?

David Dobrik made money from short-form videos, and his content was primarily based on touring and podcasts, although his best known for his vlogs. There go various advertisements that pop up on his episodes on YouTube.

Jake & Logan Paul as well as the other mentioned YouTubers follow the same approach to the content they produce. They do various stunts that make viewers laugh, leave them shocked, or anything in between. It’s Jackass mixed with Big Brother.

First, the viewers are reeled in by a viral stunt, such as the one with going to car wash in a convertible or by using caps headlines like „SHE’S NAKED” (yup, that’s a real one). Then, they stay around by watching daily vlogs which may or may not contain some stunts. It makes the viewer relate to the content creator. From time to time, a new viral is made to serve the existing audience and grow it with new subscribers. 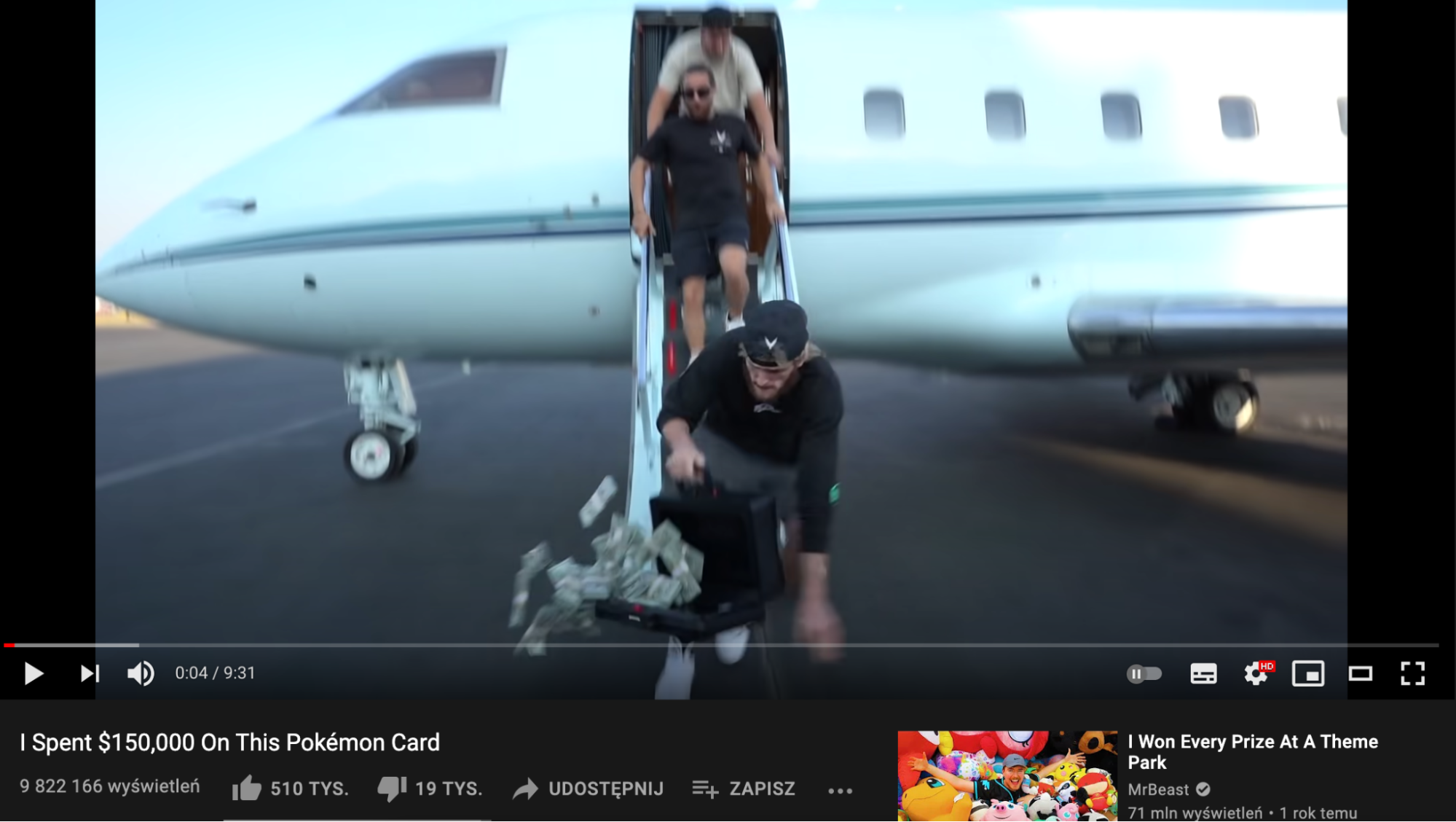 The Paul brothers have made their careers on Vine, but they published to other platforms, such as Snapchat, Instagram, or YouTube in a form contextual to the platform.

For example, Jake Paul’s YouTube was mainly vlogging, portraying his life and giving a sneak peek to how he recorded the vines. It’s similar with David Dobrik and Ekipa – they all present anywhere their audience is.

Another case is moving the audience from Vine to YouTube. Both Jake and Logan Paul did well with that by simply uploading Vine compilations to the platform – they got millions of views in a matter of few weeks.

Dobrik, the Paul brothers and Ekipa boomed in popularity after they began to post daily. All the famous YouTubers kept posting when they started. Overnight success is possible with viral videos but if you keep repeating that every day or week, you’re shooting for the moon.

All three cases know their audiences well. They have grown them on a content that mainly attracted teenagers and served teenage-oriented content, with an edge specific to each of the creators. They all realized that their content has to stay relatable, so as their audiences grow, they grow with them.

For example, this made Jake and Logan Paul start their pro boxing careers. Dobrik and Ekipa are still looking for a more relatable content to their audiences – but it doesn’t have to be on YouTube. It can be products such as Dispo app or clothing brands.

Some controversies have surely added some spice to Jake & Paul Logans popularity. Making edgy content with all these pranks and challenges makes it easy to cross the line. Logan and Jake Paul as well as David Dobrik have crossed it several times during their YouTube careers.

On the other hand, Friz and his Ekipa might have learned from other YouTubers and keep their content family-friendly, trying to stay away from troubles. This also allows them to maximize their revenues.

Why was Dobrik cancelled?

It happened to him because of that controversy which rose around him. It eventually led to Dobrik losing all his sponsors after several serious accusations around sexual harassment and bullying in The Vlog Squad and backlashed many times to Paul brothers.

This edgy approach to content has led to numerous dramas which, no matter why they started, brought spotlight to these YouTube celebrities as they were widely commented across other popular channels.

For Ekipa, it’s slightly different as the „controversies” around them refer to their earnings. They are the first YouTubers who succeeded on this level and are famous beyond YT, making boomers ask questions like „How can they earn so much on such stupid stuff?!” This also brings them more views.

There are a number of things that attract audience to Dobrik’s social media channels:

As of January 2022, those numbers are as follows: 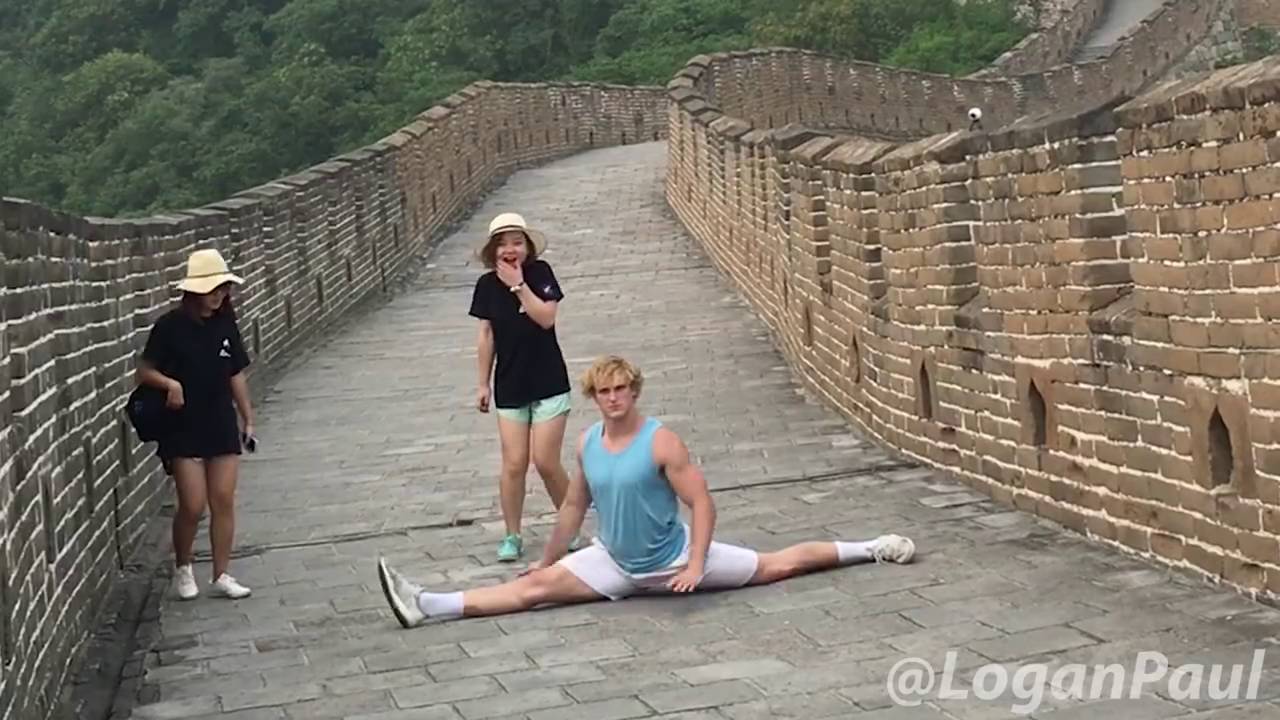 The story behind the success of the Paul brothers is just how the whole Internet works. If you are smart, have an eye for what’s trending at the moment, and you know how to be funny and attract your audience, then you might have a chance to repeat Logan Paul success story.

As of 2021, David Dobrik’s YT channel had around 19 million subscribers and a total of more than 8 million views. As of January 2022, his numbers are as follows:

It seems that he focuses mostly on his TikTok, where a major part of his community is gathered.

A wide portion of how the audiences around YouTubers grew were through social proof. Going viral often means having a shareable content. When something is shared by the people you know, you’re more likely to perceive it as a direct recommendation and watch it.

That also works for the teams built around these YouTubers – their influence on regular people grows audiences of their YT-friends.

All these successful YouTubers know the power of storytelling. People remember stories well and focus their attention on them. Dobrik, Paul brothers, and Friz and Ekipa produce their videos to tell stories as well as all the videos combined tell a story about the creators themselves.

This makes for a TV series-like impression that keeps the audience waiting for the next episode.

We believe brands that feel authentic. This is why people like watching vlogs – because they are rawer and give the audience a reality tv-like glimpse into the lives of the online celebrities they like.

Watching something that involves emotions–a comedy or a horror–lead to dopamine or adrenaline shots (depending on the stimulus). That makes the brands better remembered and if practiced often enough–can even lead to sort of addiction.

If you just want to get popular as a content creator, producing content that is designed to go viral is definitely the first step. Simply copying the biggest YouTubers might not be enough but if you keep trying and eventually hit the bullseye - just keep doing the same type of content with consistency. Great content that plays on emotions and keeps landing in front of the audience’s eyes is what made David Dobrik, Jake and Logan Paul, and Friz and Ekipa millions of followers on various platforms.