How Michelin star rating system was created and has become the highest possible prestige symbol for restaurants worldwide? (7 min read)

Michelin star rating system - a system of awarding restaurants with one to three stars to tell how good they are. In 1900, Michelin started publishing Michelin Guides with a list of all the restaurants ranked this way. Once popular from tire production, now Michelin is also associated with places to eat. 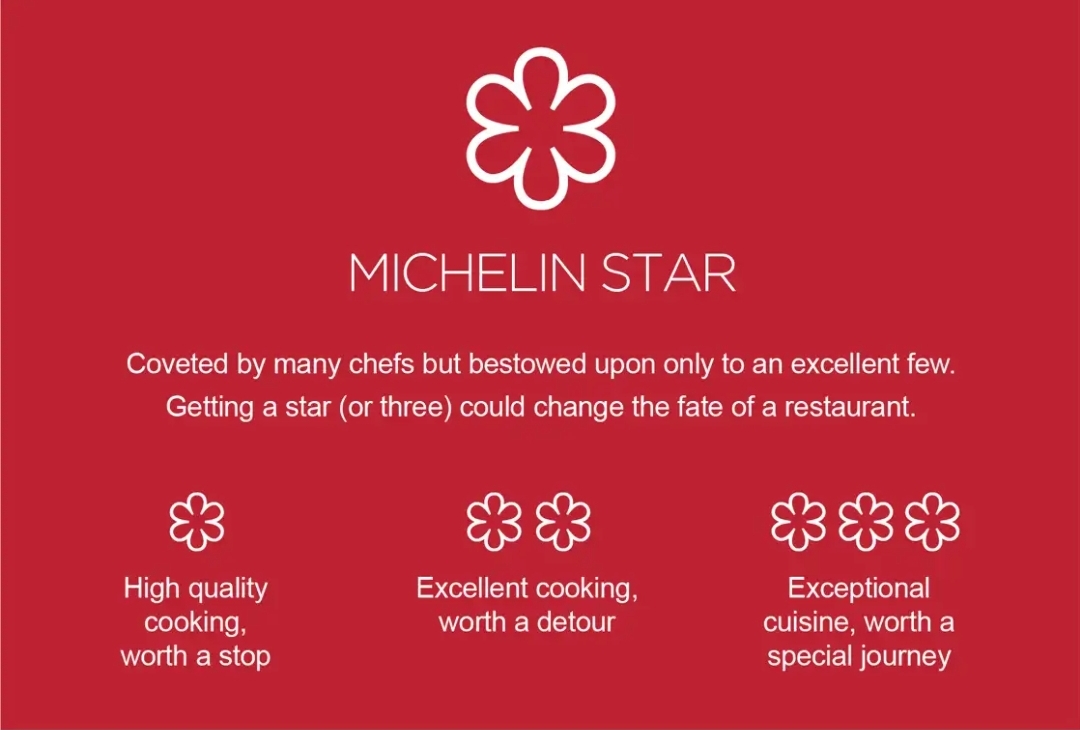 What Michelin stars mean is basically how good the food is in the rated restaurants. It started from the Michelin Guides, and the star rating system was fully introduced in 1931.

In 1936 they got their rating criteria, which defined each star: 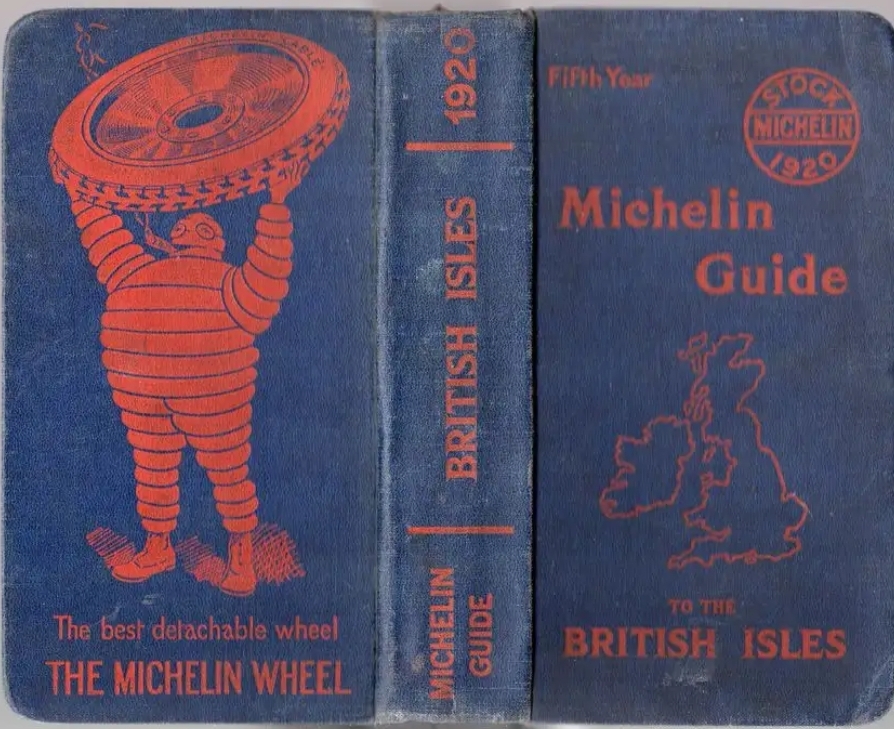 Why did the Michelin Guide start?

Back in 1900, when the Michelin brothers came up with the idea for their branded Guides for motorists, there were few cars. They wanted to sell more tires. They thought that they would give their potential customer reason to go on journeys. It was their side project.

They published their first guide with 399 pages and useful information about where a traveler could stop by on his journey. The guide also had advertisements about Michelin's tires. The greater the demand for the cars, the greater the need of buying more tires.

At first, the book was given away to French motorists and places useful for them without any charges. But, when André Michelin, one of the brothers, visited a tire shop where Michelin Guide was used to support a workbench, he got mad. He decided to start charging about $2 per book. 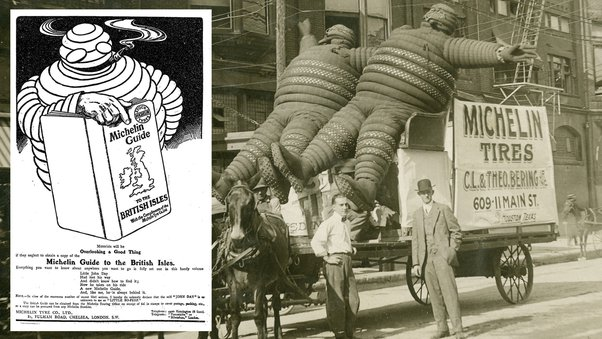 The Michelin Guide was the company’s viral side project. Its primary goal was to increase the tire sale by telling people about places worth visiting with their cars. Although it helped the tire manufacturing business, it has also become a profitable business on its own.

How did the Michelin stars start?

At first, the Michelin Guide (in nearly 35,000 copies) was more of a travel guide with tips about petrol stations, hotels, and other useful places for French motorists.

When the brothers started charging $2 for their book, they introduced their star rating system for restaurants soon after that. The first star was born in 1926. By 1931, the system had all of the 3 stars. 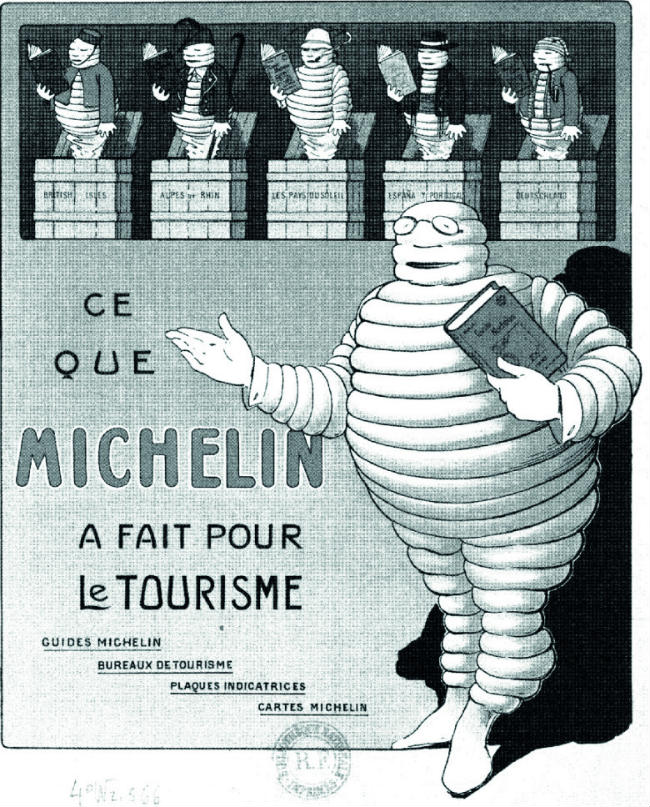 Basically, it was a very cheap and good method. The critics could eat whatever they wanted in the amount they wanted. They weren't paid for their services by the company, but what they got was free food. If the restaurant happened to be good, they had the chance to eat quite a nice dinner for free.

In 1997, Michelin introduced a separate award for those restaurants which serve good value-to-amount types of food. It is called a Bib Gourmand award.

The Bib-awarded restaurants may not have such excellent cuisine, but the Michelin Bib Gourmand award is still an honor. It is also a useful piece of information for less wealthy drivers who still want to dine well during their journey.

Michelin was a leader in tire manufacturing back in the days. People were interested in what the company they trust thought about other things, such as a place to dine.

Fear of missing out is our anxiety that we can miss some valuable pieces of information. There was no Google running in the times of the first Michelin Guide. The book became the compendium of all the useful information for the drivers.

There is a saying that the best price is when it's for free. The zero price effect worked at the beginning of the Michelin Guide story. People liked to know what's inside the book and many fell for the free set of valuable info.

The effect vanished pretty soon because people stopped caring about something they hadn't paid for. Still, Michelin got a nice initial boost thanks to their first 35,000 free copies of their guide.

Chunking is dividing information into sections and subcategories. The guides had lists of various petrol stations, restaurants, and hotels, divided into several categories. It was easier to find what people were looking for. The paper books don't have the Ctrl + F option, so presenting information in a smart way is often a great idea.

Today, the information you could get from the guides is available online. The website guide.michelin.com continues the many-year tradition of star rating restaurants and hotels.

The Michelin brothers wanted to increase tire sales. Not many people had cars then. To make them change their tires regularly, the brothers needed to give them reasons to travel. They defied the odds by issuing Michelin Guides. It was a bullseye because there hadn't been any other French sources of information of that scale before.

There are many businesses creating brand awareness by kickstarting viral side projects. This concept proved time and time again to work!