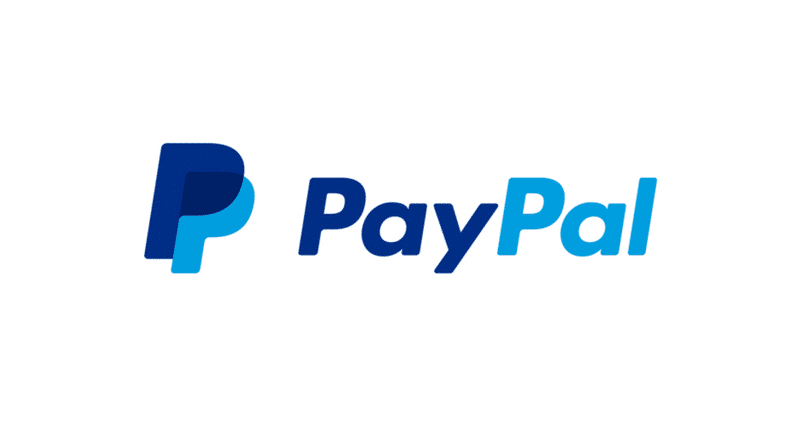 The exact dates of certain marketing moves are hard to find. Yet, some early growth hacks have been mentioned here and there.

PayPal was in fact a remarkable product. It heavily improved the experience of wire transfers. Instead of using hard to remember bank account IBAN codes, you could simply enter an email from your address book or provided by the seller.

The answer is: Max Levchin and Peter Thiel. They founded the platform in 1998, but they called it Confinity. In 1999, they launched it as a place for sending and receiving money transfers.

In 1999, Elon Musk created X.com, an online payment company. It was one of the first internet bank. In 2000, X.com merged with Thiel’s Confinity, and Musk became CEO of the newly-formed coalition, simply called X.com. Soon, Peter Thiel was announced a new CEO of X.com, and when that happened, the company was named PayPal as it know it today.

By the time PayPal got sold to eBay in 2002, Elon Musk has become the company’s largest shareholder, which enabled him to get as much as $165 million in share from the transaction. 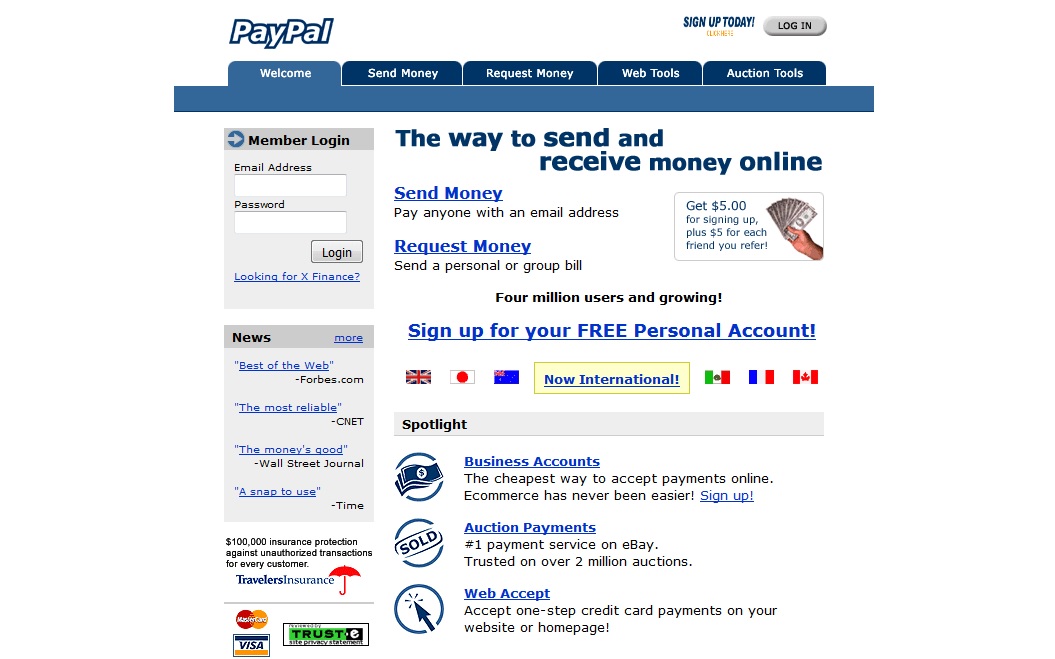 Distribution channel that would be hard to duplicate. And hidden from the eyes of their competitors. So they targetted eBay's Power Sellers. These were the top 20,000 merchants on the platform:

They created a bot. Or, to be more specific, they wrote an algorithm.

It would:
a) go through certain types of auctions,
b) bid on them,
c) and then send an email insisting on paying via PayPal

Why email? eBay wasn’t the real platform for auctions. E-mail was.

When the auction was won people would receive emails with notification. PayPal's bot got optimized for timing. Very often PayPal would notify people that they won the auction before eBay did! And it looked good!

After winning the bid to gain more trust it would present itself as a charity. Via email, the seller would be informed that the auctioned items were going to be later donated, but they could only pay using PayPal.

The trick with the charity worked psychologically, too.

The sellers were double winners here:

And if the bot lost it, they still got exposed to PayPal.

PayPal's team has also reached out to Red Cross and formed a partnership. The bot had its own email address registered. It was charityrobot@paypal.com. It boosted their authenticity

All of the above let PayPal dominate the market, giving them 33% of eBay's market share

Large budgets do the trick

It would be great to read about PayPal as an underdog winning over bigger players but in fact, it had massive financing from Elon Musk who had sold his previous venture, Zip2, for $305 million and got $22 million home. Another founder, Peter Thiel had been already running his VC in Sillicon Valley. There was quite some money to spend.

PayPal was built upon the incentivized referral scheme. The creators have found out that their initial cost of user acquisition was larger than $20, so instead of spending that on advertising, they could simply pay that to users. This strategy has proven to work with staff’s friends who registered for a bonus of $1. As a client, you could get even $20 for referring a friend after they’d opened their account. That amount had been eventually dropped to $10, $5, and then the referral had been stopped.

That drove exponential growth, but at a $60 to $70 million cost, as Elon Musk recalls it. Peter Thiel adds that the daily growth was at 7 to 10%, and it quickly got them to 100 million users. That was a high-risk move since it generated enormous costs at little revenue. It eventually worked out with millions of people using the platform.

Once the open referral program got dropped, it was continued for merchants for as long as PayPal achieved a large enough pool of merchants.

PayPal identified that their target market lies on eBay and as such, they divided the market adoption into three phases:

The success of this strategy was to start with a small market and then expand. The first target was eBay Power Sellers – the top 20,000 merchants on the platform. Marketing PayPal as a new payment platform directly to that market turned into 33% market share after just 3 months!

Rising during the bubble

Let’s not forget the timing - late 90s and early 00s were the times of a tech boom known later as a dotcom bubble. That led to a massive interest in the space and users in the meantime.

Actually, the PayPal acquisition happened at the best possible time – it got a financing round in March 2000, just before the bubble popped. This allowed the company to survive and continue to grow. 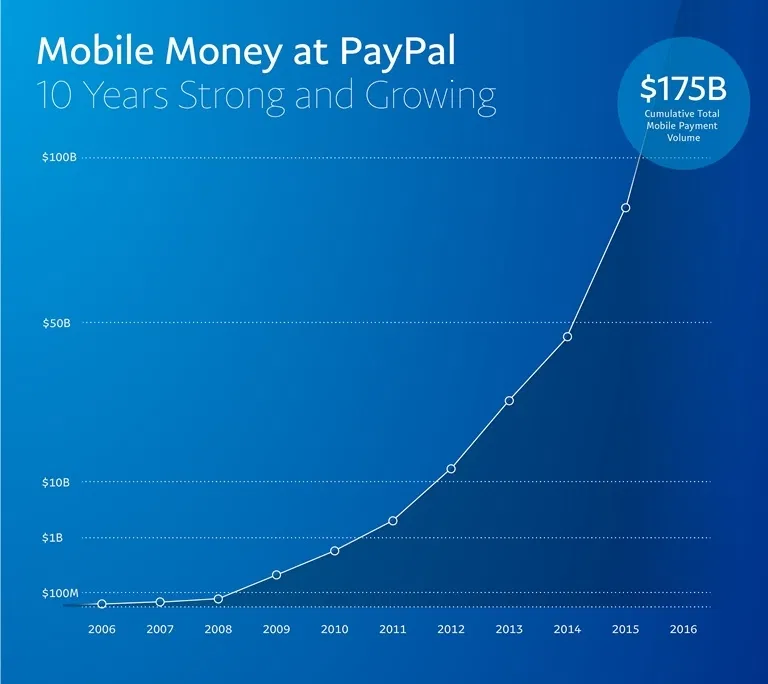 Such a payment platform had to witness a true network effect - where for every one customer acquisition, you get two or more. Thiel knew they have to reach 1 million user count to make it, while advertising was too ineffective – hence paying customers to use the platform.

The paid referral move was extremely risky since PayPal paid not only for one referral but for every single one from one user. That led to getting hundreds of thousands of new customers and with large volumes already on the platform – they only had to place a small fee on customers’ transactions to reach profitability.

Once PayPal has got bought by eBay for $1,5 billion, many people working for PayPal simply left. eBay’s corporate culture didn’t seem to match some of PayPal’s former employees.

Those people went on to form separate companies and firms, which took advantage of the never-fading popularity of the Internet and its services. The group of PayPal Mafia also includes people who created PayPal and those who contributed greatly to the success of the whole platform, namely:

Of course, that list could go on like this forever… However, what seems to be interesting here is that every single member of PayPal Mafia had had something to do with the Stanford University or University of Illinois at some point during their studying times. 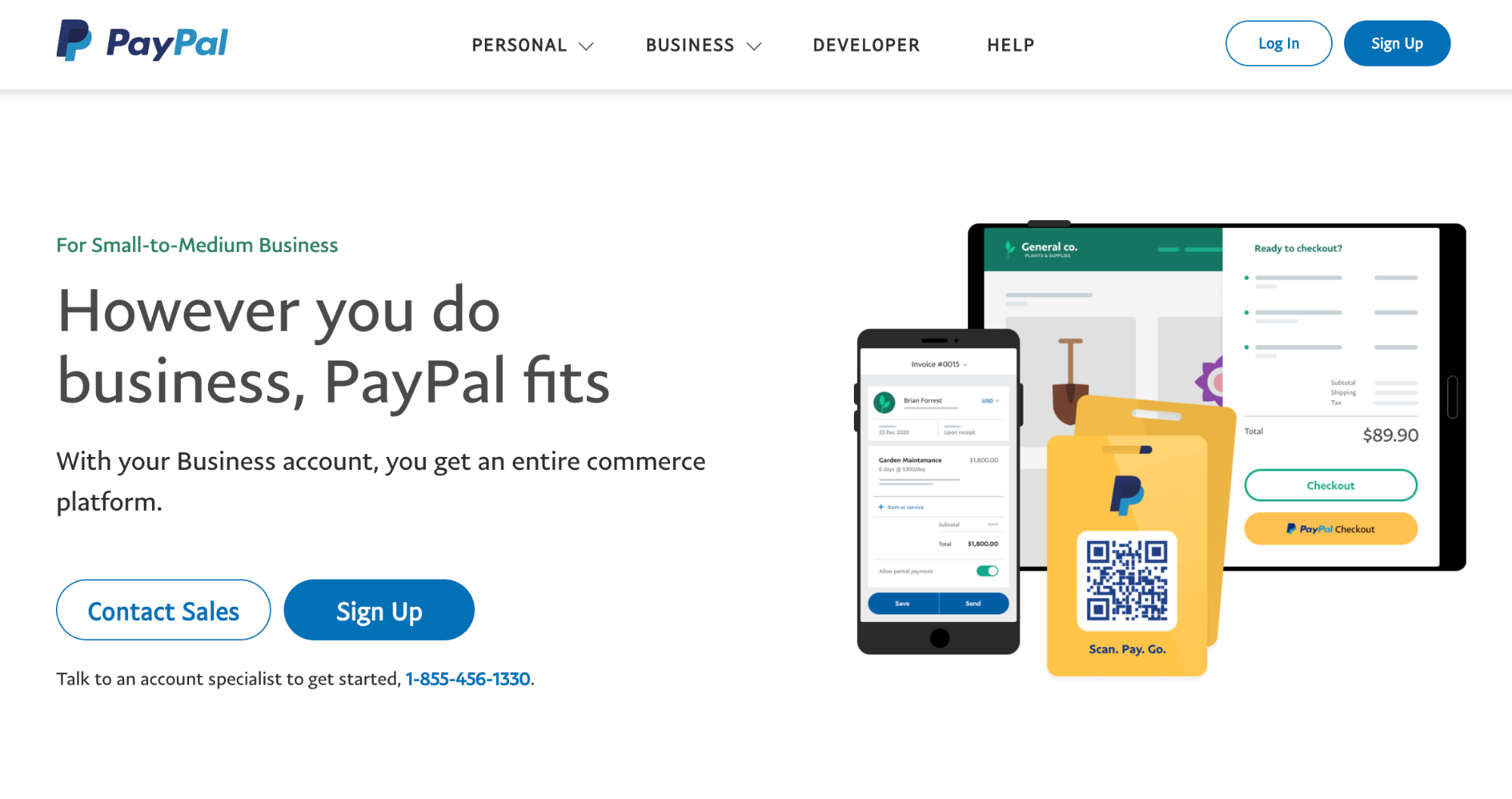 The most powerful psychology aspect of PayPal’s success was utilizing reward bias. People are much more likely to perform an action if promised a reward for taking it.

Once PayPal gained more and more users, others joined as the platform seemed to be the go-to solution for online payments, especially on eBay. That’s why using the bot to buy items on eBay could be so successful at a later stage.

Merchants could eventually prefer using PayPal since spending money in a cashless manner is less painful and therefore, people spend more this way.

PayPal didn’t introduce a simple transaction fee. It was a service fee for securing the payment. With such framing of the fee, merchants had a more positive approach towards sharing their profits with PayPal.

PayPal rose to power over 20 years ago which is ages in the tech space. However, its simple growth tactics might work today as well – focus on referrals and provide a good incentive for that. Just think twice before taking the risky route – such as the one of PayPal. They could afford high costs with serious financing – your side hustle might not have such a luxury.

Growth marketing tools might be very useful as well at every stage of your business. As well as proper analytics like Hyros pricing. But you need to leverage it wisely.