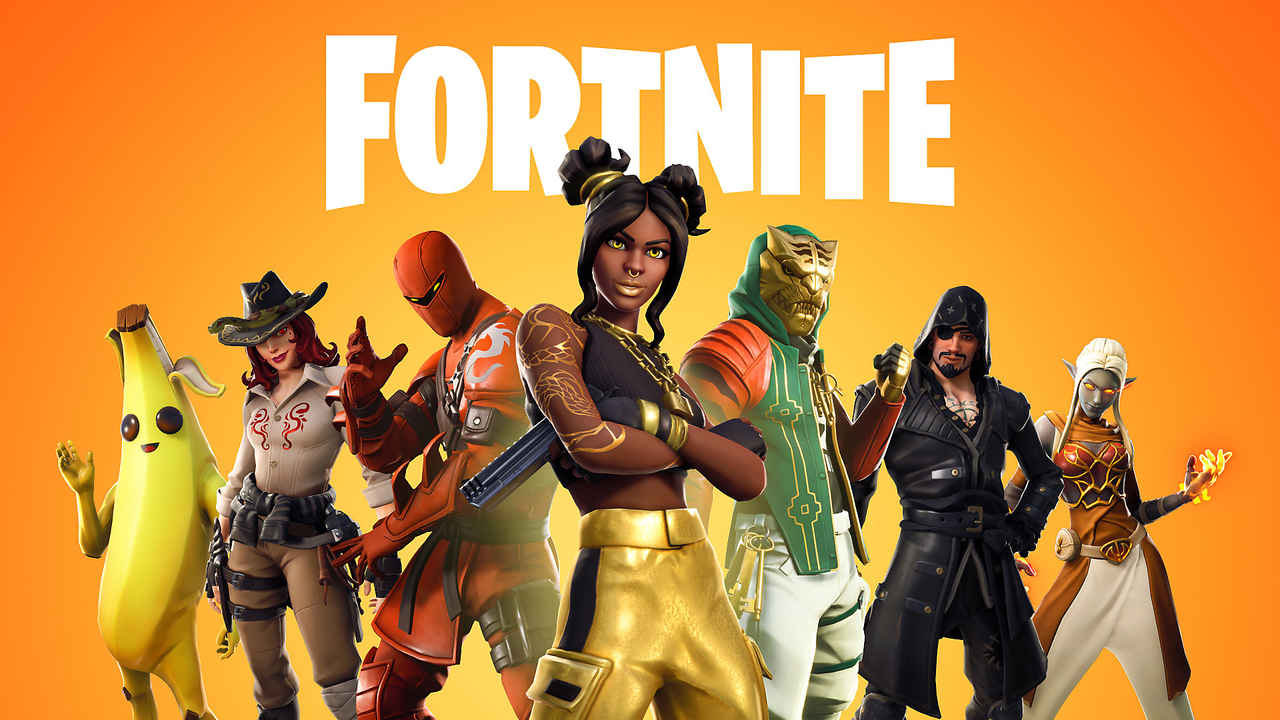 Fortnite – an online battle royale game that stands out with cross-platform play and huge fanbase. A global phenomenon. 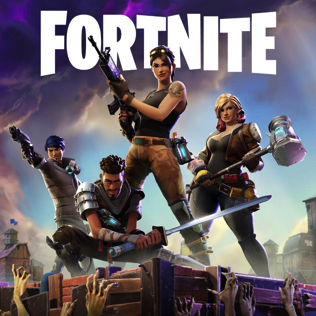 Releasing the game as a pre-order was a good decision from the feedback standpoint. Epic kept listening to the players and added more content and fixed bugs, leading to visibly improving the game. Joining the exclusive pre-order and getting early access also built demand for Fortnite.

Even though the game was said to be released as a free-to-play, players had a FOMO and paid $39 for pre-orders just to access the game about a year before the planned release.

Before the game release, journalists were invited to play Fortnite. Their reviews built the initial interest in the title and kept it live.

At the time when Fortnite got its Battle Royale mode, the biggest game of this type was PUBG–but it was not free to play. Building that feature into Epic’s game allowed them to catch waves of players that were interested in battle royale titles but didn’t want to spend money on them.

How was Fortnite created?

Originally, Fortnite was officially released by Epic Games in 2017 only with a PvE “Save the World” mode. However, the company soon realized the Battle Royal games potential and added this mode to Fortnite, too (September 2017).

Fortnite was created by Epic Games, whose CEO is Tim Sweeney, quite a mind in the gaming industry. His net worth is estimated to be $7.4 billion.

Fortnite’s most popular form, the Battle Royale, is free to play. That proves to be an effective model as the gamers can try the game and since there’s much to love–they stay and start paying for premium content once they get hooked.

Epic wanted to release Fortnite only on PCs as on consoles, it would have to go a set of reviews before being published. However, they eventually decided to go as broad as they could - adding PS4 and Xbox One opened a market of over 115 million consoles sold only in March 2018. They also added iOS and Android versions to even further expand the potential reach. However, the iOS version has been eventually banned by Apple for payments outside the App Store. The court fight between Apple and Epic over App Store monopoly is still on.

Fortnite was also added as a bundle to Xbox One S, PS4 Pro, and Nintendo Switch, giving players the game by default, along with additional DLCs and V-Bucks, the in-game currency.

Fortnite grew together with Twitch, which was the platform of choice for many streamers to share their Fortnite matches. One of the streamers, Ninja, picked the game in 2017 and grew his account with it, making him a Twitch star. He was a known streamer since 2011 and played in some esport events. There were other streamers who became popular and made serious money on Fortnite, which in turn brought more and more less-successful platform users to try their luck.

How does Fortnite advertise – Stars playing

Ninja rose to fame with Fortnite on Twitch, but he could play a major role in promoting the title when he streamed playing and chatting with Drake and Travis Scott. That event brought many people from Twitter to Twitch and Fortnite. It went viral in minutes.During the stream, Drake admitted that he played Fortnite with his crew for about a month or two when taking breaks from recording.

Fortnite players get surprised from time to time with epic content. One of the best examples is Marshmello’s concert held in the game in 2019. It was impressively designed, with custom graphics and effects that artists can’t go beyond in real world – like launching the players into the sky or floating in place. All that did was heavily boost engagement, as it proved Fortnite has a really vibrant world. Another is Fortnite World Cup or releasing Travis Scott’s single – it’s been watched by over 10 million players. 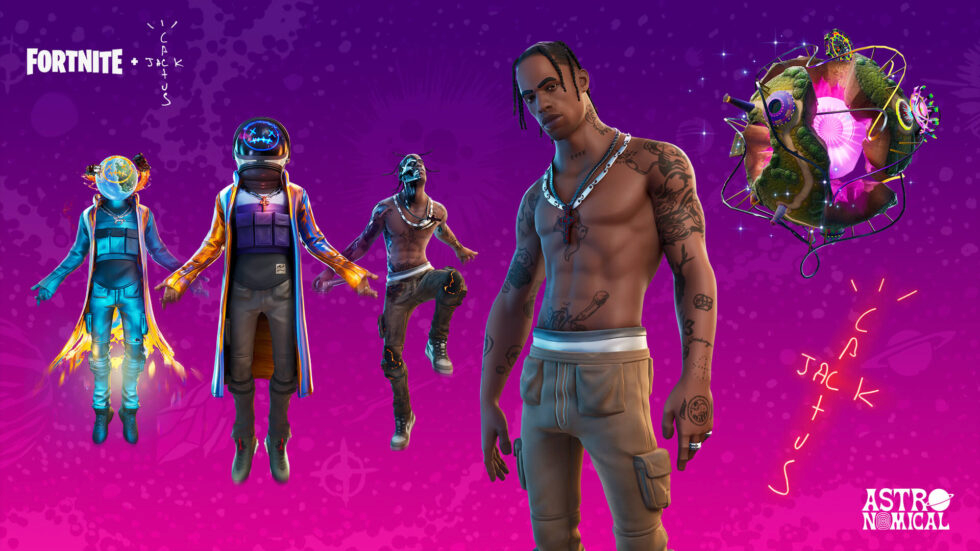 How does Fortnite advertise – Word of Mouth

A part of Fortnite Battle Royale marketing strategy success is in the word of mouth. Players shared their experiences on social and reeled more people in. In fact, they could all play together, so that could also be a simple invite to a free to play game. You could also read many stories on Reddit of people, who were brought in by their friends to play.

How does Fortnite advertise – Paid ads

Some players have downloaded the game after seeing ads. It seems that for some, it was enough to see the game in action to try it. And the barrier was low–the game was free.

Players would lose engagement if they would play over and over the same game. Epic keeps releasing new stuff for the players, which makes them stay for longer. That doesn’t limit to DLCs but live events, Easter eggs, seasonal events, and more.

The game requires players and allows for many friends to join a map of up to 100. That means that the more it was popular, the more people wanted to play with their friends and made the game even more popular. 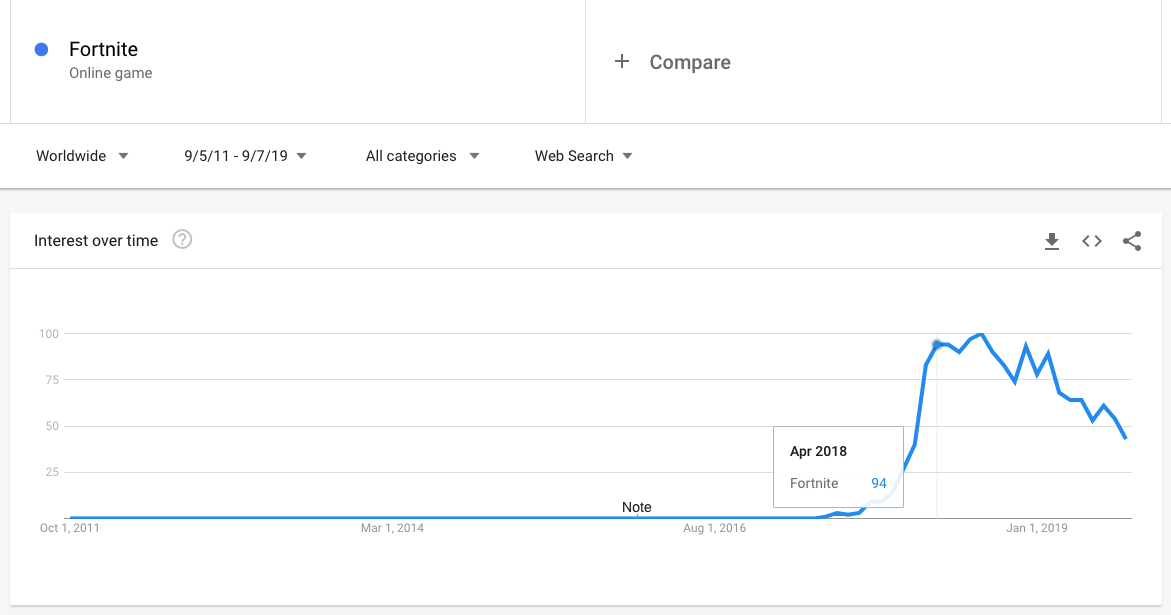 The most popular Fortnite’s game mode is not unique, but it’s done pretty well–players just love it. It’s 100 players on one map, building their defense and fighting till only one is left. Knowing that there are real players on the other side makes the experience much more exciting. This is the case for most multiplayer games, but only a few allow for a gathering of over 100.

Launching into a franchise

After its huge success, Fortnite done well on finding new revenue streams for the title. There are toys and action figures, partnerships with FMCG brands, and many other actions taken to engage the community outside the game and keep the title alive.

How many people play Fortnite?

In 2019, the total number of Fortnite players was more than 200 million, and in January 2022, Fortnite had more than 80 million active users monthly. According to various ranking lists, Fortnite is the most popular Battle Royal game on the market.

Adding game codes to new consoles works as a default effect–people are likely to go with the default choice and since the game is already there and they received some exclusive content, they’re likely to try it. That’s all Epic needs from the acquisition standpoint.

Word of Mouth usually links to social proof. The community around Fortnite acts as evangelists, and if the message lands on their friends, they’ll be more willing to try it out.

Fortnite is free to play that gives its users a high perceived value for their product. Since the free version has zero price, users tend to have a positive reaction towards the product.

Surprises are more remembered and stay with us for longer. Releasing unexpected content makes players more engaged, but also keep thinking about the game. Thanks to that, they’re also more likely to share their experience.

69% of Fortnite players made an in-game purchase except it’s free to play. It’s because the value provided is very high for a free game and gamers could feel the need to give back.

Even though the game was said to be released as free to play, over 1 million bought it for $39, just to play it earlier than others will.

The early access could work as an exclusivity–this made it to be perceived more valuable and in-demand.

Such success might be one of a kind, but there are few takeaways here. Never stop improving your product to make it extraordinary. Look what the competition does and do it better. Think out of the box about promoting your idea to drive engagement, because who would’ve thought you can organize concerts in games?

A set of worthy partnerships in and out of your space can also do you much good. A good product almost markets itself but with clever strategies, you can boost the revenue through the roof. This is what Epic did.