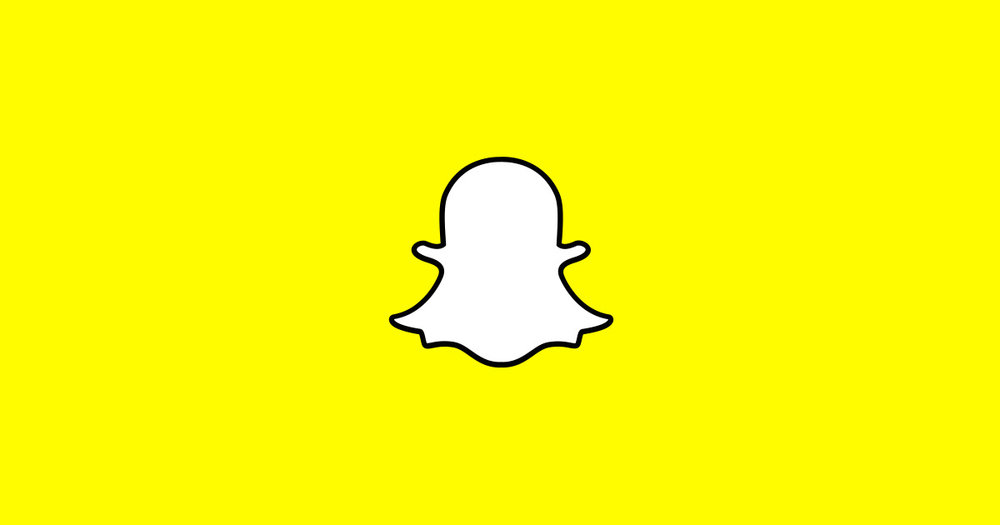 Snapchat- The "group selfie app" that lets users exchange pictures and videos that are meant to disappear after they're viewed.

Timing
This was the time when many students got iPhones with front-facing cameras, which worked perfectly for the "group selfie app" - that's what Snapchat was known as.

Privacy
Snapchat introduced a built-in alert which notifies the sender if any of the recipients took a screenshot of the photo.

Along with dissapearing photos, Snapchat was the perfect place for private messaging.

Free expression & creativity
Snapchat introduced an option to add text to photos and draw on the them.

It let people express themselves in a way they weren't able before.

Tapping into high schoolers
It gave teenagers an opportunity to exchange messages quickly and left no evidence.
Although the media thought it was all about sexting, the 80% of Snapchat's images were sent during the day - the school day, to be exact.

Not only for mobile usage
Snapchat become so popular among younger teens, because kids who didn't have cell phones or data plans could use it. They used it with an iPod touch.

One-to-One Communication at Scale
Social media “feeds” are channels for communities.
These messages are implicit broadcasts, not directed to specific individuals.
Viewers have no obligation to respond and in some cases, may be hesitant to reply in a public forum.

Snapchat users must select who to send their message to.
They can send it to many people at once.
It enables a single message to have a broad reach while maintaining intimacy of one-to-one communications, leading to a higher volume of messages sent and increased response rates as users feel more socially obligated to return the favor.

Read-confirmation
Each snap includes a read-confirmation, informing senders their message was viewed. This leads to higher response rates and faster replies, increasing usage. 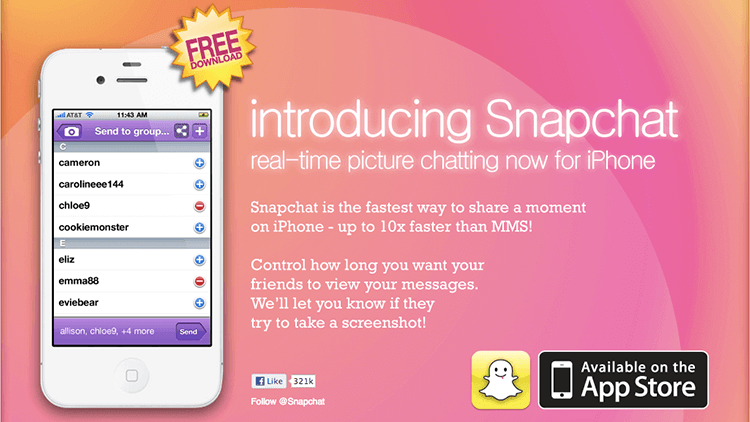 Curiosity
Snapchat messages were arriving as little gifts packed with intrigue.
There was no thumbnails. You couldn't glance or peek what's inside.
The messages were disappearing quickly, so they received an undivided attention.

Privacy
The dissapearing nature of Snapchat's messages allowed people to send pictures, away from the eyes of parents, teachers, friends or anyone else. It was intimate.

Lower restraints & authenticity
On Snapchat, nothing is permanent. Your photos will quickly expire, never to be seen again.
When people are less self-conscious, they are less hesitant to act.
They care less about creating the “perfect” photo or message, knowing it will disappear in an instant.

Raw, not edited pictures bring an element of realness.

Not Facebook
Snapchat was a "cool" alternative for Facebook, which for many kids was an app for their parents.

The number of Snapchat mentions skyrockets with the launch of Poke.

Snapchat unintentionally used the teenage demographics to go viral.
Actually, the biggest social media apps on the world did the exact same thing.

Facebook, Instagram, TikTok, Vine... they all used the magic of the youth to spread like wildfire across the globe.
It's no wonder the most social demographic spread the trends the fastest.