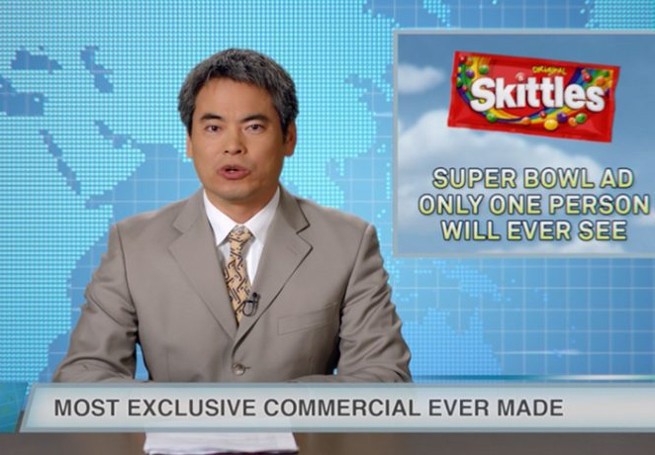 Skittles Super Bowl Commercial – in 2018, Skittles Super Bowl ad went viral because it did not air during the Super Bowl, the most important American annual advertising and sports event.  It wasn’t a massive success, but the stunt itself got a wide coverage in media.

The idea of not using air time to advertise a product during the biggest commercial event of the year already had the potential to attract people’s attention. Skittles created an atmosphere of suspense and excitement by claiming that only one person will get to see their Super Bowl ad.

The ostensible rejection of the media attention during the sports final clearly worked to generate even more focus on the unaired TV commercial, and by selecting a likeable exclusive viewer – Marcos Menendez, a 17-year-old high school student from Canoga Park, California – they evoked positive emotions towards the project. The boy was a relatable, everyman hero presented with an exciting opportunity. While people could get anxious to see the limited and exclusive video, they could not get too frustrated that a nice random boy is being picked to view it.

The Skittles Super Bowl marketing strategy campaign was announced to be targeted at one humble teenage viewer, but Skittles did build up the tension by using a popular actor, David Schwimmer, most notably known as Ross from the hit show, Friends. Schwimmer was cast to star in the actual ad, but there were recorded multiple versions of it, and according to the movie star, even he did not know for sure which one would be shown to Menendez. Four possible versions were released to the public and won media attention, as Schwimmer rarely takes part in commercials. It also allowed to hit a different demographic than teenagers like Menendez – Schwimmer’s contribution might have spoken to an older audience who used to be fans of Friends.

The actual Skittles Super Bowl campaign was based on Schwimmer’s four ads created by the DDB Chicago agency. As the actor pointed out, all of them were odd, quirky and in line with Skittles videos. The candy is known in the industry to use marketing techniques based on striking imagery, unusual situations and weird characters. The strategy helps them stand out and has been consistent throughout the years.

David Schwimmer's four ads are typical Skittles ads – full of absurdity and strangeness. Schwimmer plays four characters who look like a nerdy teacher feeding Skittles to a talking sandwich, floating through space holding a bag of Skittles, being possessed by some alien force in synthwave setup, or as a shrunk person being in fact a puppet sitting on a lap of ventriloquist’s puppet.

The top comments of YouTube users on a reuploaded version of Skittles ads featuring David Schwimmer (the actual Skittles uploads are not available anymore) point to the fact that the users are indeed intrigued by the actual Skittles Super Bowl commercial. They also mention similarities between Schwimmer’s characters and Nicholas Cage, pointing out the meme potential of the marketing campaign. In the Good Morning America episode featuring the discussion of the ad, it is called simply Internet trolling. The reception among the marketing industry was generally positive and praised Skittles for creating buzz around their Super Bowl ad without actually spending millions of dollars on getting Super Bowl airtime.

While Marcos Menendez was, according to Skittles, just a regular teenager who happened to be a big fan of the candy, the company did try marketing through influencers, too. As Super Bowl is about football, they reached out to Marshawn Lynch, a former American football player, who had a big following on Twitter. Lynch helped to build excitement about the “most exclusive ad” by retweeting Menendez’s tweet and asking the teenager to “call him” by giving out his phone number. The whole side campaign urged Lynch’s fans to try the number, which in fact responded to messages and phone calls with a Skittle ad recorded by the player.

The main idea of the Skittles Super Bowl commercial was to air the actual ad to Marcos Menendez and show his reaction to it on Facebook Live. While the livestream is not available anymore, it is known that Skittles streamed Marcos’ reaction and a 15-minute-long documentary on how the ad featuring David Schwimmer was actually tailor made for the teen, featuring his house, hang out spots, friends and family members. By inviting people to watch the boy’s live reaction to the highly customized video, Skittles attempted to create a sense of community.

The focus on the personal experience is a positive marketing trend and the campaign did make the headlines, but the reaction video and the aftermath of it did not actually exceed the popularity of Schwimmer’s teasers. The video apparently had only 30,000 YouTube views but the initial buzz around the ad guaranteed a lot of media coverage.

Taste the Rainbow is a Skittles slogan that has been in use since 1994. For the purpose of the 2018 Super Bowl campaign, it is slightly twisted to Exclusive the Rainbow, Taste the Rainbow, pointing out the exclusive experience of the Skittle Super Bowl ad viewing by Menendez. The exclusivity is the key message in the wording of those ads – the Twitter hashtag was #MostExclusiveAd and Schwimmer’s characters all used the phrase: the new Skittles Super Bowl ad that only one single person gets to watch.

Why did Skittles advertise Super Bowl?

The answer is simple here: Super Bowl is a popular, iconic US event that occurs only once a year. Skittles Super Bowl ad has been created because that time is perfect for various brands and companies to go with their special marketing campaigns. The same applies, for example, in the case of KFC. People simply tend to spend more money during important events (and you bet Super Bowl is important for most of them). 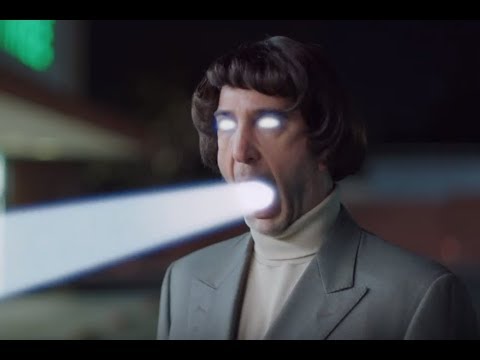 The element of scarcity and exclusivity played a major role in establishing the success story of the Skittles Super Bowl marketing strategy. It was indeed available to only one viewer, whose persona evoked positive emotions. Reactions in social media did show that people respected Skittles’ idea, but still in some way were curious to see the final product. By teasing different ad scenarios with David Schwimmer, Skittles increased the interest in the final cut of the ad, but the candy giant never released it to the audience, making it one of the bravest marketing choices in advertising history.

Using both David Schwimmer, a well-established Hollywood star, and Marshawn Lynch, an ex-football player to promote the “most exclusive ad” is a technique based on social proof that Skittles Super Bowl marketing strategy utilized. Both celebrities targeted different audiences and managed to create the buzz around the project.

The style of Skittles advertising largely evokes this psychological technique. All four versions of the Skittle Super Bowl ad were weird and created a sense of discomfort, putting a well-known actor in mismatched wigs and old-fashioned outfits. As the viewers’ feelings gravitated towards uneasiness, the advertisement actually got more attention.

The company got praised because the Skittles Super Bowl commercial did not actually air during the Super Bowl ad break. The latter is known for ridiculously high airtime prices and the general response was that by saving the money and putting it into making a significant ad for one boy, Skittles made better use of their resources.

To quote the agency responsible for this ad creation: Ideas like this don’t come around very often. They get made even less often than that. It takes great creativity to have an idea like this and some courage to execute. And still – that wasn’t such a success as you’d expect, but there’s definitely something we can learn from Skittles.

Scarcity worked well for generating media coverage. The second part, the engagement, could have been done differently, though. How? Don’t ask me, but at least you know what didn’t go well.