Nugget Comfort – a rather expensive modular furniture for children that looks like a couch but, with some creativity, it can be used to build anything. Sometimes called as the Supreme of parenting world and unpopularly, found to be used as a sex furniture by the same target group. 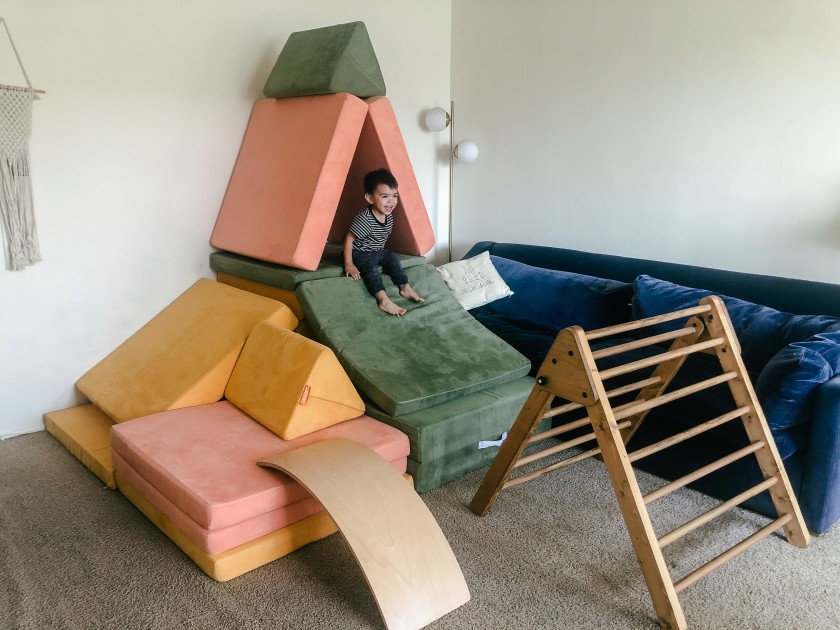 Nugget Comfort couch was created by three graduates from North Carolina: David Baron, Ryan Cocca, and Hannah Fussell. Hannah joined the team a bit later, but it was her who invented the children-focused purpose of the couch.

How was Nugget Comfort created?

The project appeared on Kickstarter in 2014, and it reached its goal of $20 k right on the first day.

Nugget Comfort did okay in the past as it was an interesting concept, but it really clicked when it changed the positioning. It allows the children to unleash their creativity and build couches, castles, slides, and anything they imagine. All that with a memory foam with some cool sheet for $210 - $229.

Nugget Comfort quickly became popular in Facebook mom groups. As some say, it became something like a teenage fad for parents–if you own one, you’re one of the cool kids. The groups in which you can ask for advice, buy, or resell Nuggets gather dozens of thousands members, with over 70k in the biggest one. 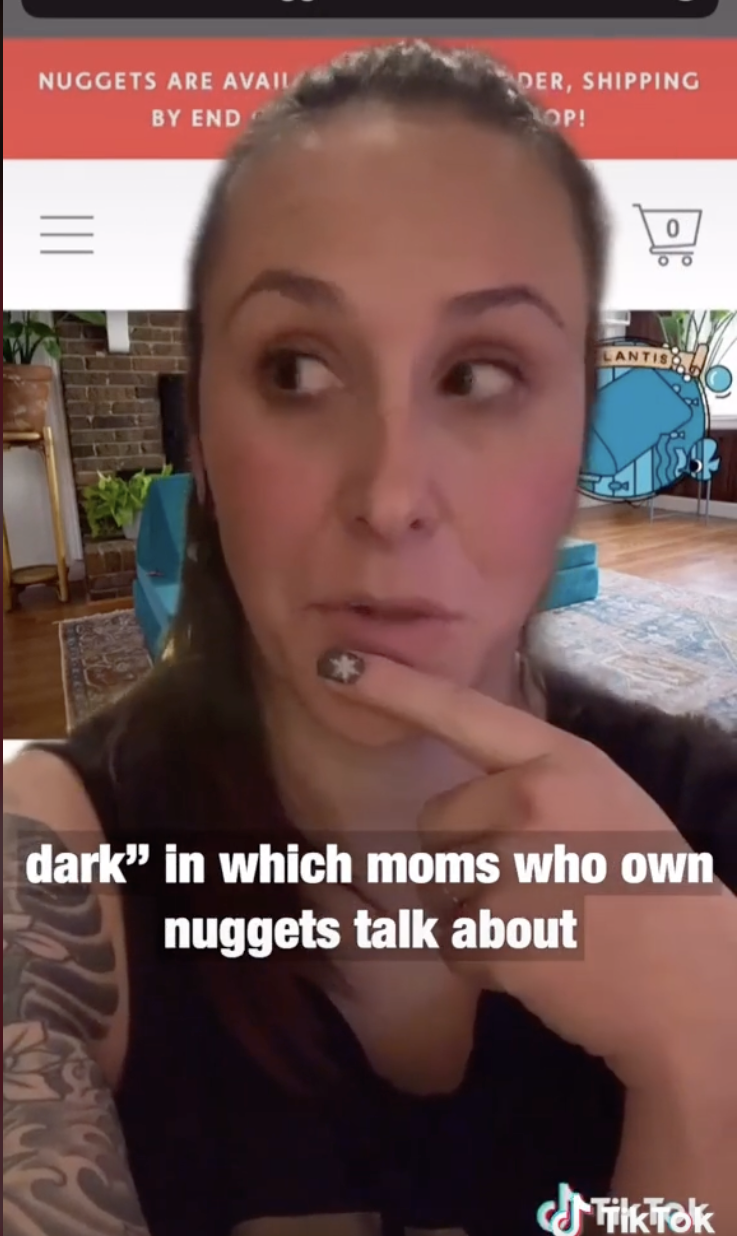 The popularity of the Nugget Comfort couch has been greatly boosted by social media. The Nugget Comfort marketing strategy not entirely went according to the original plan, though. The product is intended for children to play, but who buys it? Moms. It seems that Instagram is one of their social biggest traffic sources while Pinterest is also a notable referring site. That’s not a surprise, since moms spend most of their time online on these platforms. Pinterest is especially interesting here, since it’s known to be used mostly by women with a high earning power.

The Nugget Comfort marketing strategy and their luck in timing

The sales rose dramatically in 2020, after the COVID-19 outbreak. It forced whole families to stay at home, leaving parents who began to work remotely with their bored children. The Nugget seemed like something you could buy to distract your children, and for many parents it proved to be working. It wouldn’t reach this levels of success if it wasn’t for the lockdown in the US.

At first, you could buy The Nugget just by entering your credit card. When the demand rose rapidly, the workers had to go home for over 2 months of full lockdown. Then, the demand overgrown available supply–for every couch, there were 2 people who wanted to buy it. That made the owners to rethink the sales model, which ended up much like the models of streetwear brands.

You can buy standard color models quite straightforward, but they also get sold out from time to time. However, there are also limited editions that never get restocked. All that leads to high resale value, which can go up to even $500-$1000.

The business founders didn’t want to make the product too scarce. They opened it for a larger amount of buyers by introducing a lottery. Here, those interested can sign up and during a selected time period, 5,000 to 10,000 per week are allowed to buy Nugget Comfort. When that was first launched, it made the hype even bigger, repeatedly bringing over 100,000 buyers to a much less supply of couches. Some people who ‘won’ the lottery sold the spot for $400-$500! 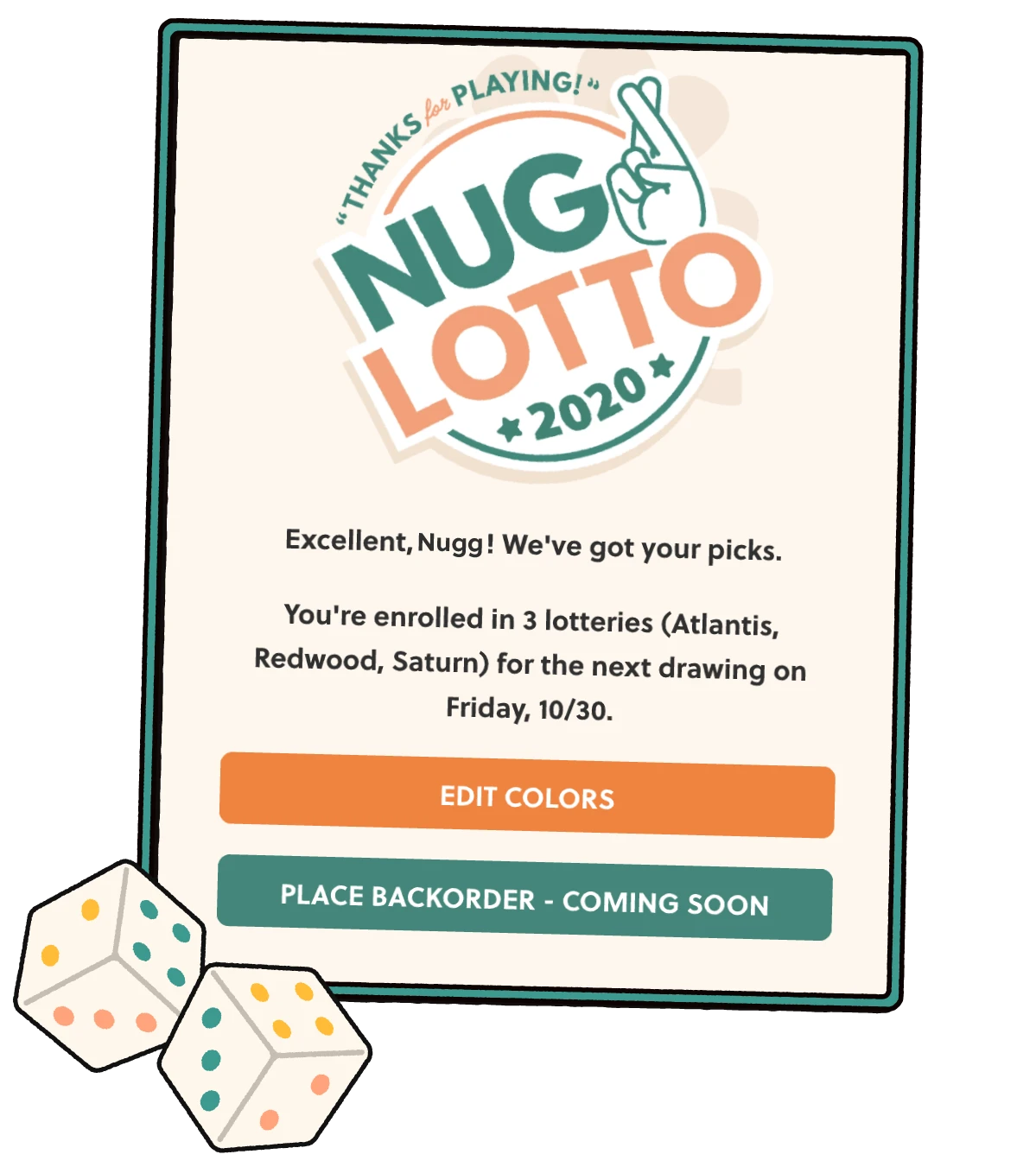 To spice things up, the Nugget Comfort marketing strategy introduced the limited editions of an already scarce item make for an even higher demand. Families who love The Nugget are buying more colors which increases the LTV of a single consumer. Knowing the style can go out of sale adds speculative value, as discontinued versions are often priced higher when being resold.

Why is Nugget couch so popular – Nugget After Dark

The company admits that some part of the interest they get is from Nugget After Dark. These are Facebook groups for parents who use the couches as sex furniture, as it seems that it can be quite similar to a sex couch called Liberator.

The groups lived on their own, but then one Tiktoker mentioned it and got harassed by the group members. Later, The Big Weird Mom, recorded another TikTok about the group which didn’t tell much, nor show anything from the group as it respected its no screenshot policy, but it hit the algorithm and got to For You Page for many users, making it viral.

People wanted to check what’s the drama all about and then learned about the product. Some of them could buy it, but the hype trend doesn’t really match the controversy. And where’s the controversy? Parents using their children’s couch as their sex toy–it doesn’t have to be as bad as it sounds as they can have separate, own Nuggets just for that, but you get the point. 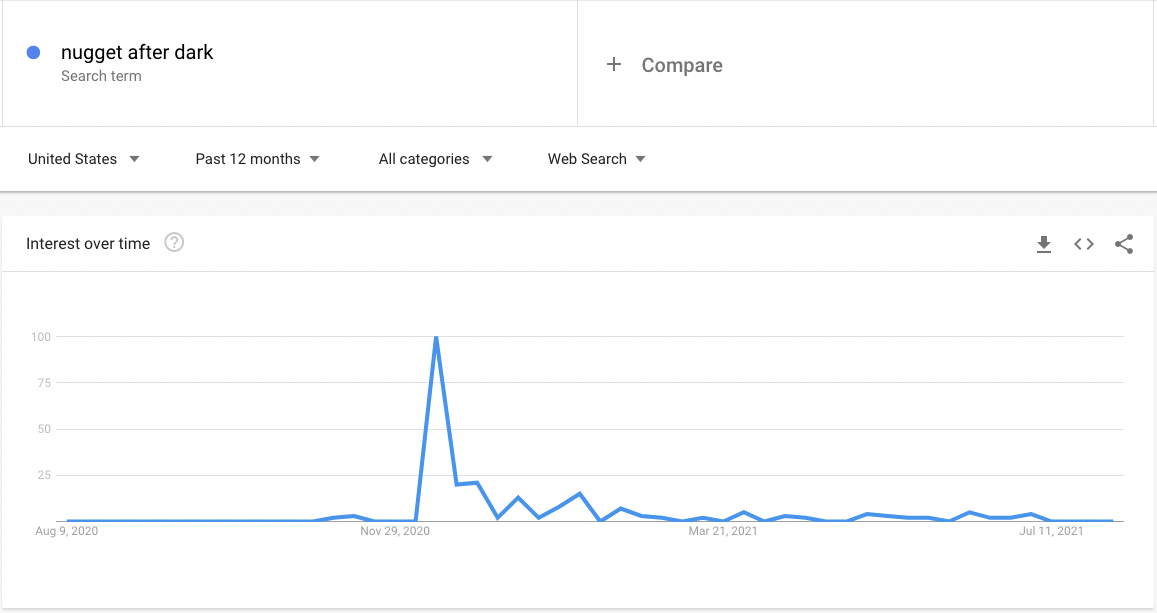 The company claimed that it reached over 20,000 sales in a month without any ad spend. It seems that some keywords are paid,but according to Similar Web, 98.29% of the traffic is organic.

Why is Nugget couch so popular – Word of Mouth

Much of that hype that came to The Nugget Comfort was through the word of mouth. The info about it spread in the groups and as more and more people tried and tested the product, they shared it in their parenting groups, which are known to be quite active. This snowball kept rolling to build enormous demand.

Limited editions, insufficient supply and the lottery played heavily on the Fear of Missing Out, even if not 100% on purpose. Even if someone hesitated to spend $229 on a couch for their  children, they were pushed by the feeling they won’t be able to buy that anytime soon.

Part of the hype originated from parenting groups that loved The Nugget. Such ‘evangelists’ in your communities work wonders when it comes to reasoning your purchase.

Positive reviews made more parents to buy the product, which then were keen to share their experiences. That snowball was rolling and made Nugget Comfort a must-have for parents who not only wanted to work from home calmly, but also who wanted to look cool and trendy among other parents.

The reaction of Nugget After Dark groups are a perfect example of the Streisands effect. They didn’t want unwanted guests in their group, so when a Tiktok mom mentioned it, they overreacted and harassed her, to hide it from the world. That worked exactly the opposite.

Scarce, limited items tend to be perceived as of higher value. This is probably why so many parents don’t hesitate to spend $229 for the couch and even buy a few of them.

Much of the Nugget Comfort success is not an effect of a thoroughly crafted strategy, and you might get great results by following their actions, too. Sometimes, you’ll need to get another perspective on your product, as it might be a better fit in the other group than expected.

The success also lies in supply & demand–when experiencing a demand so high, that you can’t meet it, introducing something like a virtual queue or a lottery makes the purchase seem much more attainable. That drives engagement and makes more people try their luck at being allowed to buy the item.

The timing is often out of our control, but when the right time comes, be sure to make the most of it. And definitely don’t try to hide anything in an overreaction, as it often leads to exactly opposite effect!