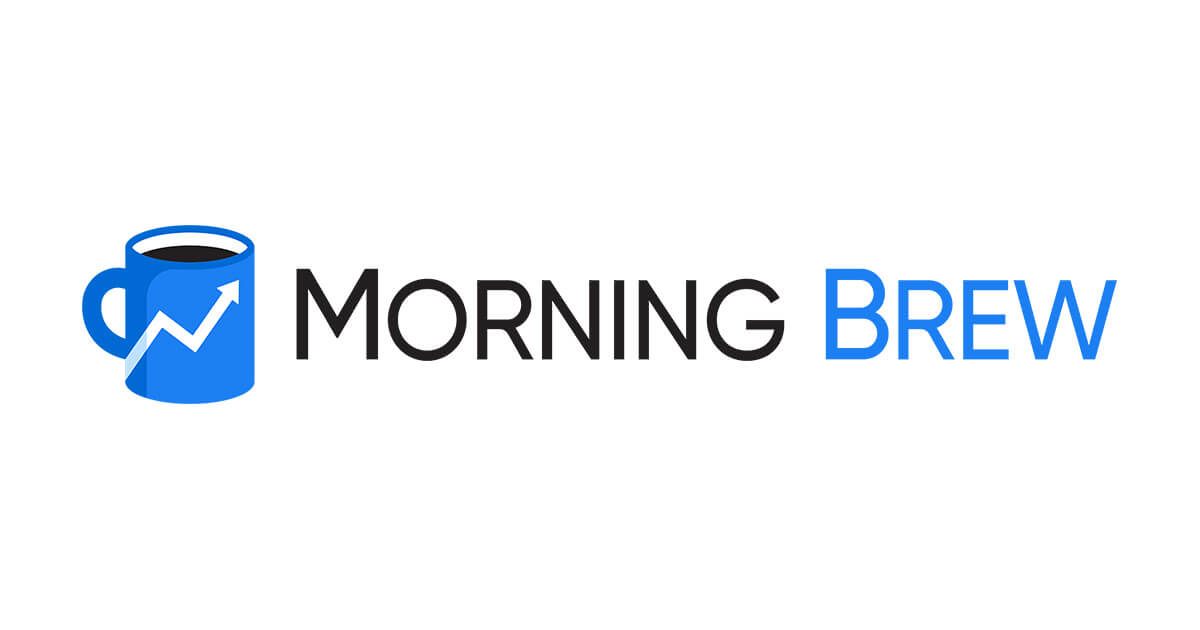 It started as a small start-up project during its authors’ college years and quickly rose up to a very successful, large media project, having multiple smaller branches which focus on more specific topics of business news.

First, it was a simple, daily business newsletter, and now, thanks to the Morning Brew newsletter strategy, it has over 3 million subscribers.

Alex Lieberman’s parents and grandfather were strongly connected with marketing and finances. They all worked on Wall Street and young Alex’s dream was to be just like his parents and his grandfather.

Alex went to a private school and his life was more down-to-Earth. Thanks to his family’s wits, he was well grounded in the terms of self-discipline and self-development.

How did the Morning Brew start? - Their first 10k

It all started as a start-up project during Lieberman and Rief's studying years at the University of Michigan.

In order to attract people, the authors of the project decided to pitch their project at lectures at the university where they were studying. However, instead of simply advertise their idea in front of the students who weren't really interested in their project, they asked them to leave their e-mail addresses on pieces of paper.

After the lectures Lieberman and Rief manually signed up each of the e-mail addresses they got. Each lecture at the University of Michigan had more than 400 students.

At first, they wanted to keep giving 5-minute presentations in front of 400-500 students on each lecture, where the lecturers let them do this. It wasn’t too effective as the students were not really interested in signing up. Lieberman and Rief thought then that they could sign up manually each of the potential readers of their newsletter. The students didn’t find it difficult to write down their e-mail address on a piece of paper provided by the duo. It was so much easier than signing up somewhere on the internet!

Taking the matters in the authors’ own hands boosted their conversion rate from less than 10% to more than 75%. Insane difference!

Morning Brew is owned by Alex Lieberman and Austin Rief who met each other at the University of Michigan.

Morning Brew ambassador program and the way to the 100k subs

To maximise their reach and optimize Morning Brew newsletter strategy, they then decided to introduce the ambassador programme. They would ask people to do what they did themselves at some lectures, send Lieberman and Rief a photo of the piece of paper with e-mail addresses on it, and then track their progress.

Thanks to hundreds of their ambassadors, they were known not only in Michigan, but also across the country. The Brew-bassadors (cause this is how they called them) were tasked with simple procedure: go to lectures, pitch the idea, collect e-mail addresses from the students, and then send the picture of that piece of paper to Lieberman and Rief. Sounds simple? Yeah, but how effective it was, too!

However, they didn’t get the best they could from that strategy. They chose only 12 students who looked as the most reliable among the rest. Nevertheless, they were still not reliable enough! Only 6 out of 12 Brew-bassadors stayed with the authors of the project. The rest was too busy with other student life’s activities and duties. 6 students still did the job, though (one of them got as many as 1,000 students in just two weeks).

That’s why they introduced special incentive programmes for their ambassadors. Once an ambassador broke the count of 50 subscribers, they were moved to a more exclusive programme, where they got tips & tricks as well as some materials to support their pitching. What’s important, those students did that for the very sense of self-development and expanding their resumes – not for money!

Everything started from a simple academic business project. Lieberman noticed that his co-students from finances found it difficult to stay up to date with the business news, which they needed to follow as the prerequisite for their studies. He organised mock job interviews for his friends and people he knew from the university to test their knowledge and identify the gaps. He quickly found out that only reading The Wall Street Journal didn’t really do any good to the students, as the content there was simply “tl;dr” – it was too dense for the fast student life.

That's why Lieberman decided to design an easy-to-digest newsletter as a PDF attachment. It was to be rich in content, but not so packed with text as The Wall Street Journal. However, it turned out to be enough to gain 250 readers. Rief saw Lieberman's announcemt about the project (called Market Corner), and decided to offer his help.

Morning Brew newsletter strategy – Referrals
Market Corner and then Morning Brew wouldn’t be so successful if Lieberman and Rief didn’t think of the referral program. Students and later subscribers were asked to “tell their friends” about the newsletter and the word spread.

Moreover, Libermand and Rief thought also about the rewards programme for the most loyal subscribers with higher referrals counts. The rewards included cups, clothing, and even a trip to Brew HQ. Doesn’t it sound great?

Advertising is the foundation of the Morning Brew newsletter strategy. They make money from subscriptions, and according to Alex Lieberman, 60% (that’s a lot!) of their subscribers come from paid acquisition. What’s that? It simply means paying for acquiring new viewers, customers etc. Usually, it involves ads. Paying for advertisements whose aim is to generate a raise in the number of viewers/subscribers is basically paying for “those subscribers”.

The authors paid for the ads in other newsletters. Rief claims that those were ones of the most loyal subscribers they have ever got. Once somebody is signed up for one newsletter, it is so easy to sign up for another one and be even better informed.

The authors managed to get their ads in others newsletters with a discount price because of the situation on the market those days. They got 50-75% off on their ads in 2018 in comparison to what the prices were a year later.

When they got what they could from their paid acquisition through the cross-promotion in other newsletters, Lieberman and Rief started to look somewhere else. They found other companies with great mailing lists but with no ideas on how to create proper ads. The Morning Brew team thought they could help them. They support their ad department and, in exchange, got access to their mailing lists, and expanded their own database to gain more subscribers. A favour for a favour, right?

They turned into an IG story and grew 25% in a few months thanks to that. Its humour somehow enhanced the effect. They simply brainstormed a fake conversation with the use of the Instagram stories format. For one week since the publication, they paid only 10 cents for every new subscriber 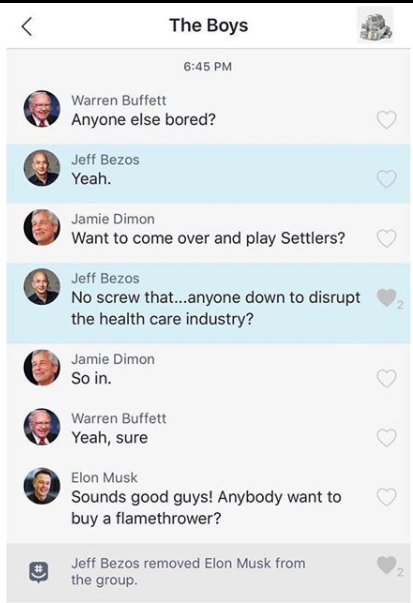 Out of the question is the fact that Morning Brew gained a lot when it was bought by Insider Inc. Lieberman and Rief reorganised the company’s leadership structure and made Alex CEO in less than one year since the transaction. It boosted Morning Brew’s revenue by about $7 million, says Rief.

Morning Brew newsletter strategy gave them a valuation of $75 million. The newsletter was bought for that price in 2020 by Business Insider.

Extremely important also seems to be the layout of the newsletter. Each piece of information is presented in a neat and compact way, which – what is crucial – can easily fit from the beginning to the very end on a screen. It means that scrolling is required only if one wishes to go to the next info in the newsletter. It also boosts up the reading speed. 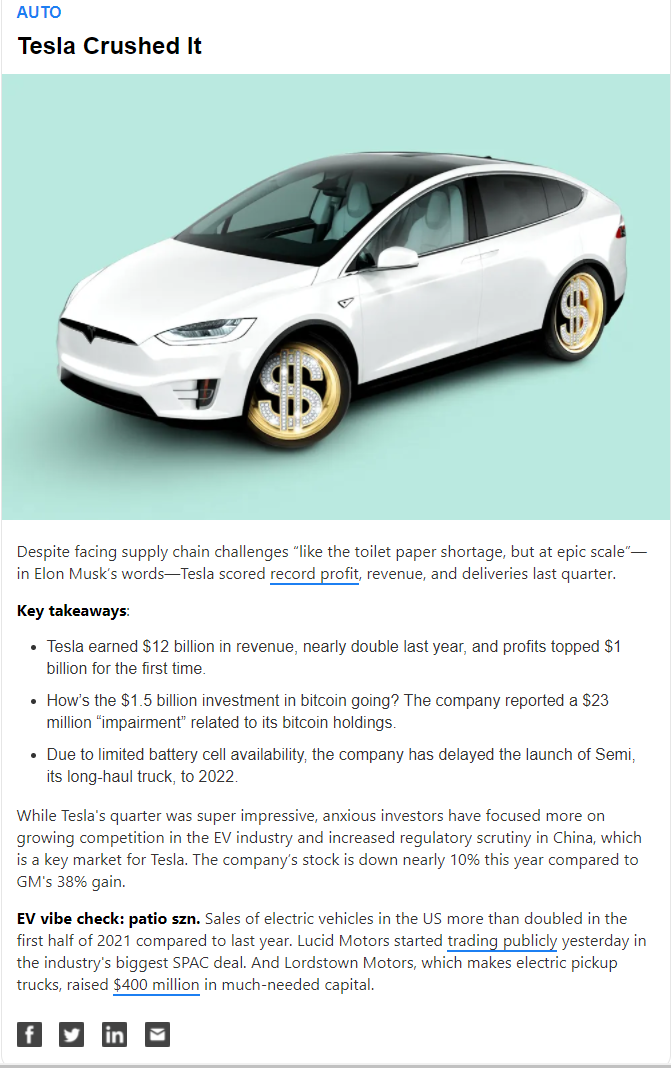 People ask where Morning Brew got ideas for their brilliant headlines, which was a part of the Morning Brew newsletter strategy. The authors started by testing their subject lines with the A/B tests. They sent it to four groups of readers, around 80,000 each. Of course, each batch got a different subject line. They checked, which line scored the biggest open rate, and then sent it to the rest of 1,8 million readers. The lines were catchy, scientifically tested, and picked by any Morning Brew’s writer who got an interesting idea.

News in Morning Brew needed to be short, easy to read and rich in content. The Wall Street Journal’s example showed Lieberman that what is too long, is usually too boring to be read and remembered.

An important factor of their style were engaging and intriguing headlines for their news. Like in the picture above, strong and emotional wording generated more attention in the viewers.

The path of least effort

The students weren’t willing to sign up themselves onto Market Corner’s mailing list, but when they were only asked to write their email addresses on a piece of paper provided by Lieberman and Rief (or their ambassadors), they had no problems with doing that because it was the path of least effort for them.

People usually prefer to “know” than “not to know”. It always seems better to be up to date with news and information on topics we are interested. That’s why Market Corner and then Morning Brew was such a hit. It fed its readers with the news they were hungry for.

The content presented in the Morning Brew is simple to the maximum. Most news or info are designed to fit one screen of a smartphone, so that the readers would not have to scroll during reading the text. They may focus on the individual info and then move on to the next one.

Lieberman and Rief neatly avoided the cognitive load, the level of which was much higher, for example, in The Wall Street Journal. The amount of content and the density of the information presented there were much more difficult to digest. Morning Brew was much simpler, so that even the beginning students of the financial and business studies are able to read it cover to cover, and – what’s more important – remember it!

The newsletter is free. No subscription fee is (or ever was) required. That was an additional incentive for people to try it out and give it a chance. After all, it still provided a good content and giving away one’s email address seemed to be a fair price.

People were certainly curious what Lieberman and Rief had to offer in order to decide to leave their email addresses. They were interested in the business world and wanted to be aware of what is going on there. They couldn’t let anything pass by unnoticed.

This bias was crucial in terms of the Morning Brew referral programme. People wanted to get those gifts, so they eagerly refer to their friends and families in order to score points in the programme. The “quality” of the rewards also increased gradually, so the tension to get to the next “level” was greater.

When you want to make your own newsletter business, it is important that you know what your potential audience desires. Lieberman did this by organising mock interviews. He used that knowledge to start his Market Corner then.

Whether you make podcasts, write blogs or design a newsletter, try cross-promotion. Buy ads in projects similar to yours and advertise your own thing there. If somebody likes a podcast or a newsletter where your ad is, they are quite probable to like your project, too!

Don’t forget about testing! Lieberman and Rief tested a lot! They tested they headlines, they tested their ways of gaining new subscribers, and they also risked a lot by trying cross-promotion. Don’t be afraid of making brave.