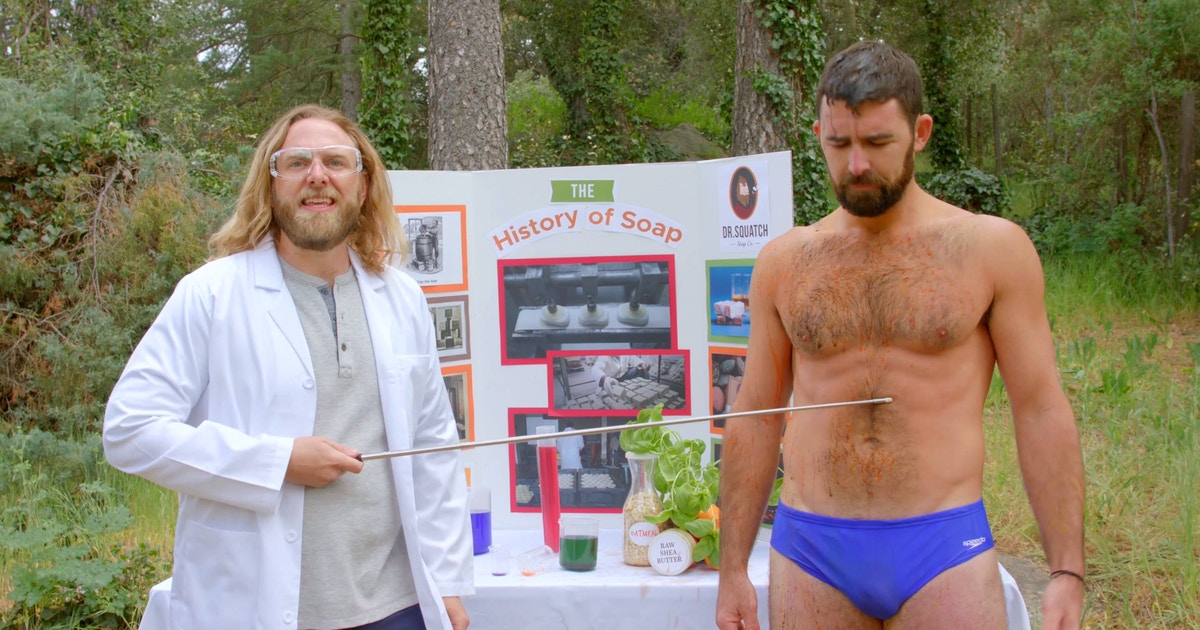 Dr Squatch – a handmade natural soap for men that stormed the internet with a viral video ad. It has reached over $100 million revenue in 2020. 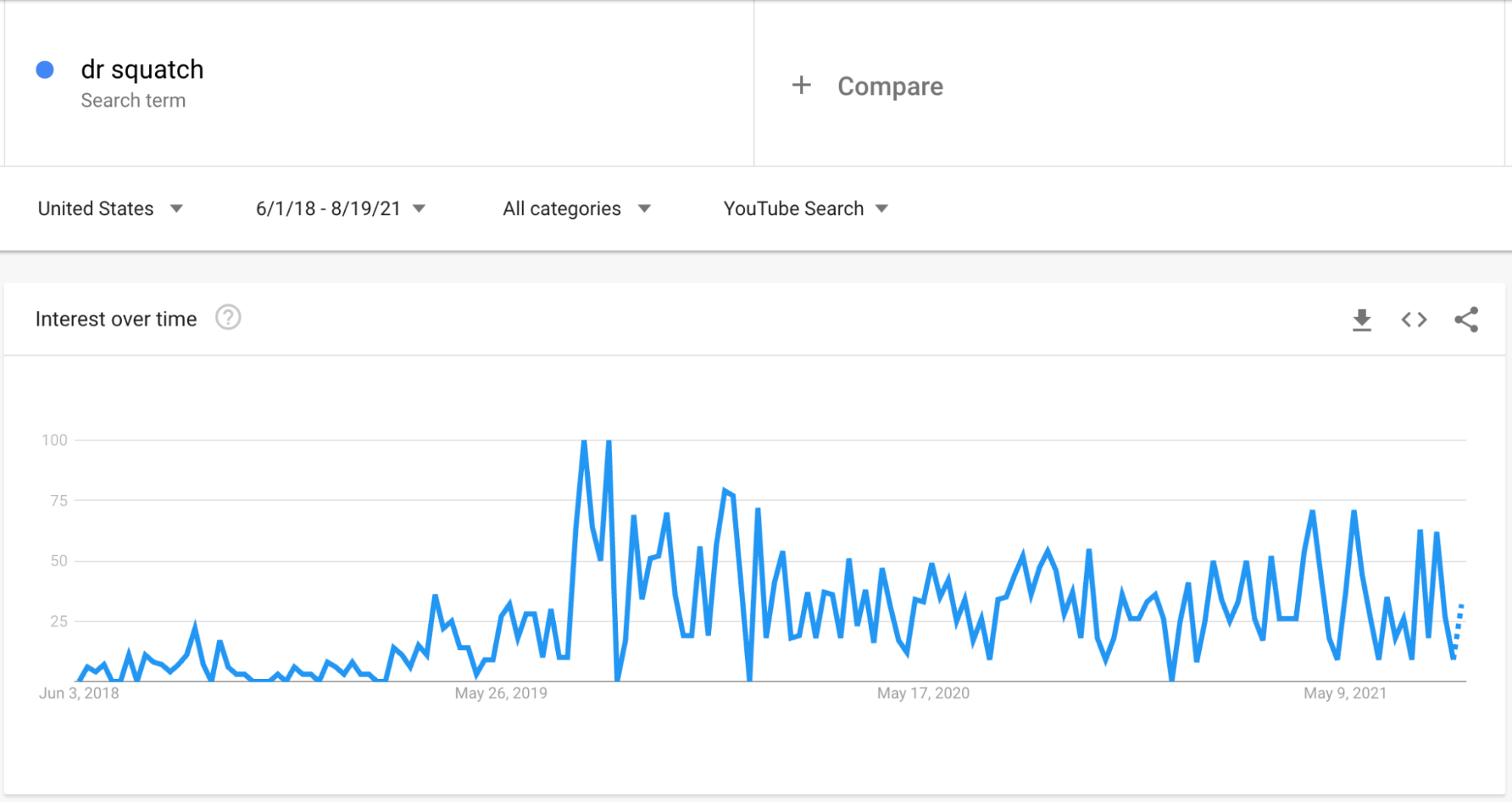 How did Dr. Squatch get started?

You’d say there’s nothing too special about Dr Squatch’s soap, as it’s a handmade, natural product that anyone can make with their bare hands. The product was based on personal experience of Jack Haldrup, the founder, whose skin got irritated by the typical soaps, and the very company was founded in 2013.

It operates in a much less saturated market of men’s grooming products to take its share out of big corporations like P&G.

Who does Dr Squatch commercial ads?

Raindrop Branding & Advertising, together with James Schrader, a comedian, are behind the Dr Squatch commercial advertising. Primarily, it was meant to be run on YouTube.

Raindrop started with sorting out Dr Squatch’s branding. That involved finding its personality, messaging, and mission, as well as taking care of the brand presence – building a new website, creatives for social media, product packshots, and email drip sequences.

This set up the frame in which the Dr Squatch commercial viral video could be made.

The idea behind the video was to make something that will state the problem with most soaps and be educational but at the same time, it will be highly entertaining. Squatty Potty commercial has previously proven that going the Old Spice route works with such requirements, and Dr. Squatch’s video is very similar to it by the means of combining education with entertainment.

The Dr Squatch commercial video cost $18,000 to produce, which was a major expense for a company that made $3M in revenue back then. The agency hired James Schrader, the 1st place winner of 2017 San Diego’s funniest person contest. Not only did he star in the video, but also wrote the commercial.

It wasn’t the reason why the video was successful, but Dr. Squatch has also used referral links with discounts, so that customers also worked as brand ambassadors. That definitely boosted revenue. 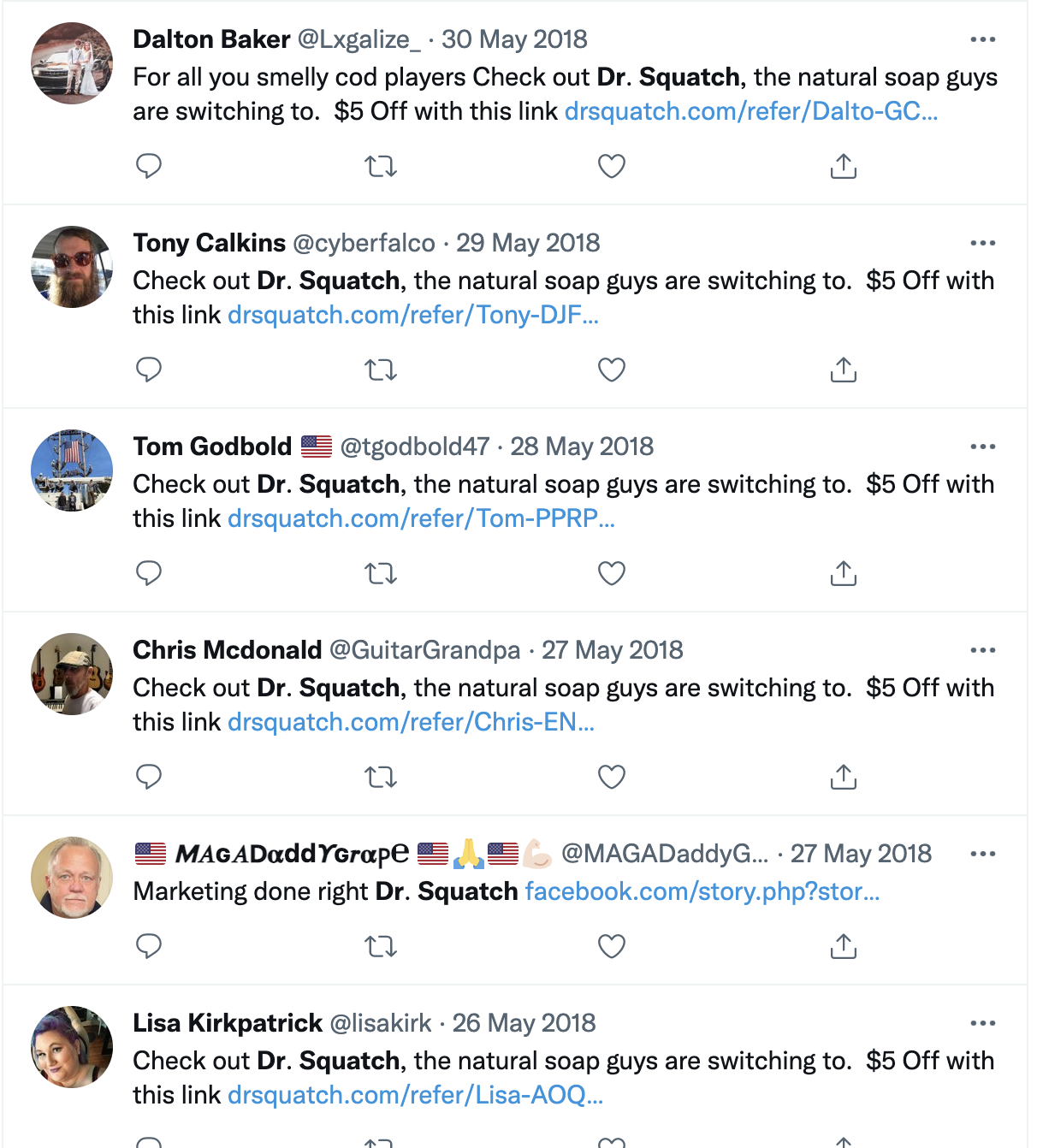 Video ads are mostly skipped, but if there’s one that says „Your soap is shit” in the first 4 seconds, that’s what makes you stay and watch. It falls greatly into the product’s ideal customer who is a manly man, building stuff with his bare hands and opening jars at the first try – he likely wants that straight approach as this is the language he uses daily.

Branding videos do little for sales unless they point the interest somewhere. With Dr Squatch’s explainer, once the viewer learns why he has to find a more natural soap (because „he’s not a dish!”), he then can go to the website which is a shop and order immediately or after a short look around. It worked – even the subscription number rose from 11,000 to 17,000 thanks to that video.

Although the video is 3-minute long, the hook is stated just under 5 seconds, which is the count after which you can skip the pre-roll on YouTube. Looking at the comments, many people stayed and watched the whole video in a great mood, only to find out later it’s such a hit.

Apart from YouTube pre-rolls, the explainer video was aired on Facebook and YouTube as a top-of-the-funnel video to drive brand engagement. That also contributed to making the video go viral.

YouTube ads are posted as regular videos. That means that some of the viewers that liked the ad could go back to it and watch it once again–which many people did, as you can find out from the comments. That means the video can also be promoted in an organic way.

YouTube’s primary goal is to keep users in the platform, so the algorithm looks for signals of videos that can do that. Then, the video goes to Recommended and is presented to other users. Relying only on paid views wouldn’t take this ad to 115+M views – or it would cost millions.

Apart from getting ad clicks, those who laughed the hardest have also shared the video across their social media - Twitter, YouTube or Facebook. That totalled over 100,000 in shares only!

Dr. Squatch has been put on the map by that video, but they repeated that success with even larger numbers in 2020, braking a record of Dr Squatch commercial reaching 90 million views in 3 months. Funnily enough, they did that by combining newly shot scenes with the tried and true shots from the original video.

Later on the timeline, Dr Squatch has also bought an air time on 2021 Super Bowl, introducing the brand to even a wider audience.

How much did Dr Squatch Super Bowl commercial cost?

According to Jack Haldrup, CEO and founder of Dr Squatch, the Super Bowl commercial cost them about $15-$20 thousand, and that was just one video. However, it gave a huge turn-out.

Making a $100M business out of a handmade soap sounds crazy, but even reaching $5M in revenue is a great achievement for such a niche brand, on a land conquered by corporations. That happened thanks to investor’s money but cost friends-to-founders to break up (professionally, they’re still friends) as they both had different visions. Jack had a big vision, while his business partner wanted to not overcomplicate and keep the business small & simple.

Bizarre videos are better remembered, and they stand out easily. That’s what Old Spice does and that’s what is at the core of Dr. Squatch’s success.

If you like one aspect of a product, you’re more likely to like other features and products. In Dr. Squatch that means people who liked the ad had a well conception of the product, so they were more likely to try it just based on the video they’d seen.

Humor used by brands makes them more human, but also creates positive associations. Customers are introduced to a brand that makes them laugh, which is why they remember it better.

The shopping decisions are often influenced by emotions, and it is said that consumers that are in good mood are 24% likely to consume content and buy stuff.

Social proof is heavily used by Dr. Squatch – they play on their reviews, so they clients can see that there are thousands of happy customers out there.

Certain words have an instant effect on the psychology. The fact that the brand uses swear words makes it feel more authentic. Also, having the most powerful sentence in the first seconds, „The soap you’re using – it’s shit”, works like an eye magnet to keep the audience glued to the screen for the rest.

Many brands, especially in the health&beauty industry, go for the serious, luxury image. This limits their ability to reach huge amounts of traffic and clients, as they have fewer chances of going viral – humor is what’s likely to get you there.

This could be translated to many other industries–loosen up the tone, be sincerely funny, and with proper design of further steps for the viewer, you’re likely to not only build brand but also drive sales!