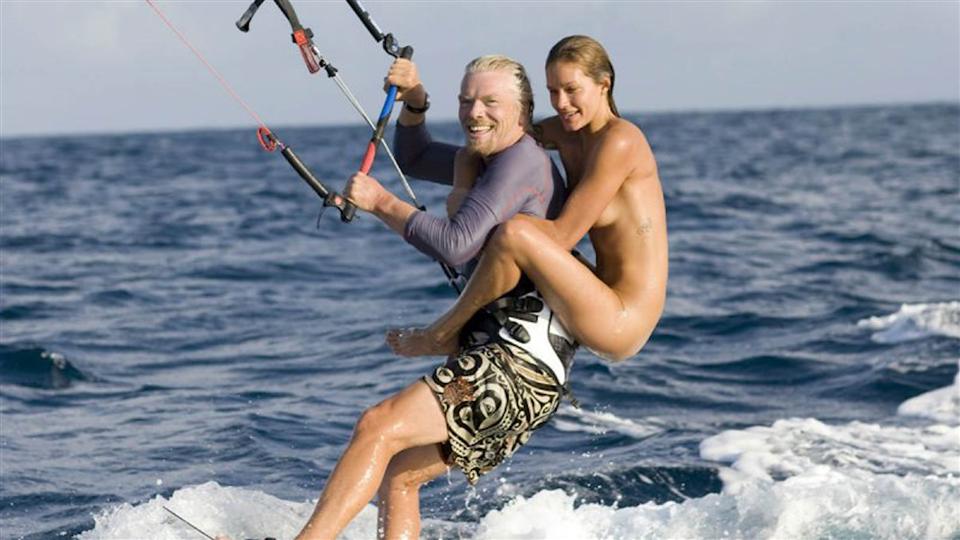 How did Richard Branson grow his businesses to billions of dollars thanks to viral stunts? (8 min read)

Richard Branson – an entrepreneurship magnate, founder of Virgin Group which now consists of over 400 companies. One of TIme’s 100 Most Influential People in the World. Knighted by Queen Elizabeth. And known to spend a quarter of his time on marketing and publicity stunts for his ventures. Let’s break down some of his stunts. 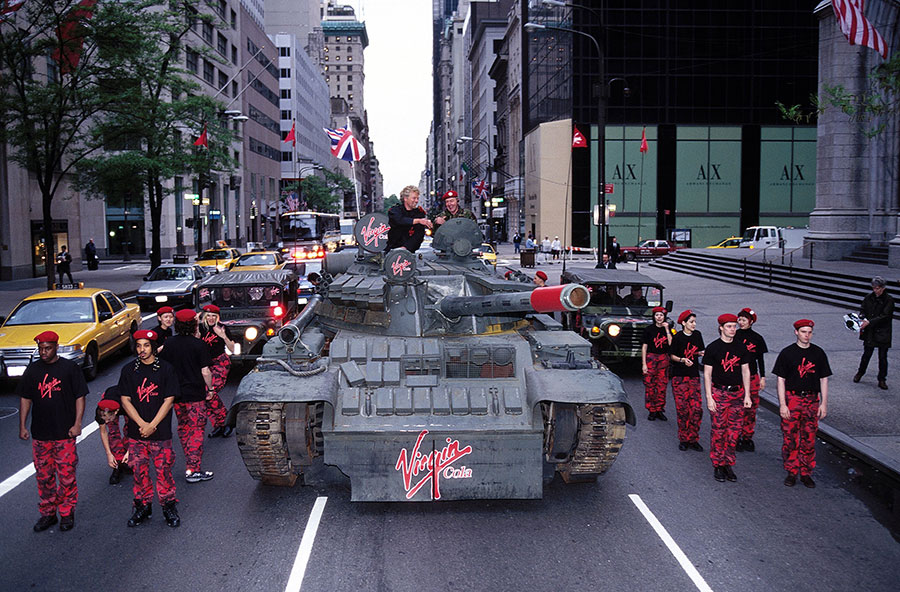 Although Branson came up with the name Virgin long time ago, he initially liked what this name communicated and sticked with it. It told it’s both about new ventures but also their risky nature.

One of Branson’s often cited advice for branding is to promise a little but deliver a lot. Brand should be well-defined and stand out among the competition. 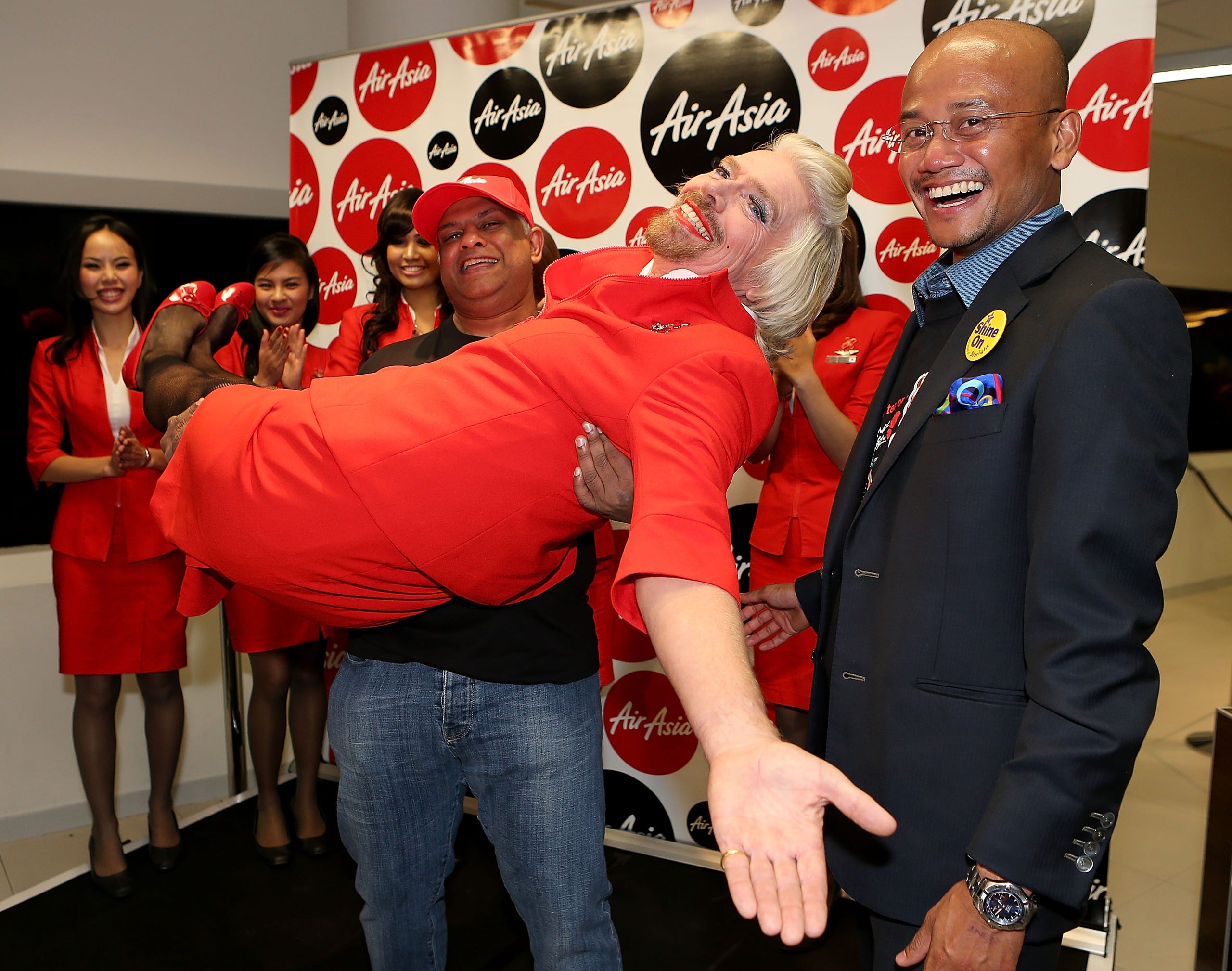 Another idea of Richard Branson is to know what makes the business stand out and keep it concise. Plus, add some humor, it’s contagious. 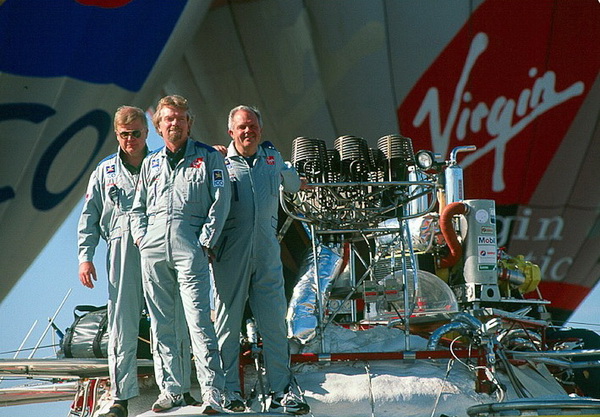 Why is Richard Branson so famous – making a fool of yourself

You could call it a personal brand, but Branson sees it as simply making a fool of himself. That was actually an advice he heard from his mentor, Sir Freddie Laker, „Use yourself. Make a fool of yourself. Otherwise, you won’t survive”.

This is why Richard Branson put himself in the center of Virgin brand. Thanks to that, his airlines were much more human and had a personality–something that British Airways lacked. 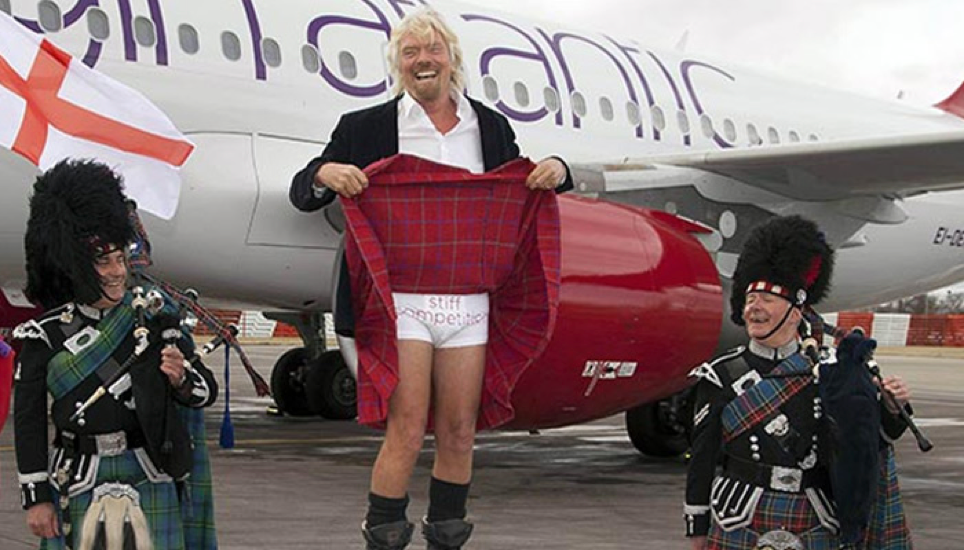 You could see that in many cases, the stunts happened at the times of company announcements. It seemed to be quite precise Richard Branson social media strategy. This was a part of the plan of turning usual business news into events. From the PR perspective, that allowed Virgin to really set apart from its competitors.

Even when they grew to this huge size, they still spend much of the time, thinking what other stunts would make people and media talking about Virgin again. That involves record-breaking, making fun of the competition, and all the crazy stuff that Branson did over the years. 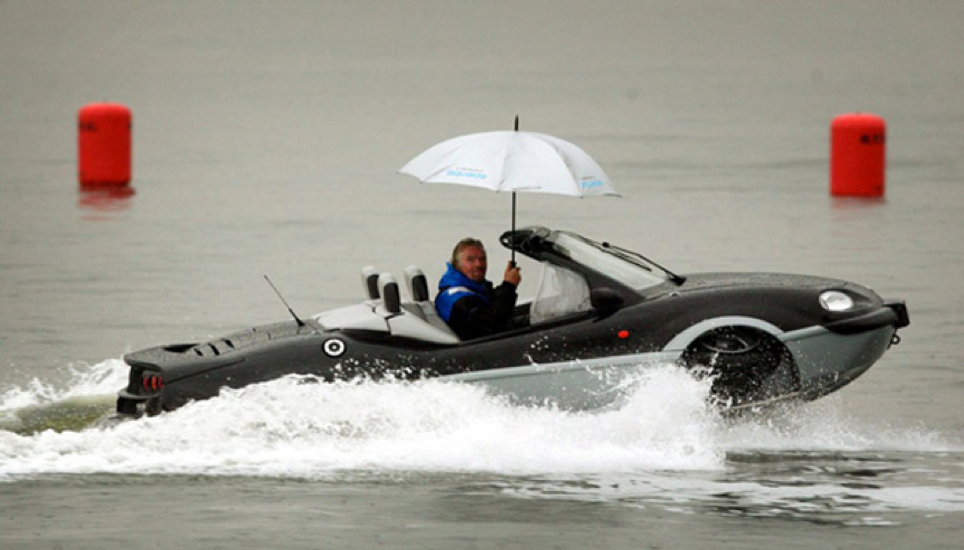 Some stunts didn’t go as planned. For example, bungee jumping off the casino in Las Vegas ended up with ripped trousers and Branson hit the building twice. However, all this situation brought him fun and worked well for Virgin brands and for the Richard Branson social media strategy – it showed bravery of their owner, which poured to their services and products. 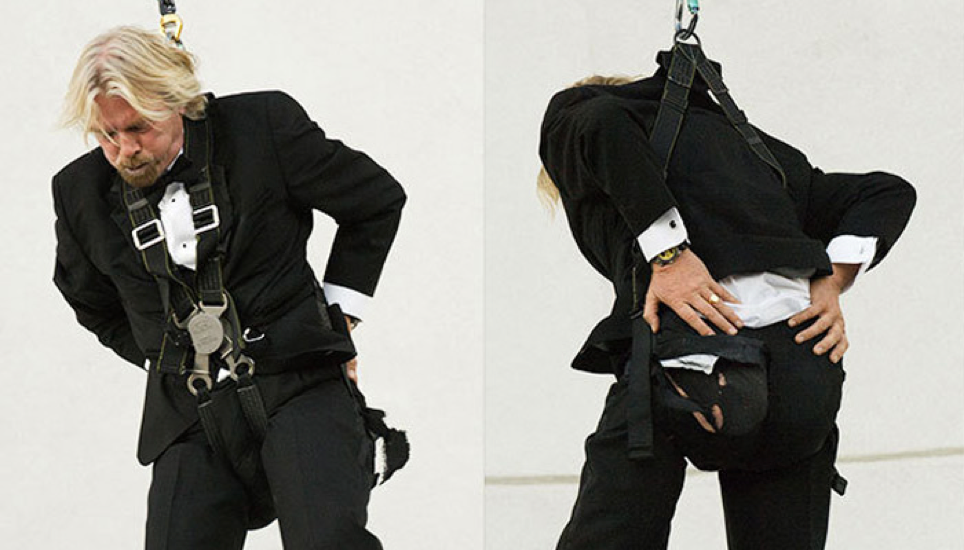 How much is Richard Branson worth?

In July 2021, according to Forbes, sir Richard Branson net worth was estimated at $5.7 billion. Now it has slightly decreased at $5,5 billion. 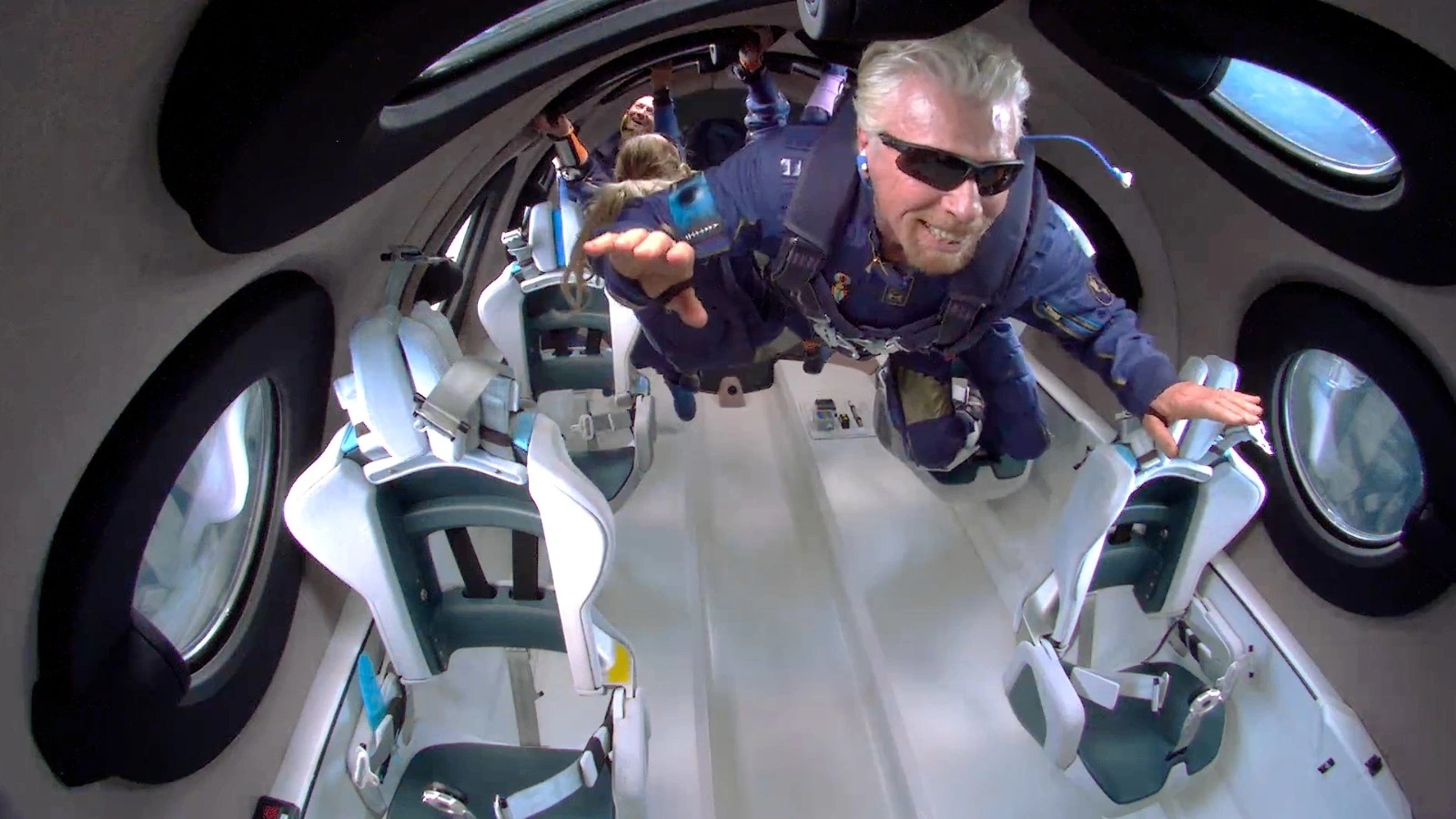 He is the owner of a great number of companies, so it already contributes to his popularity in a way, and Richard Branson social media strategy only boosted that fame because he showed himself as funny and self-distanced. Also, he knew how to “play” in social media.

How many followers does Richard Branson have?

As of January 2022, Richard Branson follower count is as follows:

As it seems, the Richard Branson Twitter profile counts the most followers from all of his social media channels.

Bizarre things are more remembered. Richard Branson social media strategy was based on the bizarreness effect. You could say that a billionaire dressed as a bride or a stewardess is quite bizarre.

Shifting clients into positive mood makes them less critical, which can also contribute to the sales directly after seeing a funny Virgin campaign.

Humor is another way to tell a brand story that gets remembered more.

Richard Branson is a giant, but this success, from a marketing perspective, has been built on two things–an owner’s personal brand and the drive to stand out. The digital world is already heavily saturated and to get your share of the market, you need to make thing differently. Think like Branson–even if you have a ‘usual’ information to share, make it stand out and exciting. Repeating this for months and years can eventually pay off in a strong brand.