What is Pinterest? – Pinterest is a platform that allows users to save visual content and collect and share it on pinboards. Today, it has over 459 million users, 2200 employees, and was valued at $12.7 billion in 2017

If you wondered who founded Pinterest, it was a trio of three gentlemen: Ben Silberman, Evan Sharp, and Paul Sciarra who co-founded the platform together back in March 2010.

Now, Pinterest is a very popular image-sharing platform, but do you know why Pinterest was created? Pinterest was in fact founded around 2008. It started as Tote – an iPhone app that pulled data from online product catalogs to create one, meta catalog for people who wanted to shop on the go. In the app, you’d find all retailers by location. That was a total failure, even though it got funding early in 2009.

It was too early and mobile users didn’t use phones for shopping. Yet. But the ones who used the app, used it in their own way–they’d sent product photos and collect them. Based on that behavior, Pinterest was invented–and moved to the web.

Some early employees have said that Silverman – the CEO – wanted Pinterest to be an open platform – to be used by everyone, for anything.

Launching Pinterest app on iPhone in March 2011 drastically boosted the popularity of the platform. Shortly after that, they went on with the iPad app and Pinterest Mobile for the non-Apple users, too.

The numbers were so great that Pinterest won the Best New Startup of 2011 award at the TechCrunch.

Pinterest chose to go the invite-only way. To enter the platform, you had to get a link from someone who was already in. That’s because the early version was considered a beta, but this state remained for at least 2 years.

Note that even though you needed an invitation to use the platform, Pinterest has gathered over 11 million users in the US alone (20 million worldwide) by the time it opened up.

The first users were from Des Moines – Silbermann’s hometown. They’d learned about Pinterest from the founder’s family and passed the news further. That contributed to bringing in the first 3,000 users in 3 months, but then the number got stuck.

Reaching out to communities

Silbermann wanted to boost the numbers by finding other power users. He organized meetups at local boutiques where invites were handed out. The first users were most interested in DIY and handicrafts–and it seems like they were usually part of communities around that hobby. Handing out invites to some community members resulted in further spreading the invites in that particular communities and clubs.

The referral mechanism was heavily utilized by Pinterest. They have partnered with SF Girl by Bay, a SF-based blogger, to create an inspirational pinboard on „what home means to you”.

Then, other bloggers, mostly publishing about DIY or handicraft, were invited to the platform and to participate in the campaign, sharing their take on the subjects through sharing their pinboard with their readers. And those bloggers had invites to give away.

That Pinterest marketing strategy gathered 300 bloggers and 10 of them published each week on a topic and linking back to pinboard. 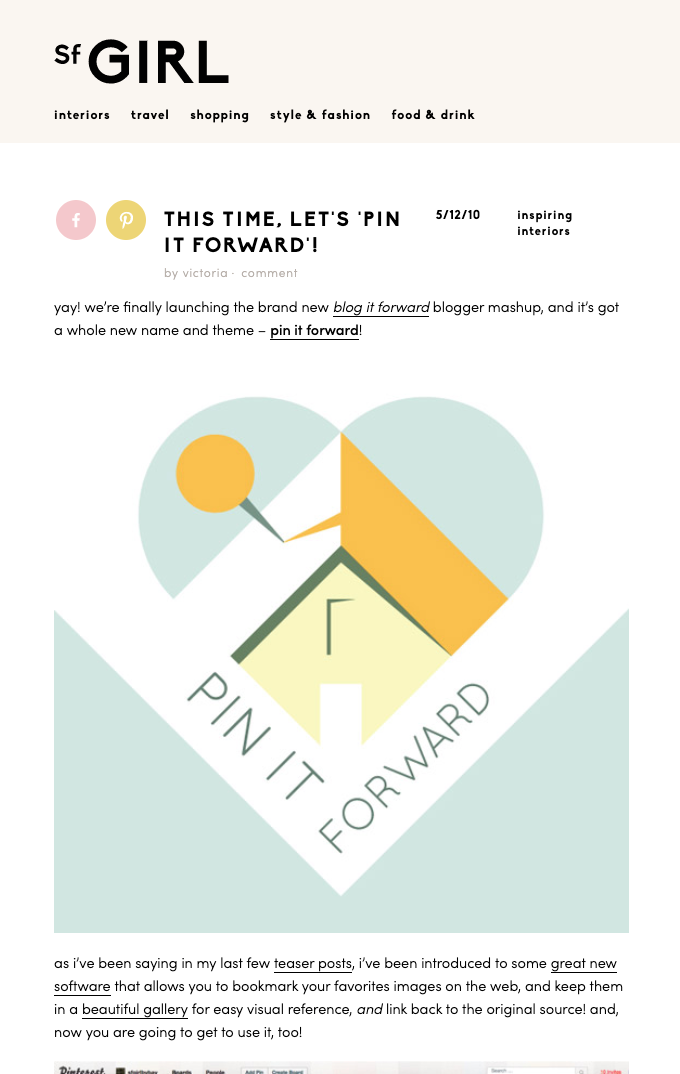 Although the founder wanted Pinterest to be used by everyone, for anything, the marketing efforts were carefully crafted around the target segment - DIY and handicraft lovers. Later on, it turned out that 60% of the Pinterest’s audience is upper-income women aged 18-34 living in the midland US.

Apart from the tactics described earlier, once the website gained traction, it has grown organically through users sharing their pinboards. Why? Because the boards are personal and show the creator’s taste–they were proud of their boards and wanted to share them.

Pinterest is known to be the 3rd biggest referral site, and it worked as such since the „Pin it forward” campaign. Bloggers used it to promote their blogs while Pinterest was promoted in their communities. At this time, some companies noticed that they are getting referral traffic from the site and also joined it. 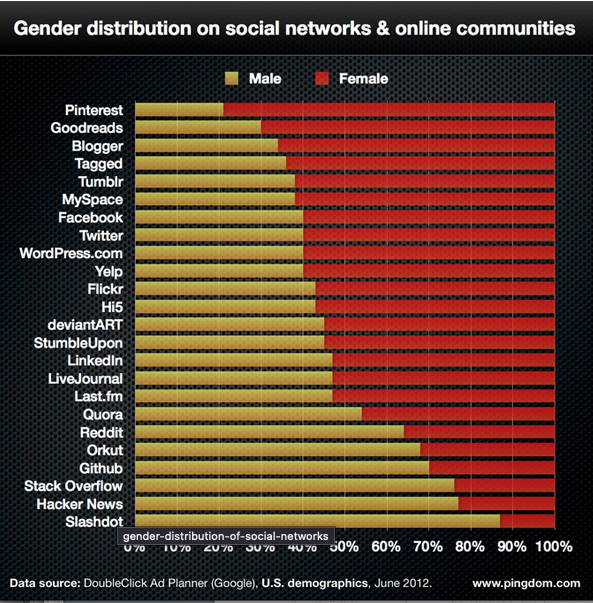 We tend to look for external validation and value higher opinions of the people we know. This is why referrals are so powerful if done by friends – not stranger companies.

The tried and true invite-only model creates a feeling of scarcity that makes users value the platform higher. Feeling the exclusivity of a closed platform sparks the demand.

„Pin it forward” campaign sparked curiosity in the bloggers’ audiences as they could see a completely new website experience. It was invite-only, though, and that made them look for ways to explore Pinterest on their own–find the link between what they know and how to get there.

Many huge businesses rose from a story similar to Pinterest’s – turning a failure into a huge success, so don’t give up. Apart from that, it’s striking how referrals and word-of-mouth can be effective. It started with the founder’s mom and bloggers but was enough to get the first couple of thousands of users.

Other than that – finding the audience wherever it was is also key. Even if that’s at the local handicraft club.

Apart from regular referral program, you can use a CRM software with already built-in marketing tools, like GoHighLevel - pricing.