Old Town Road by an unknown American rapper Lil Nas X - Within a few months song became the most famous hit on the world, making "Old Town Road" the Billboard's record for longest-running hip-hop song on the charts

Nas created a Twitter account and collected 30k followers. He did this with the help of memes and humor.

Cooperating with YoungKio gave Montero's a solid boost to his fan base. Lil Nas X has also received some help from YoungKio when it comes to some meme ideas.

There's no doubt the song is catchy. Also, there were not many cross-genre songs of country music and hip hop at that time. It was a hit right from the beginning. All it needed was a little push.

TikTok can push the content viral. As he had got sufficient level of popularity by December 2018, Lil Nas X started a TikTok challenge. It was called #YeeHawChallenge.

The thing was about posting a short video where somebody dances to some music, and then they drink a “yee yee juice” (it could be just a glass of water), and then “transform” into cowboys and cowgirls with “Old Town Road” starting to play in the background.

Nas wasn't the first to make good use of TikTok. Here's a video of another musician who realized the power of that platform.

Nas tried to collaborate with Billy Ray Cyrus early in December. He finally succeeded in March. Later on, he collaborated with other stars to ride the wave.

Collaboration with Cyrus boosted Nas' popularity even more. The “Old Town Road” remix with Billy scored millions of views, adding to the pool of what Nas' original song had done.

Nas was tweeting on a regular basis. With his lighthearted approach, he bought the hearts of people. Nas used Twitter to keep the conversation flowing around the remix with Billy Ray Cyrus.

He's got two Twitter accounts. One is “MONTERO”, which has got a Twitter approval mark, while the other is his more unofficial profile, called “that yee yee nigga” He uses both accounts to optimize his chances for success.

Montero has also taken advantage of TikTok, where he quickly created the #YeeHawChallenge trend. Countless videos of various people rode the trend, presenting the wildest variations of the “cowboy”/“cowgirl” transformations.

Mixing hip-hop music with the country genre was something unique. The competition there was minimal, and the song itself was apparently catchy, judging by the number of people who got in on the hype.

There was a controversy around the fact that “Old Town Road” has been taken out of the Billboard's charts. There appeared some doubt that the song wasn't really what country music should be like. This is because it contained sounds specific for other genres, such as pop and rap.

As a result, the song was taken out of the Billboard's Country Charts on March 19th, 2019. Nas didn't agree with the final decision, claiming that other songs of those times also included “trap drums.”

“Old Town Road” had 5 major, perfectly designed versions. Nas wanted to release various versions of the song to attract a wider audience and stay popular. All the versions were counted by Billboard as the same song, which made “Old Town Road” the Billboard's record for longest-running hip-hop song on the charts 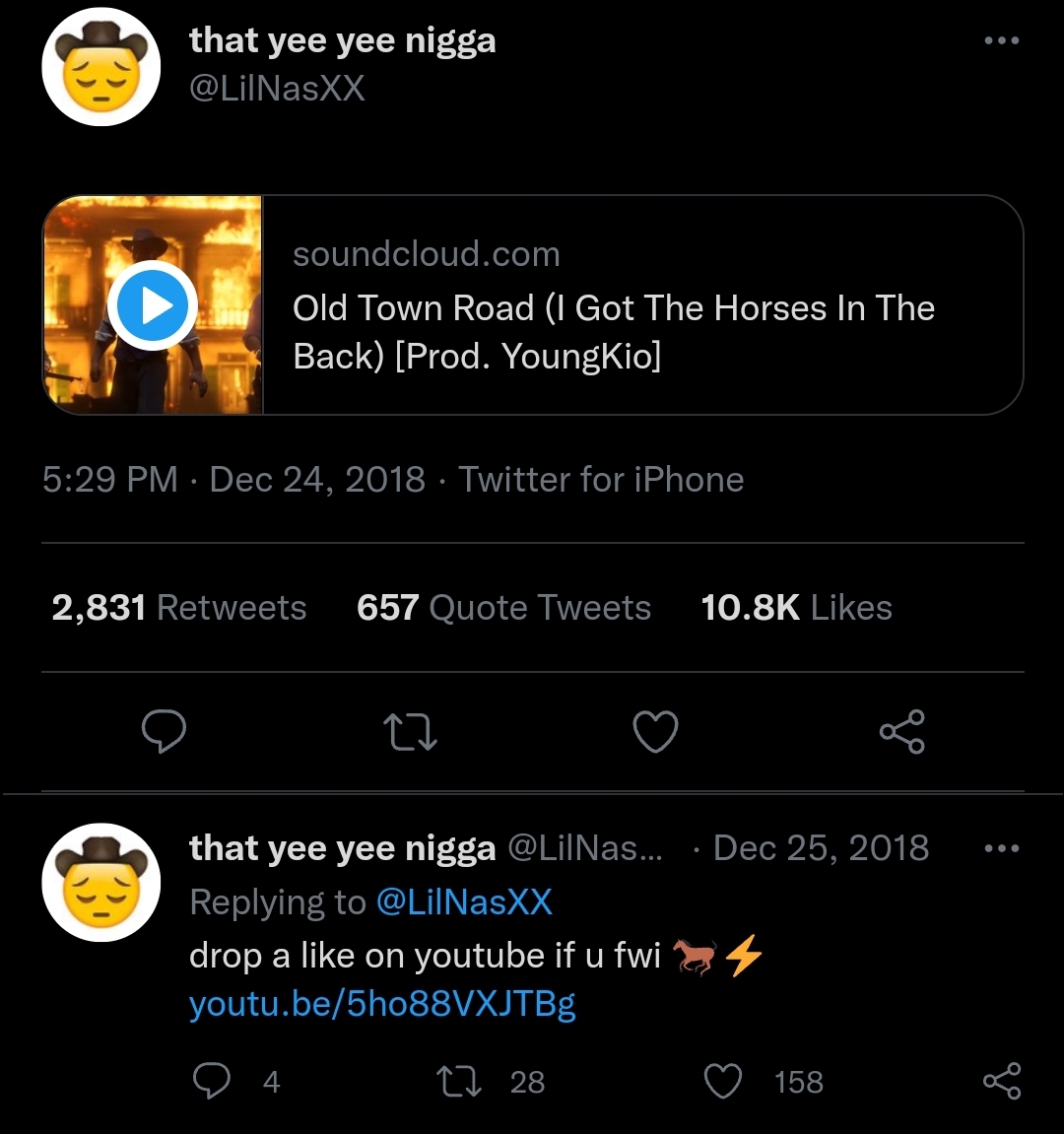 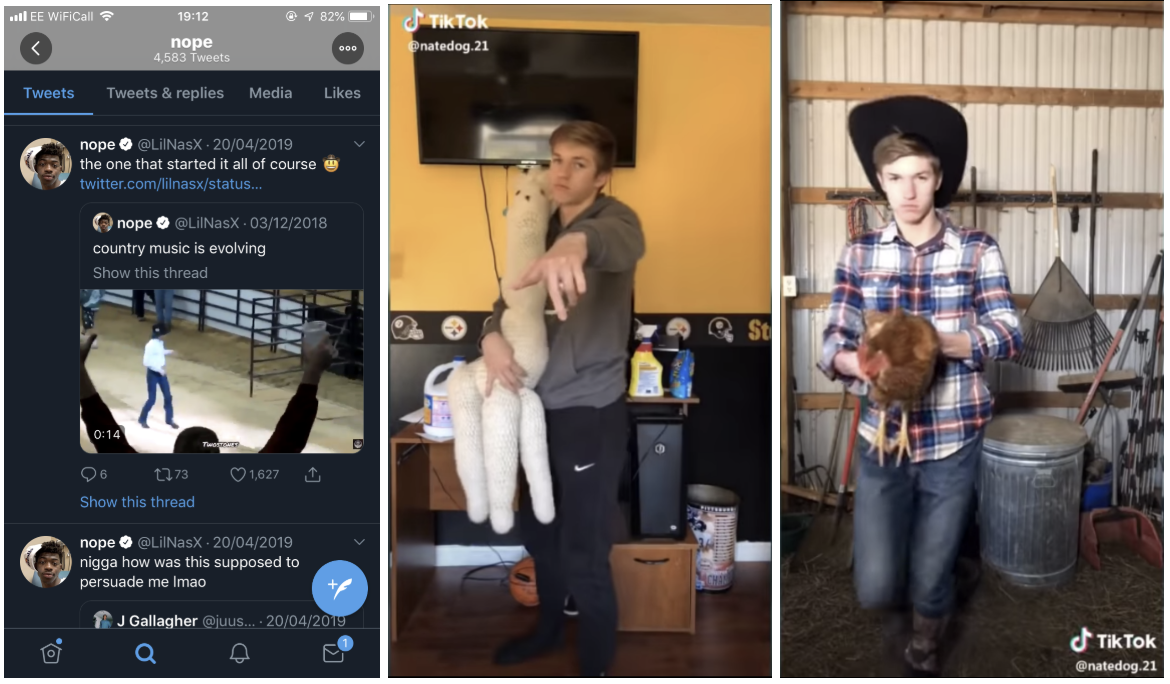 Challenges can be extremely addictive, especially to young people. TikTok is the perfect platform for these challenges to occur. Things like this can easily go viral due to the fact that users themselves are promoting the content, and inviting more people to accept the "challenge".

Joy is one of the most "viral" emotion to share. Nas knew this early on, that the perfect tool for his music to spread were video memes.

The lighthearted approach of Nas to the publicity and social media made people love him even more. The "American dream" of an unknown person becoming rich and famous is what made people share the song even more.

Banning the "Old Town Road" song from the country charts resulted in the unintended consequences of giving that ‘banned’ content more publicity. 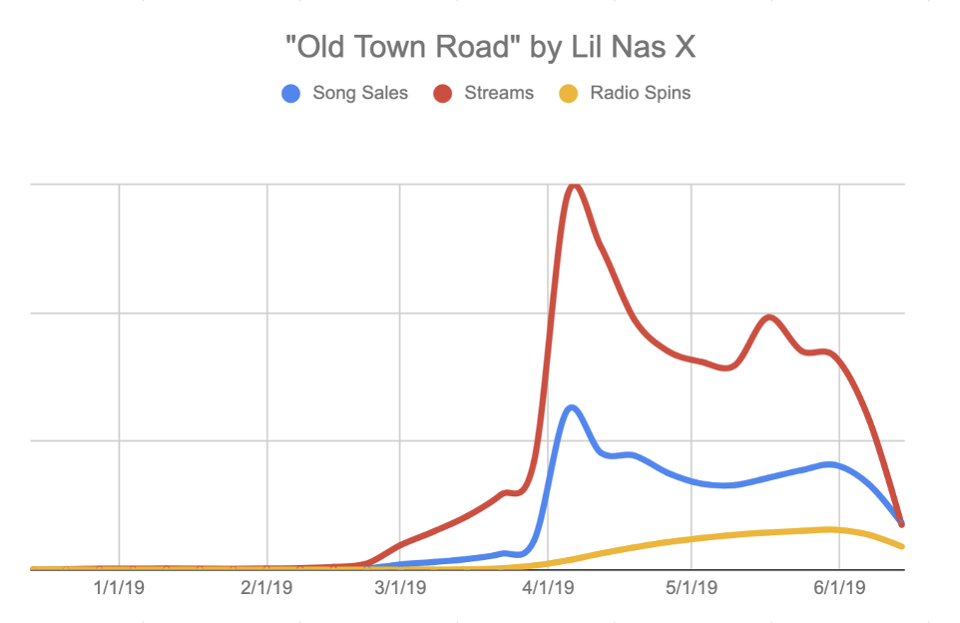