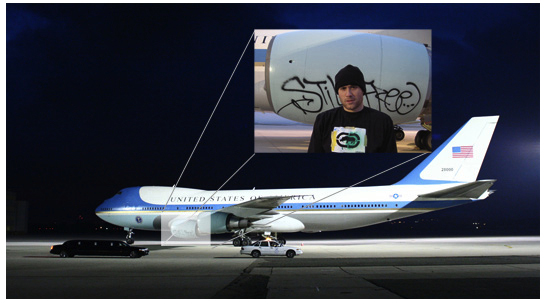 The main drive towards making the Air Force One graffiti stunt was promoting a game, but beyond that – wanting to make something remarkable for pop culture. Something so big, that it will be widely discussed and looked back at with nostalgia.

It also had to work from the branding perspective, to build Marc Ecko’s image as a street culture legend. Being a CEO of a $1 bn+ company made that requirements a little bit easier to achieve with enough budget. 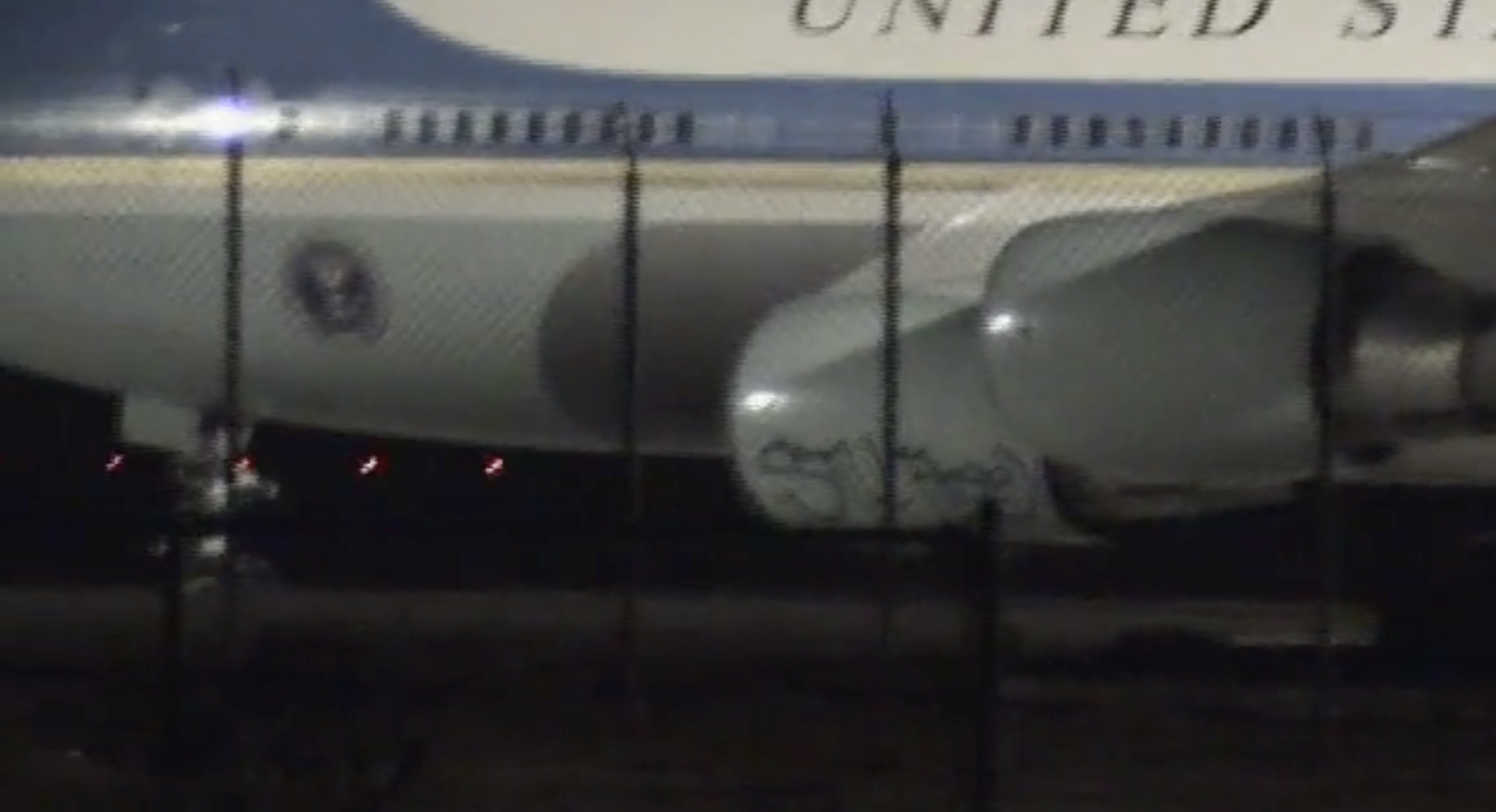 The idea in one sentence was to „tag the Air Force 1”. There’s way more to it, though.

First, the game which the video was promoting is about a graffiti artist who fights the system for the freedom of speech. His most iconic tags are those saying „Still Free”. That’s why that is also the tag that has landed on the presidential airplane.

Another clever aspect of the idea is picking the Air Force 1. It’s probably the most secured airplane in the world. It’s a matter of national security. Yet, someone successfully breaches all the security and paints the engine.

That would then lead to a discussion–who’s fault was it, how could anyone get so close to the airplane, etc. Politics and news journalists would keep the conversation going.

Even in 2006, the filming crew could’ve used CGI that would be convincing, but they wanted to make it look 100% authentic. This is why the video looks like filmed on a real home camera, the graffiti artists are real, and even parts of the action were unscripted–when filming near San Bernardino airport, they were spotted by a Police chopper. They quickly filmed the stunt and ran to the hotel.

In order to make the stunt look real, they took a real plane (not AF1, but similar), and painted it to look exactly like the original one. The artists had to jump the fence, etc. Although it was staged, all the action was real–to the extent that the Air Force 1’s security checked if they’d been really the target. 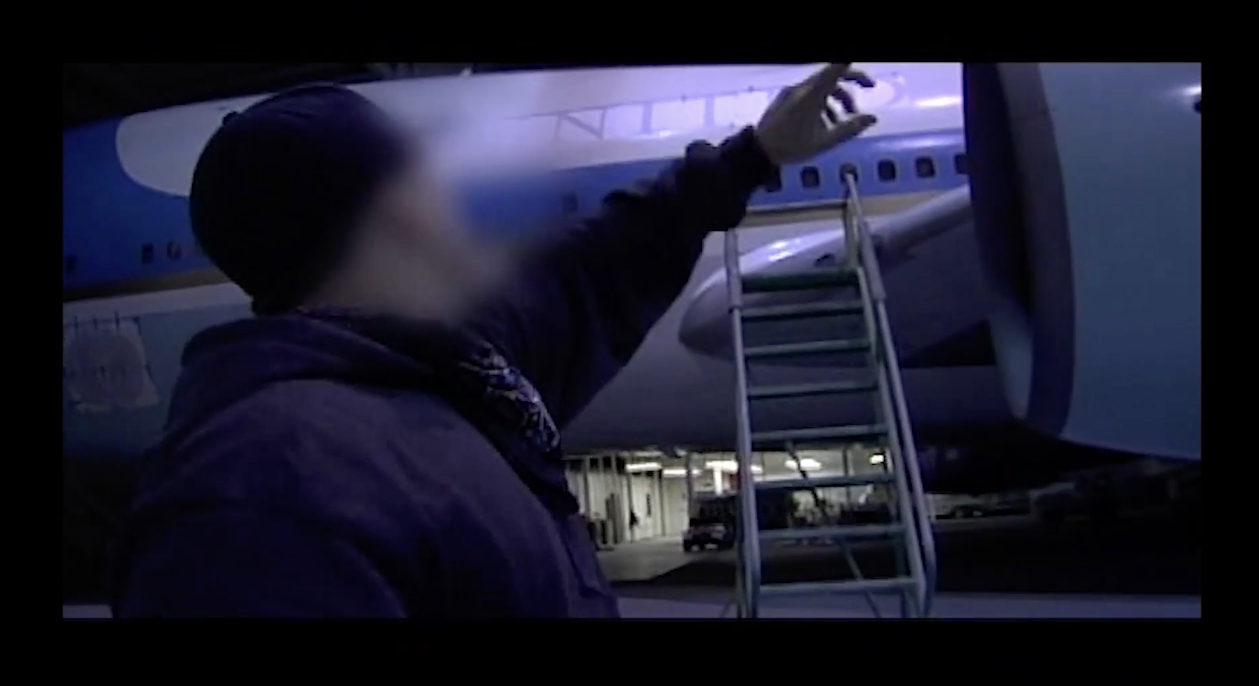 It’s all fun and games until it’s not. Before publishing anything, or even before recording anything, the lawyers of Marc Ecko and Droga5’s were carefully debating over whether they can get in trouble for anything related to the video.

One of the outcomes was stating at the beginning of the video that „none of this is real”, but for the viewer, that means nothing if the action looks so real.

Painting a plane is quite a big deal, even if they’d painted only half of it. The whole crew working with the Still Free video had to sign an NDA with fines for breaking it in order to make it all to the media as planned.

The video has been uploaded to Google Videos and then shared on 20 websites, probably with decent traffic – some forums, blogs, and niche news sites, whatever was read in 2006. That sparked the initial discussion that has been picked up by mainstream media on the same day.

Once it turned out that Air Force One graffiti viral was a hot topic, all the media – mainstream, local, and even from abroad, like in Spain or Germany – kept talking about it. That’s how the media work – if there’s a big story, every competitor will cover it, to get part of the views. That’s like a snowball. 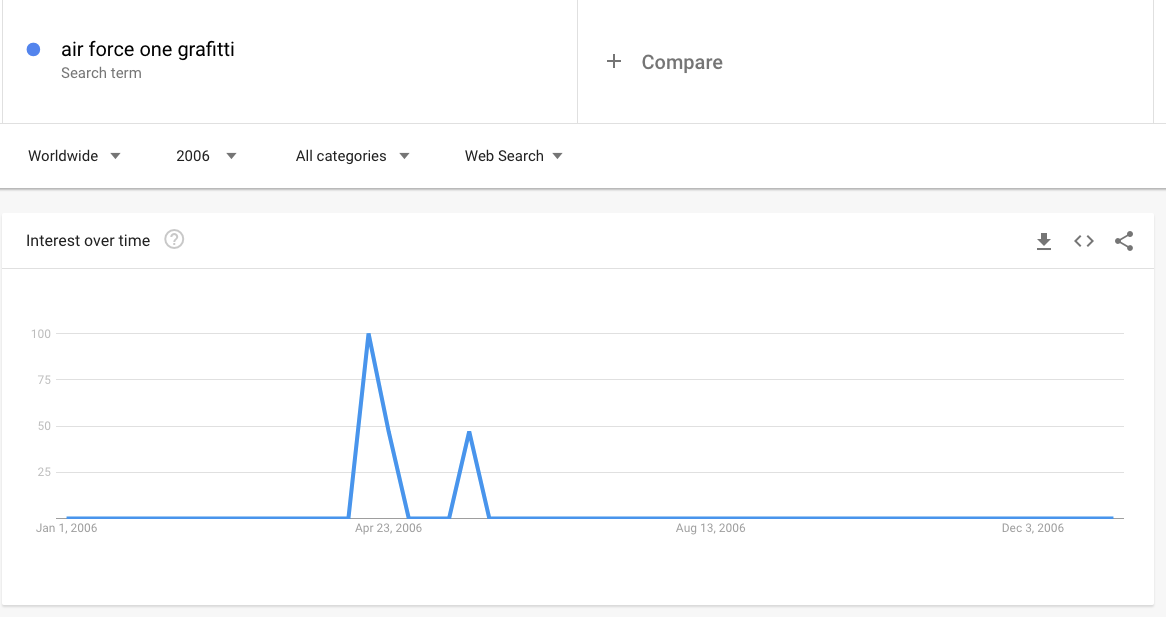 Controversies around the Air Force One graffiti stunt

The video of the Air Force One graffiti stunt was highly controversial and even though Marc Ecko has quickly admitted that he did the stunt – not saying it’s a hoax immediately – it was a hot topic for discussion. It looked like a very stupid stunt that could lead him to jail. It made fun of the authorities (a bit). There were thousands of angles under which it could’ve been talked about in the media.

The costs of the Droga5 Air Force One graffiti campaign are quite mysterious here. Ecko stated in a video that it’s around a million dollars but the exact amount had never been disclosed. However, no single dollar had been spent on the media. All went into production.

Air Force One graffiti viral – Working on the communication plan 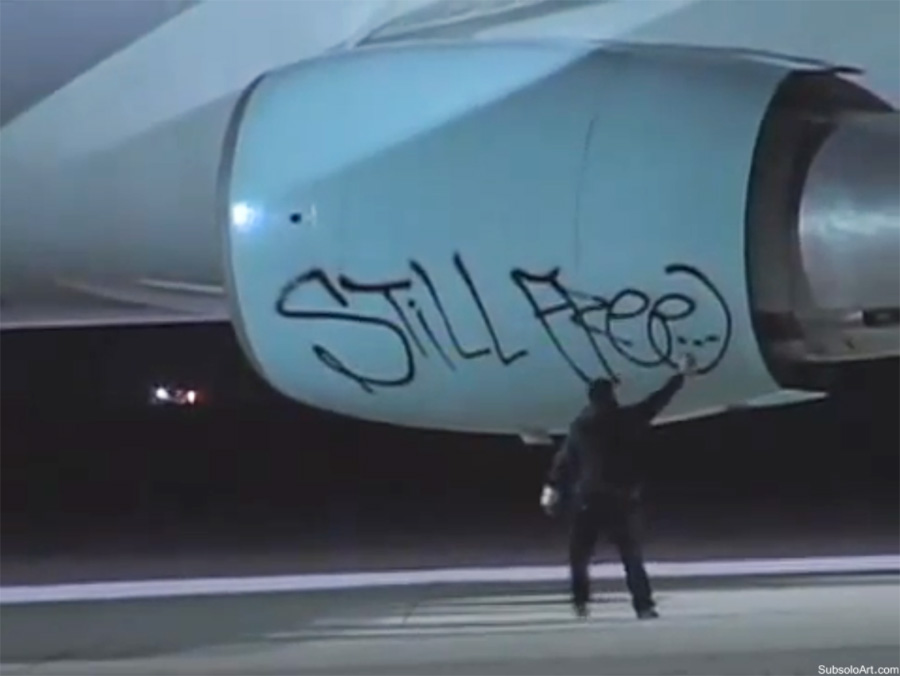 Brands that appeal as more authentic are preferred by clients. Ecko is built on the street cred and this Air Force One graffiti stunt only strengthened his image as an authentic street fashion persona.

People have a deep desire to seek out missing information. Uploading a video that tells part of the story makes viewers go crazy about how it happened, who’s behind it, what was the motivation, etc. That also reeled journalists in – giving only a fraction of the information.

Getting Up was released past the 90s graffiti boom, but there was something nostalgic about how the video had been made. That made the reception more positive within the target audience of youth.

People tend to support the side that is expected to lose. The Air Force One graffiti viral video looked like a hit to the government and the artists got some support from the viewers, as they could easily lose for what they did. If they did it on a real AF1, of course.

People pay more attention to negative events. For a regular citizen, breaching the presidential airplane security was something that should never happen – and the story got their attention.

Stories are more remembered than facts alone. Simply posting a photo of a tagged Air Force 1 could get some attention but watching a whole video of sneaking street artists and finally making it to the plane – that’s what made it more remarkable.

Although the internet was a much different place in 2006, it’s the ultimate example that you can go viral with a carefully thought out strategy. Tagging an airplane was a closely on-brand stunt which was then perfectly executed to drive millions of views and global coverage.