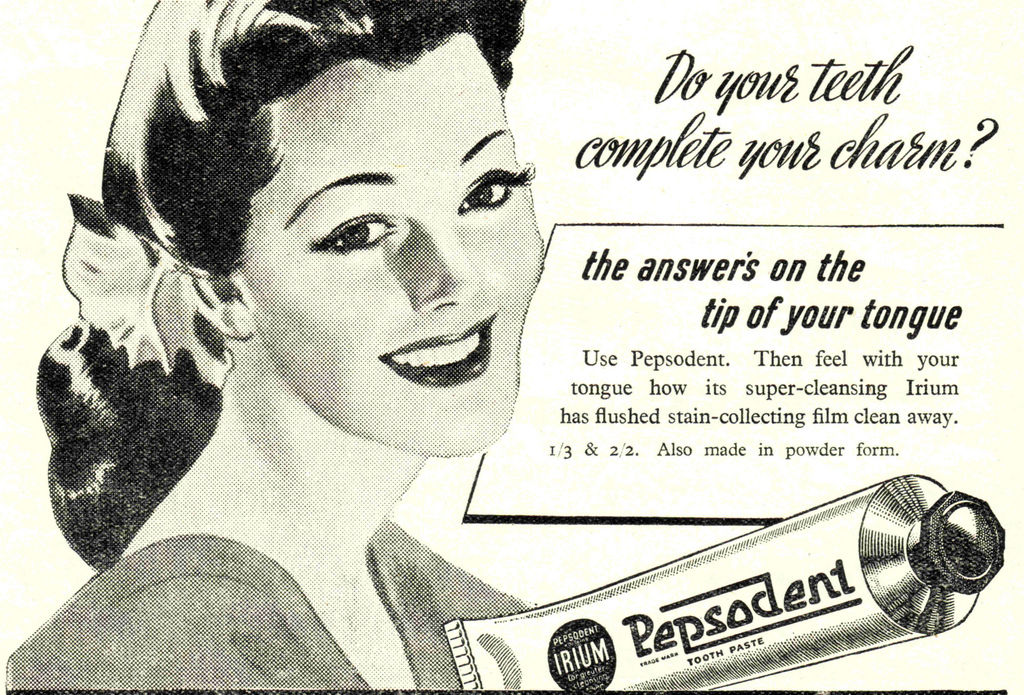 Pepsodent – a toothpaste company founded in 1915. Its great marketing was designed by Claude Hopkins and is the foundation for today’s marketing. Back then, their campaigns generated an overwhelming number of orders, for a product that seemed unnecessary.

Finding a problem and motivation the customer cares about

In the early 1900s, most people had issues with tooth decay, but no one was brushing them. The creator of Pepsodent approached Hopkins with an idea of making an informative campaign, explaining the benefits of brushing their teeth.

For Hopkins, that was boring. No one would be interested in applying a strange cream every day for preventive reasons if they could live without it their whole lives. He also knew that the country was full of door-to-door salesmen who sold similar products.

Hopkins went full creative and came up with the idea of making Pepsodent a beauty product. That was the ultimate motivation that convinced millions around the globe – bad teeth makes you look worse. A white smile makes you beauty. Later on, everyone wanted to have „that Pepsodent smile”.

What made the ads more persuasive was pepsodent hopkins' copywriting. For example, one of the first ads was:

“Just run your tongue across your teeth. You’ll feel a film — that’s what makes your teeth look ‘off color’ and invites decay.”

Suddenly, readers realized that there is a film on their teeth and any time they would feel it, they would think if they should be brushing their teeth. 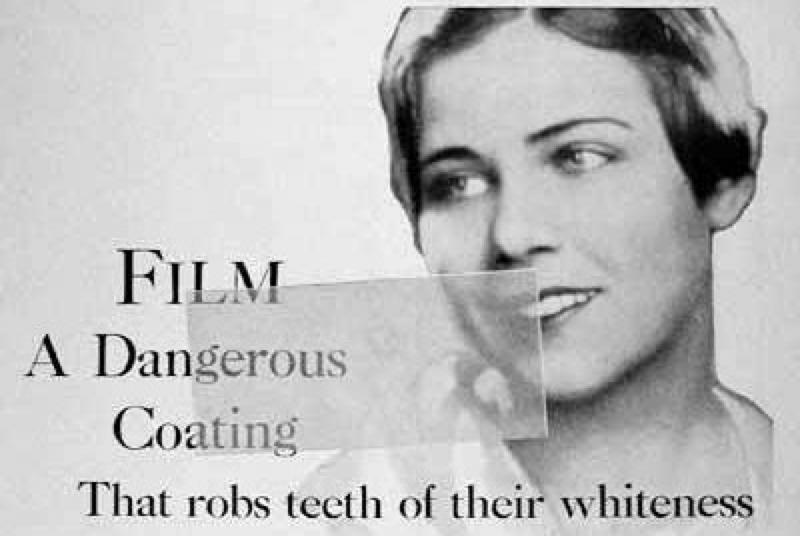 One step at a time

In the early 1900s, advertising was more about making attractive creatives and thus – branding. Hopkins thought about the whole buyer’s journey. He looked at the ad from the reader’s perspective and identified that even if he created a need to buy the product, the potential customer will likely buy it ‘someday’ which means ‘never’ as he’ll forget about it.

To address that, Hopkins decided to avoid selling and bring ad readers one step closer towards making the purchase instead. The idea was to incentivize cutting out the ad – this way, it could further push the customers.

Eventually, he thought about sending a free sample to anyone who used a form found in a newspaper ad. That was super-effective. For every 5,000 newspapers, 1,000 orders would come. The supplier couldn’t keep up with the demand. 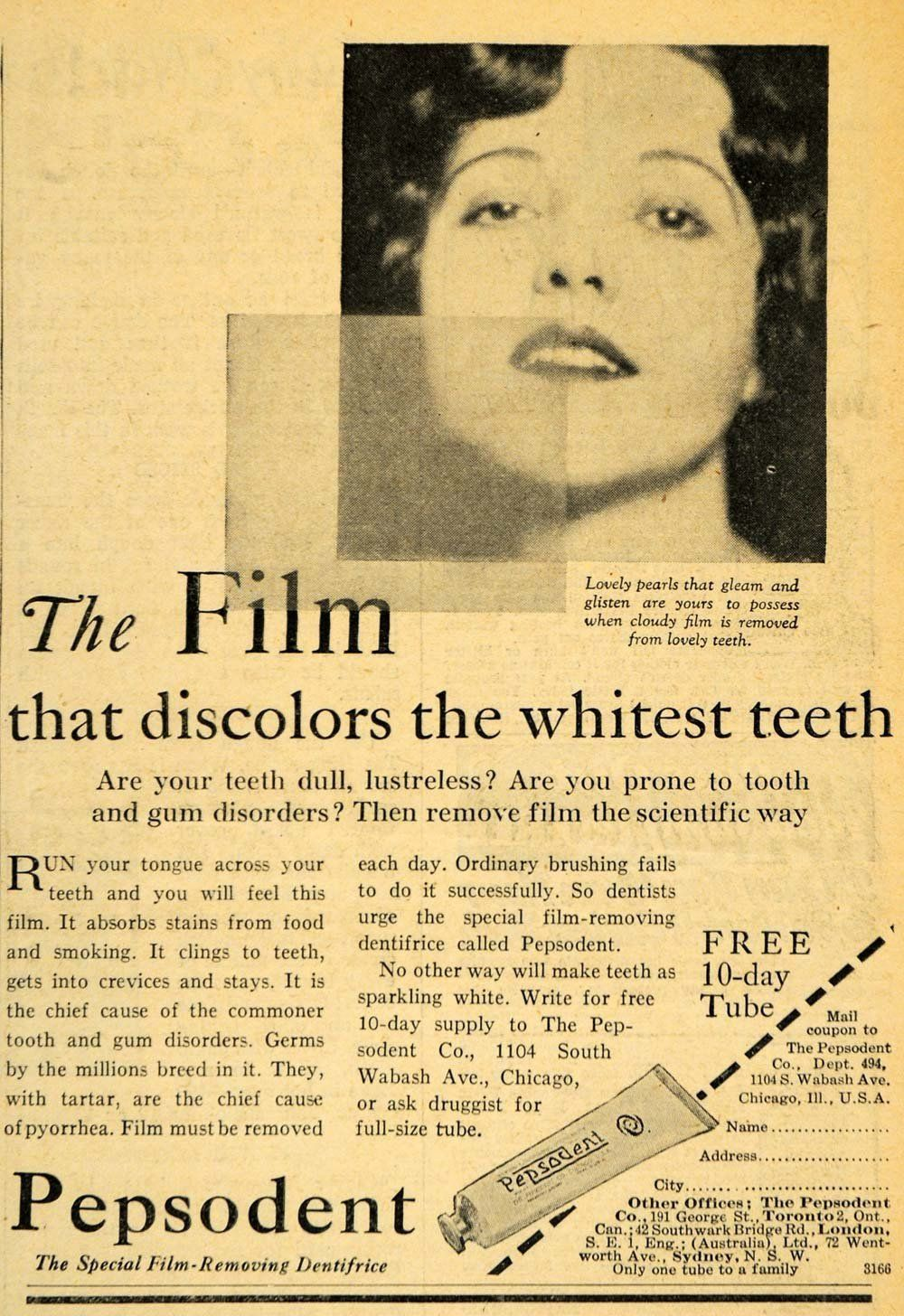 Hopkins was known for making people form a habit with the products he offered – probably intuitively, as science had known little about that process at that time.

He flipped throughout medical books and found reference to the mucin plaques on teeth, which he simplified with naming it ‘the film’. He attributed that this film is contributing to tooth decay – even though this film is completely natural and dental specialist later told that Pepsodent was actually worthless. It made the film go away, but it goes after you wipe it with a finger or eat an apple.

The power of habit

Forming a habit is done by linking a cue with a routine and a reward that enforces the habit. The long-term reward that kept people brushing their teeth was beauty, but they could also see every day that they wipe away the film. At the same time, if they brushed their teeth every day, they needed more toothpaste and bought a new tube.

It was hard to convince the lazy audience of the ad to give Pepsodent a try, so Hopkins needed something “extra”. He created a “new” feeling then – the “tingling”, which came after brushing one’s teeth with Pepsodent on their toothbrush. Customers’ gums and tongue were “tingling” because of the chemicals present in the Pepsodent toothpaste. Everybody wanted to feel it, and so a new habit was formed. Wanna that “tingle” again? But more Pepsodent!

How did Claude Hopkins sell Pepsodent?

Hopkins thought people are selfish – they don’t care about your product and your brand. They want to know what you can do for them. When he asked people to buy a sample of Pepsodent for 10 cents, they ignored him. He chose to go with the altruistic advertising way.

That meant, he offered a free sample and never mentioned that Pepsodent is for sale, nor did he mention its price. He shifted the costs of testing the product to the company. The word ‘free’ was attractive and all the communication was towards the best interest of the customer. This concept of ‘free trial’ was highly successful and brought billions to Pepsodent.

Apart from the copywriting itself and newspaper ads, Pepsodent was everywhere – it even had an animated banner on Times Square. It’s a part of the 1930s picture in America – it was even recreated in King Kong’s remake. 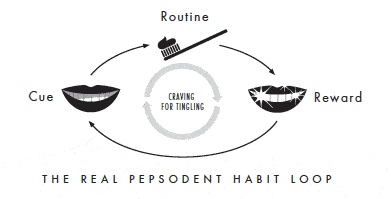 People’s decisions are influenced by how they are presented to them. With one Pepsodent, they weren’t interested in it as a medical or hygiene product, but it was highly appealing after it was framed as a beauty product.

Internal triggers are emotions and habits that tempt people to certain actions. They internalized that Pepsodent can make them look better and it motivated them towards using it.

The external trigger can be information that will tell the reader what to do next. That was exactly why ‘the film’ worked. People realized that there’s a film on their teeth and then what to do about it – brush their teeth. But you need toothpaste for that, and that’s when the Pepsodent toothpaste came in.

The more we see a thing, the more we trust it. With a large, nationwide advertising campaign, people were constantly stumbling upon Pepsodent’s messages. That made the audience believe more in it.

People have a need to pay back if they receive something. After they got the samples, used them, and saw they work, they could subconsciously want to buy the next tube.

Today, we can analyze hundreds of campaigns and get inspired on what could work in our case. Over a hundred years ago, that was pure intuition, and this is what makes Claude Hopkins’ campaigns so interesting today.

Apart from their results, of course. The times were different, as people read through all the ads but coming up with the idea of pushing customers just one step closer towards the purchase was groundbreaking. Even today, we often go straight for the performance, but if we can convince our audience to just try the product or just engage with the brand, the campaign actually might turn out to be more successful!