Flappy Bird - a simple, but certainly not easy mobile game, where "tapping" is the main thing. Tapping makes a bird rise slightly before quickly falling.

The game asks only that you pilot the bird through narrow passageways between two green, Super Mario-style pipes. A point is awarded for every pipe you pass. But touch anything and the cute bird tumbles beak-first into the ground: game over. 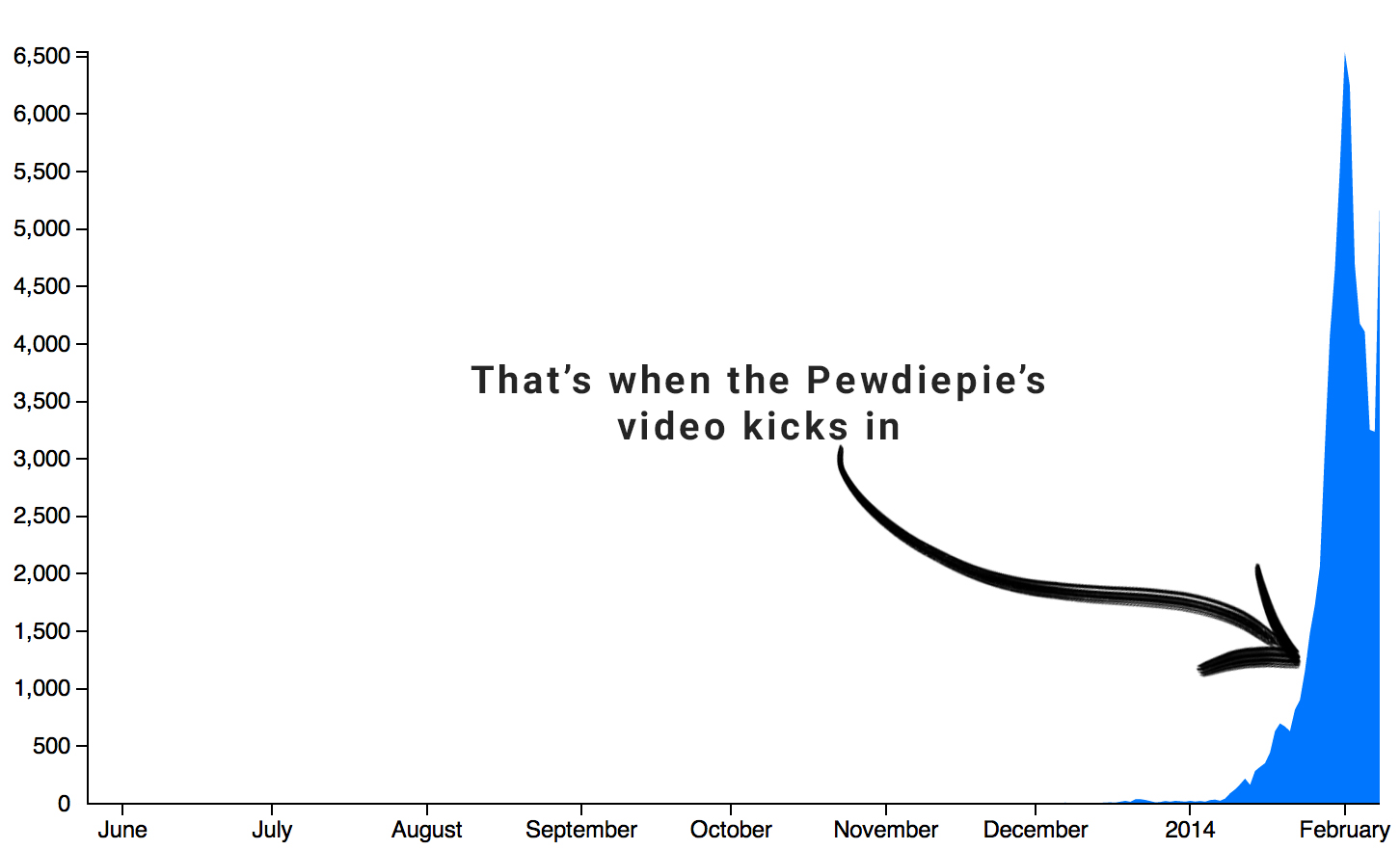 The old games' 8-bit style looks brings back memories. At the beginning of the game, the only instruction is to “tap.” Many people tapped once and found that their bird instantly hit the floor. From the very first few seconds of the game, you learn the consequence of doing things or not doing things.

Flappy Bird is a perversely difficult game. For most of the players, it takes multiple times of dying before scoring even a single point. It lets you learn by PLAYING.

Such super-difficult games are called masocore among the videogamers.

Masocore games are characterized by trial-and-error gameplay. Combined with repetition and progression, the intense difficulty of masocore games often produces a feeling of profound accomplishment.

Many players have expressed their simultaneous hatred for and commitment to the game—“I Hate Flappy Bird, But I Can’t Stop Playing It”

From an unheroic name "Flappy Bird", to overall design and “punch to the face” sounds when you die.

The simplicity of design and controls. To play, all you have to do is "tap".

The Law of Diffusion of Innovation
Adoption of a new idea, behavior, or product is a process. When promoting innovation to a target population, it is important to understand the characteristics of the target population that will help or hinder the adoption of the innovation. 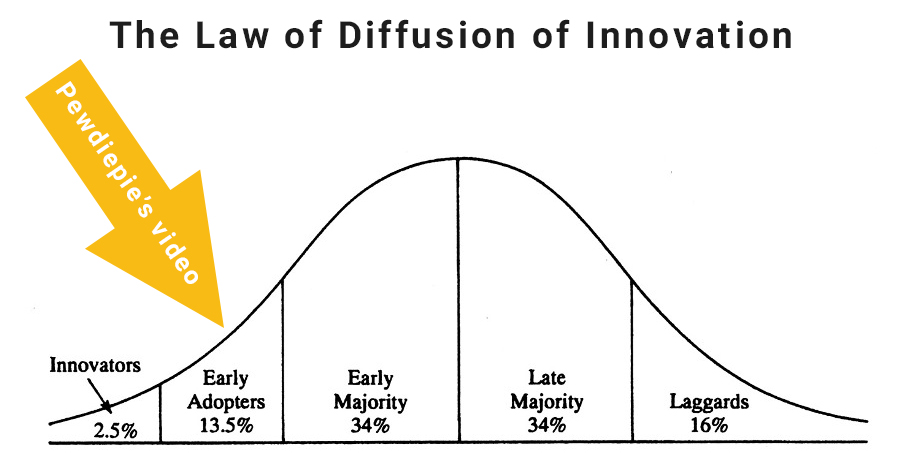 After Flappy Bird was taken down App Store and Google Play people started selling phones with the game installed for outrageous sums on eBay.

Many developers had tried to copy its success. Almost none of them succeded.