Harry's - Launched in 2013 men's grooming brand that collected over 100k emails in a week before their website launch.

Teamwork
Harry’s involved the whole team in the referral campaign process.
This gave the campaign the initial traction boost it needed to succeed.

Start with friends
The whole team emailed all of their friends about the product.
The contacts were categorized into two groups:

After months of closely examining the weight of razor handles, natural ingredient mixtures in shaving cream and angles of razor blades, we are really excited to only be days away from launching Harry’s.

You’re important to me and I wanted you to be the first to know about our plans for launch. We have just put up our pre-launch site, you can check it out at www.harrys.com.

Our full site will be up in about a week and I’ll be sure let you know when it’s live!

In the meantime, I’d love your help in spreading the word! Here’s how:

3) On the second page, refer friends using your own custom link back to Harry’s – and as a bonus you can earn free Harry’s products!

Thank you so much for all of your help and support. I can’t tell you how much we appreciate it. Look forward to continuing to share Harry’s with you and appreciate you telling the world!

All the best, [name]

Hope you’re great and everything is going really well at [Company].

I wanted to drop you a quick note and let you know that we just put up prelaunch site for Harry’s – check it out and sign up at www.harrys.com. We plan to launch in about a week. Super excited. Would love for you to pass the prelaunch site on to the [company] team and anyone else who you think might appreciate it.

Thanks for your help. You’re the best. Hope to see you soon.

The whole team did the following:

Referral program
By sharing the unique referral link with friends, users had the opportunity to earn free products.
The more friends signed up, the bigger the prize they earned:

Even the grand prize was within reach (50 users) - Over 200 people achieved this tier.

Tracker
The campaign page included a tracker, where users could see how many friends they had referred and what prize they had achieved, or not yet achieved.

Make sharing stupid simple
The second page included social sharing buttons.
When they clicked the icons, a dialogue box popped up with a pre-created message. All users needed to do was just to click "send". 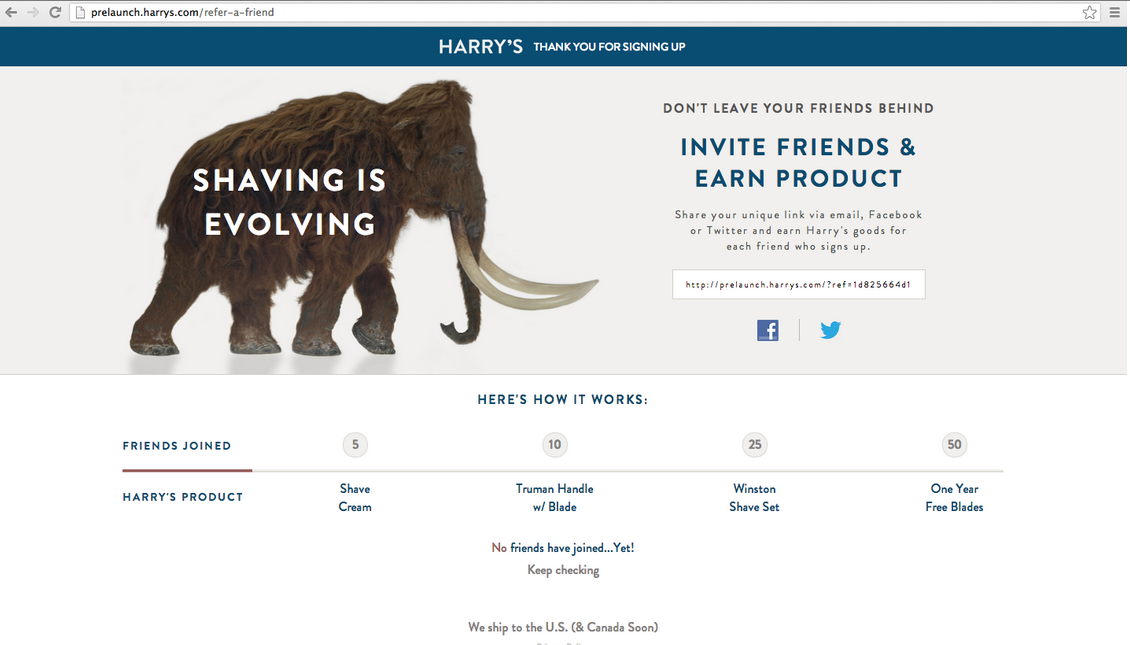 Playfulness
The copywriting of the website was playful and witty.
This approach differs from the regular more official approach other brands represent.

The main page said, “Respecting the face, and wallet since like right now.”

On the second page, the picture of a wooly mammoth was coupled with the words: “Shaving is evolving. Don’t leave your friends behind.”

Mystery
Mystery is a powerful marketing tool. It creates a strong level of customer engagement.

Founders of Harry's wanted to make sure their new customers had an impression there were entering the mysterious place.

Words like "STEP INSIDE", "Be the first to know" and a small drawing of a key were created to reinforce their early customers that they were getting insider access. 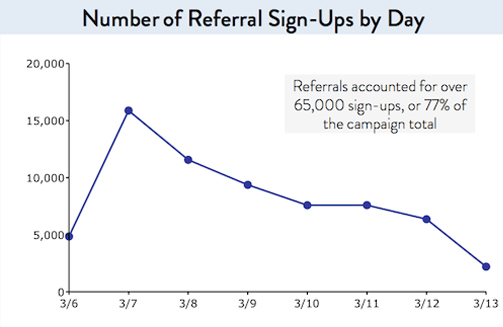 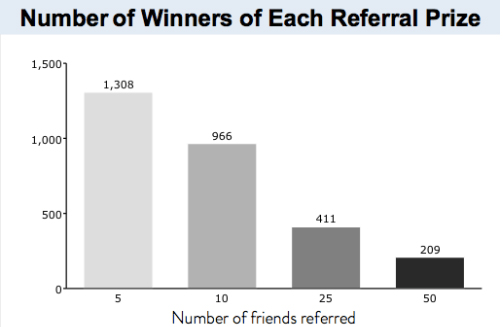 Referral programs are extremely powerful!
Here are a few types that you can use in your own business, today:

You can create similar Referral Programs using these sites:

Join 1207 Creative Wizards already having access to
The Biggest Collection of Viral Marketing Case Studies
that made over $300M in record time!