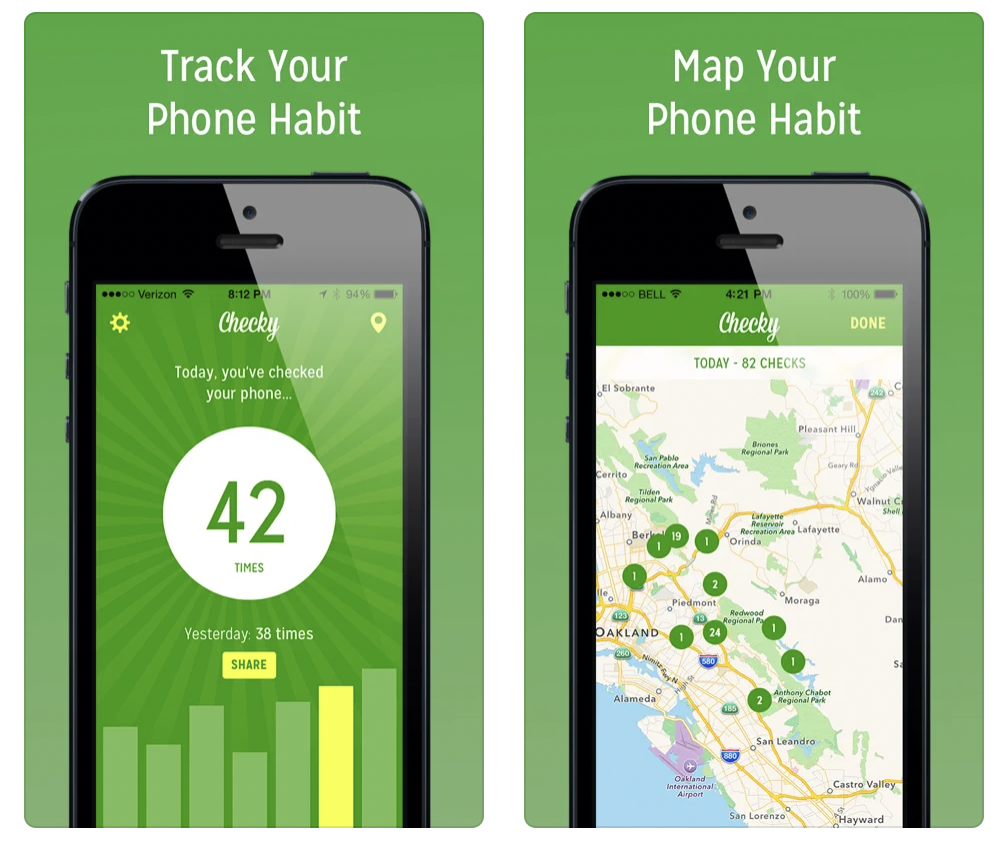 Checky – Checky was a side project of Alex Tew and his team. The creators of Calm created an app that allowed you to check how many times you’ve been looking at your phone.

The Checky app has been downloaded over 650,000 times and the Checky app popularity led to over 50,000 downloads of Calm.

The founder of Checky is Alex Tew – the same person who had co-founded Calm some time earlier. Alex Tew is a British entrepreneur who started his business journey by coming up with the Million Dollar Homepage idea at the age of 21.

Checky originated in a marketing hackathon. People from Calm would be organized in teams and for 24/48h they would try to come up with the best ideas for viral marketing and generating new users.

Alex Tew came up with the idea–and he’s not the only one–of building products for the now. To find something that has a viral potential, he looks at google trends, current affair news, memes, top selling books, and in general – looks for opportunities in what’s already trending.

Setting up the context

In order to make the marketing product be valuable to the main one, it had to be close to its topic. The users’ profile had to be similar. Calm taps into the problem of limiting digital clutter and Checky does the same.

The framework for generating ideas

Tew, who founded the Checky app, described the exact steps he takes when coming up with new ideas. First, gather ideas, then rest and wait, or even meditate and then do some brainstorming. By brainstorming, he means asking questions that can better shape the idea.

Also, the end result should be possible to convey in a tweet. If it’s not – you’d need to simplify it.

Many would disagree, but for Checky and similar ideas, the founder believes it has to be descriptive and catchy. This is what also plays its part in making products successful.

Checky app is also popular thanks to its simple design. Less is more. A simple functionality and design makes it easy to capture the product’s key differentiation and benefit. It also makes the onboarding seamless, as there are just a few buttons.

To quickly test the idea and make it cost-efficient, it has to be built quickly. Checky was created as a result of a hackathon, and built in just a day, so it could be verified instantly on the market.

Checky did one thing – it checked how often you picked up your phone. Many similar apps would be monetized by having 3rd party ads, but Checky app strategy was to drive the traffic straight to Calm, everywhere you are in the app.

It’s quite aggressive in that, as there are comments stating the banner hides the apps results.

Making a product that responds to the current affairs makes it highly attractive to journalists. As for the Checky app strategy, there was little marketing done for Checky, except for the idea. They probably sent a press release to editors they knew in Tech Crunch, Huffpost, and similar publications, as Alex Tew mentioned he was only surprised with being featured on The Colbert Report.

Being a guy who built a few startups that have been mentioned all over the media previously also helps in getting featured with the next one. 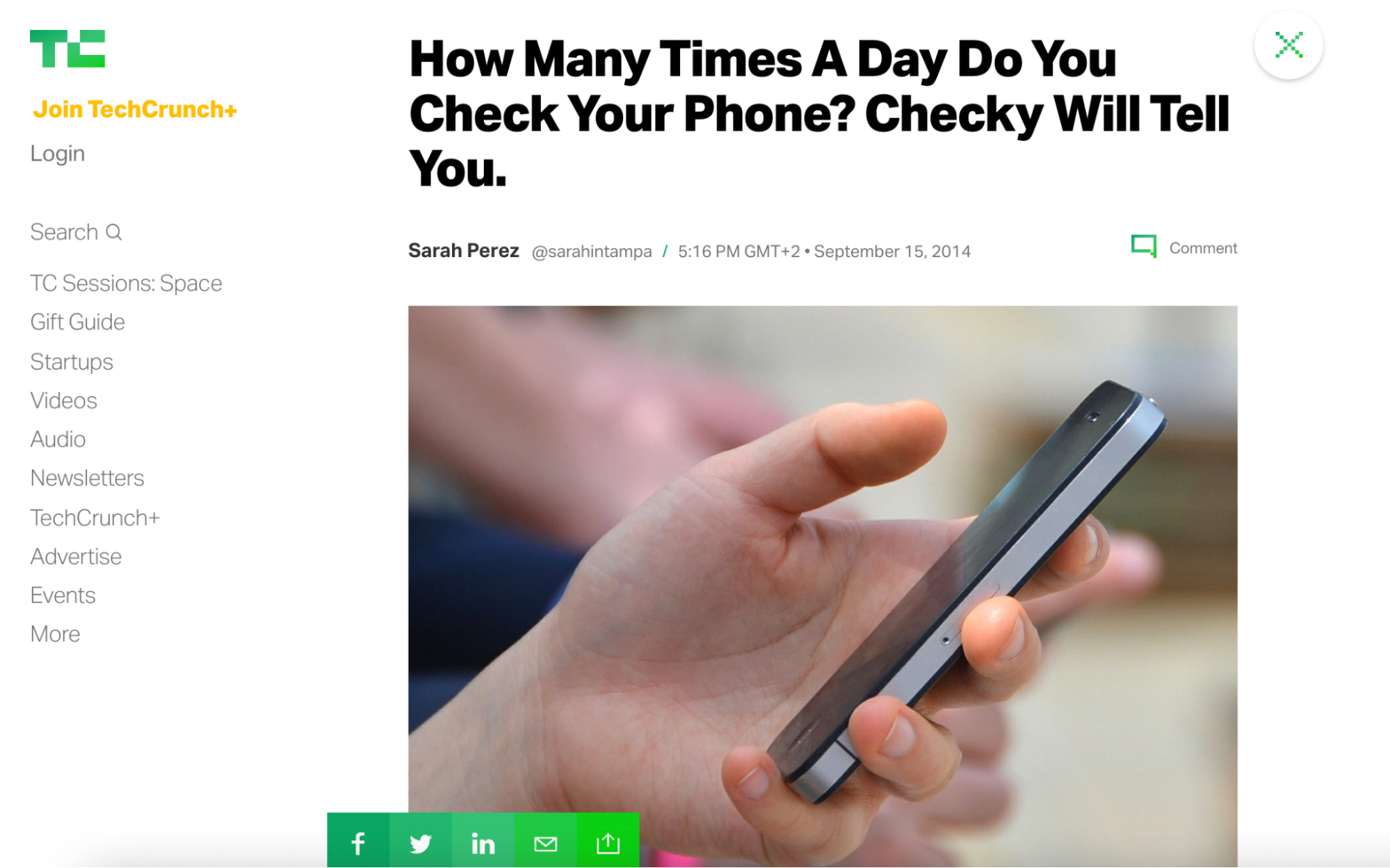 People’s current emotions influence their decisions. Whoever saw the articles and videos about the Checky app felt intrigued enough to instantly download the app. This is why it has been downloaded over 650,000 times.

People seek the missing information. This is another reason behind the Checky app popularity, and why so many people downloaded the app once they heard about it. They wanted to learn what it’s about and get to know a little bit more about their habits.

Checky app popularity was also based on the bandwagon effect. Many people, who used the app, shared their results with their networks. That made other people join the trend just because others were doing so.

We validate actions based on what others are doing. When someone learned about Checky, they quickly saw how many people are using it which made the app appear as more trusted and attractive.

The simplest solutions tend to be the best ones. This is what the Checky app strategy was all about. How to realize how much you’re using your phone? See how many times you’ve looked at it during the day. Boom. 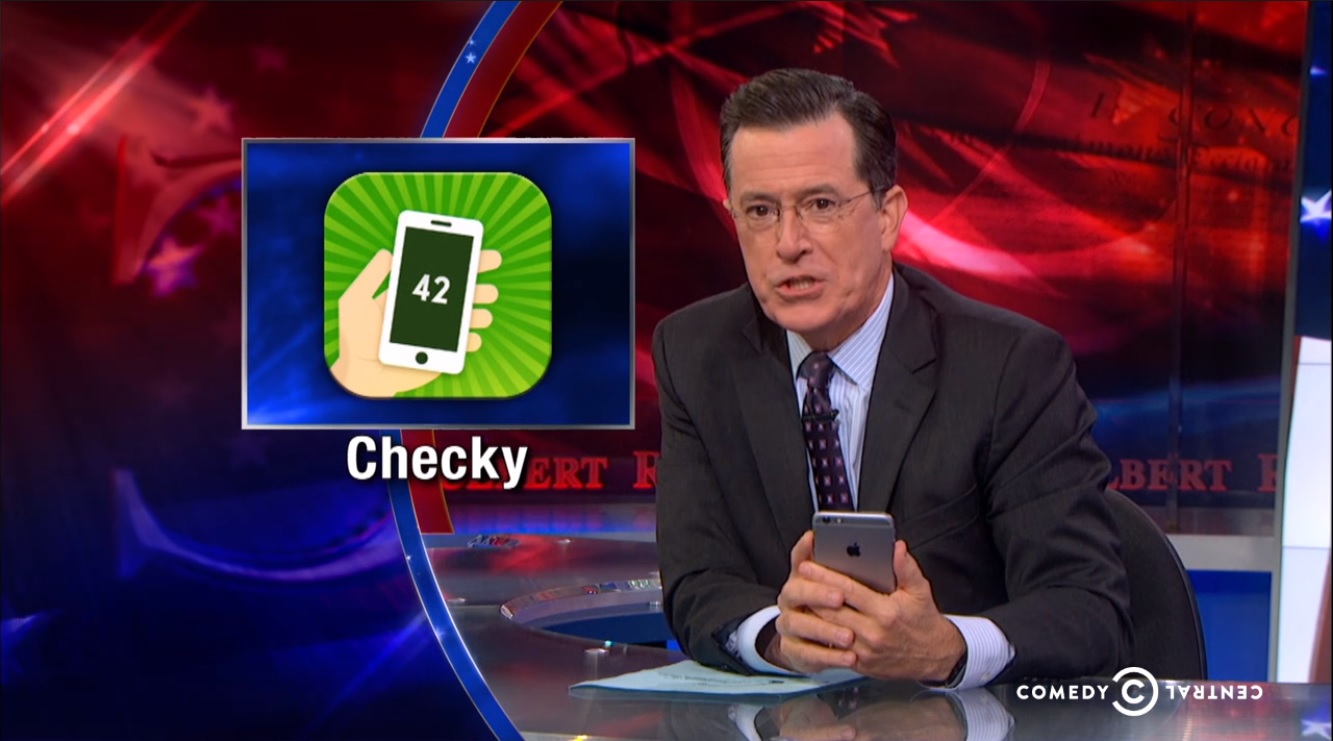 Checky was a simple app that provided just enough value to users interested in similar areas of controlling the use of technology and staying in shape mentally. That was close enough to the main app–Calm–but had a much larger potential to go viral. And if it failed, the loss wouldn’t be significant and Calm’s brand wouldn’t be damaged at all.

The framework proposed by Alex Tew has a large potential to work in other cases – just try it! Hacking news and trends was a large driver for many viral cases described here, while getting large media to talk about a project mostly brings real customers.