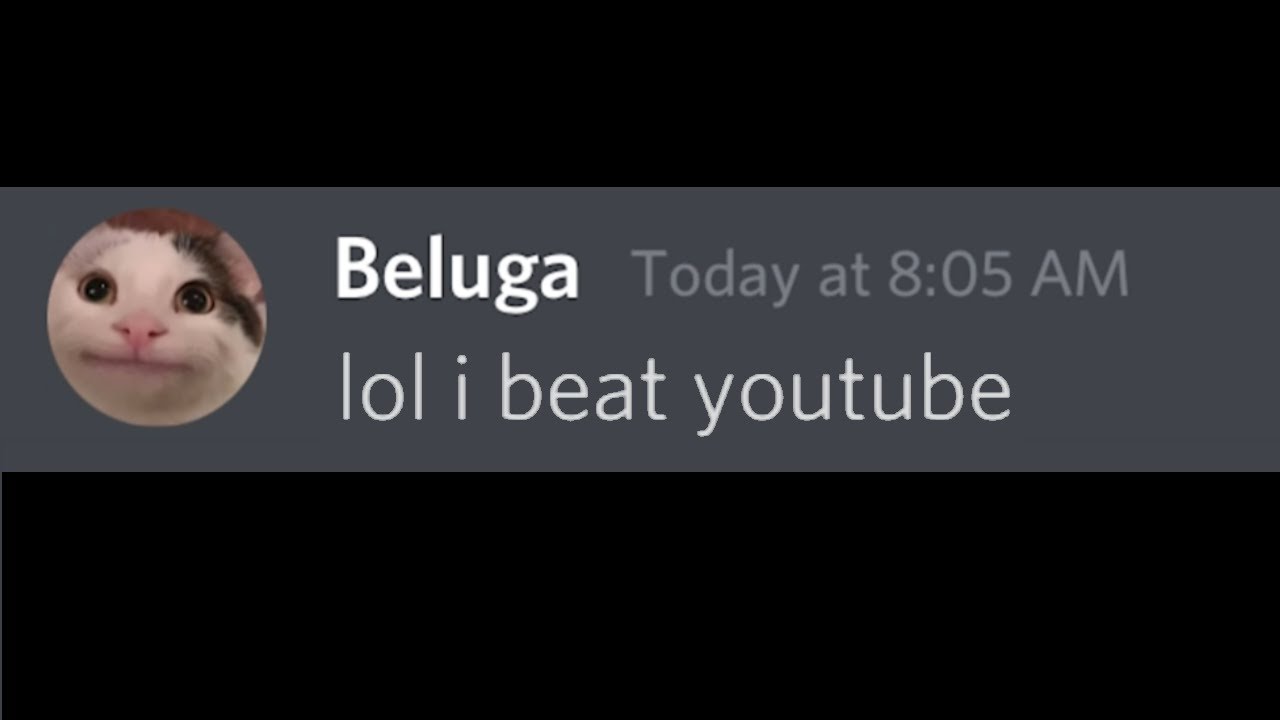 Beluga – YouTuber that posts meme-liked Discord conversation videos. He went from 0 to 4M subscribers in just three months, following a similar strategy for all the videos. Literally, every video he makes has millions of views.

This is a story of extraordinary YouTube’s channel growth – most of the strategies covered are for owning YouTube’s current algorithm, but in the Psychology section, we’ll cover why this works both for YT and for the people watching it. 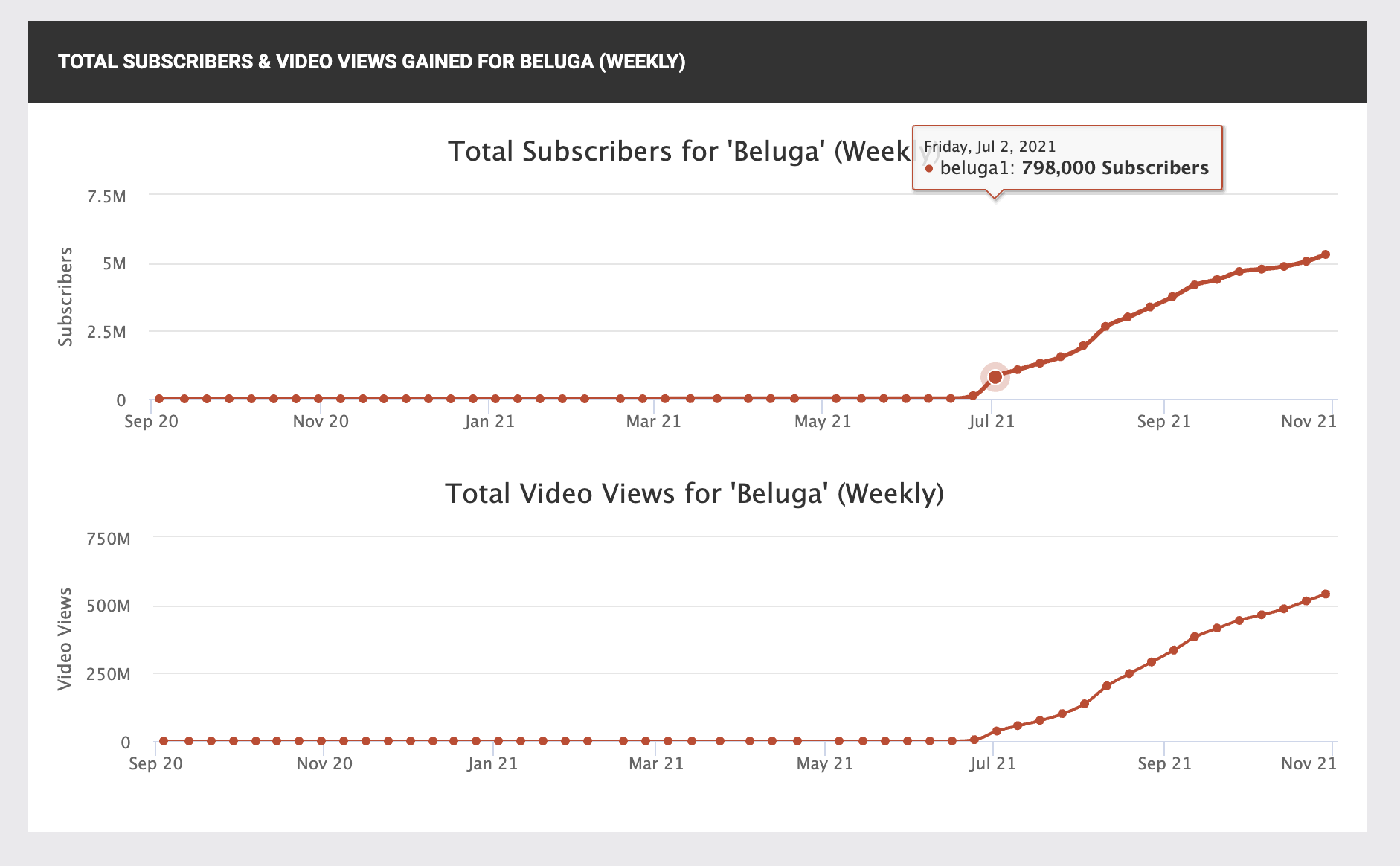 Who is Beluga the YouTuber?

Beluga is a 22-year-old (as of 2022) American creator of short, funny YouTube videos. Although his true name seems to remain unknown, he had many YT accounts, each with a different name (exploreId, Survival Mode, or ExploreTV).

Why is Beluga popular – Domain knowledge

Beluga came from a channel he created for over 3 years and with much success, getting to well over 700k subscribers. He knew the ins and outs of YouTube’s algorithm as he had a lot of data to analyze from the second channel. He could have a clear plan on how to grow a new one.

In case YouTube promotes creators that have some history, Beluga used an account that was active even before Explore Lucid Dreaming but used it after the second one was successful

Some people are convinced that changing the YouTube account’s name might have a positive impact on the channel’s performance. One way, or another, it seemed to be a part of Beluga YouTube strategy because he tried that method. Nothing happened initially, though. It could have had a role in boosting his channel so high.

Each social media platform’s goal is to provide a user with content that makes him stay for as long as possible – then their cost of traffic acquisition per user goes down and the ad revenue per user goes up.

The session time could be measured by few metrics – for how long are the videos watched, what is the CTR for selecting another video, are the users keen on watching more videos from this creator, etc.

If all that metrics look good for the first 1,000 viewers or 24 hours, it will be suggested more and more, getting more views.

You can see, that in almost each video’s description, there’s a CTA of ‘watch until the end’. This influences the session time, as well as is seen by the algorithm as interesting and engaging. This is also done by making the videos short and the action extremely fast-paced – you blink and might lose part of the storyline. People that watch the video are also encouraged to leave a comment, which might also engage them more.

How did Beluga get his first subscribers on YouTube – Cross-promotion

Beluga has been present on YouTube long before his meme videos channel, but as soon as Beluga started the new channel, he used his other accounts to promote the new one. It wasn’t that significant for 5M subscribers, but could be important for getting the first few of them.

All the titles are short enough to be seen in full and are designed in the same way – the title makes a statement while the thumbnail builds curiosity. All thumbnails are designed in a lo-fi, homemade style that adds authenticity but also stands out among other videos.

Why is Beluga popular – Storytelling

The algorithm might drive traffic to a video, but it has to be well-received by the human beings in the first place. The storytelling in Beluga’s videos is really engaging while following the same scheme – there’s a relatable situation, a new character enters it and clashes with/is misunderstood by another character. The story continues until the punchline at the end, and that’s the reason why Beluga YouTube channel is so popular.

Almost every video follows the same route, but the first few didn’t get so much visibility. However, since they were probably designed to hack YouTube’s algorithm, they eventually found their way to land in the Recommended section. Once that happened, more and more videos were uploaded and catched that wave of interest.

Let’s not forget that although the strategy looks well-calculated, good timing or pure luck could have also come into play, but they were used to the max with consistent video uploads.

The consistency of Beluga YouTube strategy lies in the fact that most of the videos are Discord-themed. That creates a context and attracts a certain target of Discord users that might relate to the stories, are probably gamers, within similar age of below 30, etc.

Humor makes experiences more engaging and memorable. This is why after seeing the video, you’re more likely to share it, even later on.

Using uneven numbers makes people think it’s well-calculated, compared to even numbers that feel too perfect. Some of Beluga’s videos use that (like „97.1% effective”).

People have a deep need of feeding their curiosity if they know the result, but don’t know how to get there. Beluga’s videos are ‘sold’ by the thumbnails that show what’s happening just before the story is revealed. It’s hard not to click them at this point.

Things that stand out are more memorable to our brains. These thumbnails do stand out.

The thumbnails look amateur, but that makes them more human – and people prefer interacting with brands that have the human side.

Beluga’s case might be the best so far to find out what’s working on YouTube. He did all that is recommended – made his fans engage with the videos, watch them end-to-end, make them want more, and spend more time on the platform. Easier said to be done, but with proper storytelling, on the title/thumbnail and in the video, you can get to extraordinary results!

But you might need some luck, too – no one knows the algorithm really, that are just some data-backed assumptions.